Home > Blog > My Odd Case of Writer’s Block, Or, How I Spent Six Months Writing One Paragraph 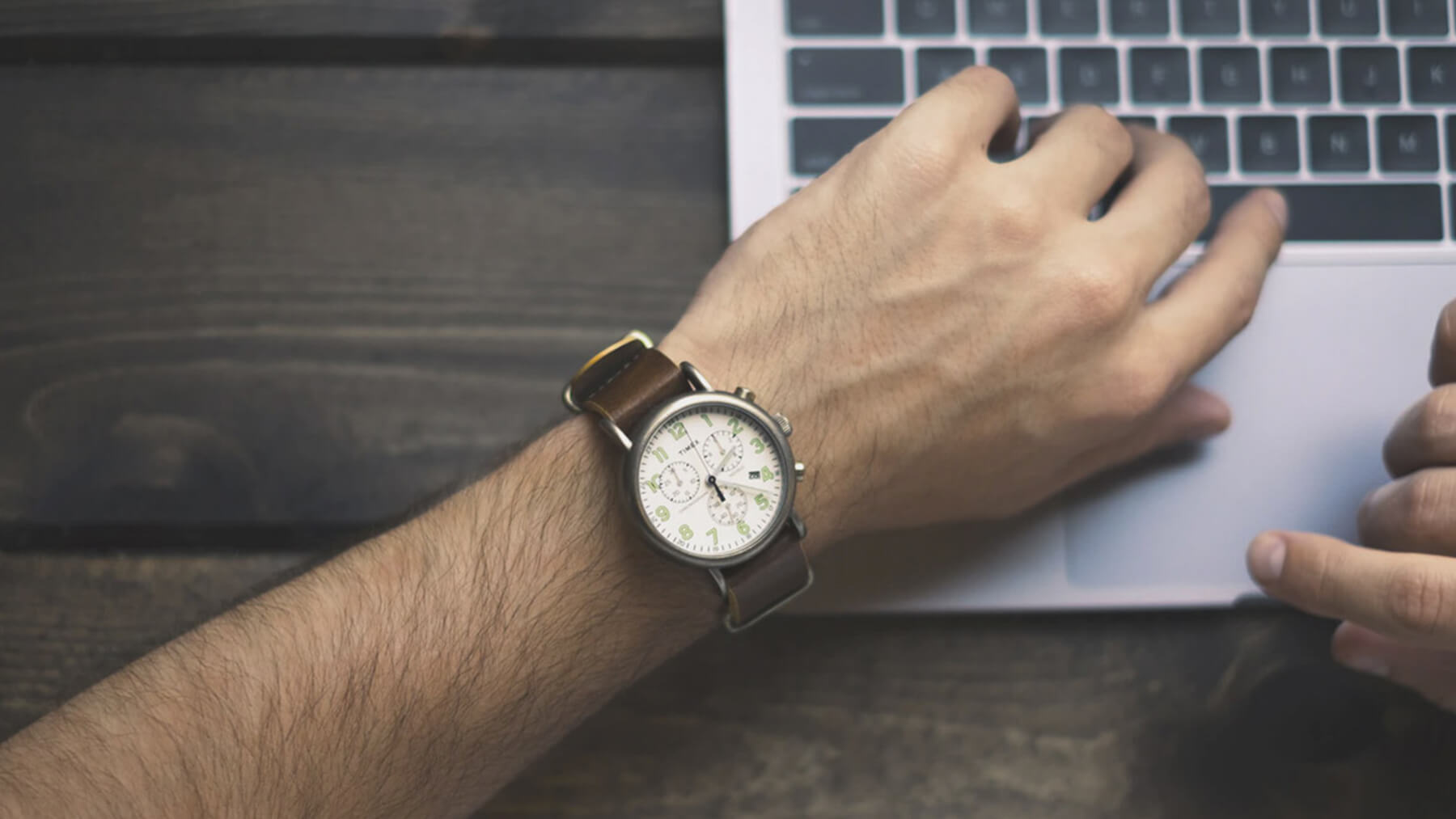 Sharing the Past is an unprecedentedly detailed account of the intertwining discourses of Canadian history and creative literature. In this post, author of the book J.A. Weingarten discusses his own personal experience with writer’s block, and why it took him the best part of six months to complete his book.

By Fall 2016, I had finished nearly all of the writing for my recently released book, Sharing the Past. One thing remained: I had to complete a paragraph that I’d been agonizing over for nearly six months. It was a deceptively simple statement: I needed only to admit to my reader that I didn’t know everything. Let me explain.

The primary point of Sharing the Past is to show that creative writers – freer and typically more willing than academics to write experimental and deeply personal histories – have found the means to write histories that are (as I say in the book) both “intellectual” (based on factual events and sources) and “felt” (made emotionally powerful by the sharing of intimate, often familial, connections to those events). David Zieroth writes about his grandfather’s experience in Canadian internment camps, Louise Halfe writes about the devastation wrought by residential schools on her family, and Andrew Suknaski writes about the struggle his family faced as it joined the massive waves of Eastern European immigrants during the early twentieth century. The stories are big and small: focused on large historical events, but seen through the affective lens of a familial experience. Many readers have connected to these “big and small” histories in ways that they have not connected to the scholarship of conventional historians focused on “big picture” stories (e.g. tales of the political elite, memorable policy, large-scale events). I make that distinction with greater care and context in my book, but, for now, let that basic contrast suffice.

One thing many of the writers in my book have in common is that their personal approach to history compels them to acknowledge, in one way or another, that their histories are, by virtue of their subjectivity, open to corrections and/or expansions. “My family’s story,” these writers often seem to say, “is just one of many possible perspectives on history.” In other words, no one can really claim to know everything about the past. It is brave to write as passionately as creative writers do about history and then to acknowledge, simultaneously, one’s limited ability to write the past fully and accurately. There are, I say throughout the book, so many ways to tell a story, and each author I discuss acknowledges that plurality of approaches.

So here was my conundrum in Fall 2016. I was writing a scholarly history of history infused with my own feelings and beliefs, and so it became clear that I was trapping myself in a corner: I was praising authors in my study for their candid admissions that their knowledge about history has limits, but I was not sharing with my reader that same humility. The issue became more complicated as I began to write about experiences far removed from my own: I was writing about leading Canadian authors of the feminist movement in the 1960s and 1970s like Margaret Atwood and Lorna Crozier and about Indigenous authors publishing since the 1980s like Louise Halfe and Joan Crate. The broader the reach of my book (eras, cultures, figures, et cetera), the more I felt it was necessary to say something about my own limits as a scholar. I began to feel hypocritical because of my omission. Every one of my authors happily celebrated that they could not know everything about the past … why was it so hard for me to write a paragraph that said something so obviously true of my own historical writing? Of course I don’t know everything! Of course my book is open to correction! Of course more could be said than I say! So why couldn’t I just say that?

The cover of Peter Steven’s Family Feelings & Other Poems makes an implied connection between photography and family.

It took me six months to find the words. And during those six months, I thought incessantly about my odd case of writer’s block. I gradually found some clarity … partly by rereading the poetry on which my study focuses and partly by reading eye-opening scholarship that unpacks questions about different systems of knowledge in and outside of Canada (I was especially influenced, for instance, by Deanna Reder and Linda Morra’s Learn, Teach, Challenge).

Here is what I realized by Fall 2016: as a young scholar I felt I needed, at all times, to wear a veil of certainty. Whether I put that pressure on myself or whether it was put on me by others (or both) I do not know. I have always been a bit of a perfectionist (flashback: my first day of kindergarten, trying desperately to cut a perfect circle, and looking angrily, crying and disappointed, at the splintery oval I’d cut out of construction paper). Having the answers – as many of them as possible – seemed important during my time as a student, both before and during grad school. It was my own failing that I came to believe, consciously or unconsciously, that having answers was the key to earning respect for my writing. Perhaps that was something deep-seated that had grown unchecked over the years, fed by the uncertainty, stress, and confusion of pursuing a grad degree.

The end result was, in my early 30s and finishing my first book, I couldn’t wrap my head around the idea of claiming expertise and then admitting, in the same breath, that I was fully capable of being wrong. That admission became something over which I obsessed. The time I shared with that one paragraph was no longer just about finishing my book; it was about taking a step forward as a writer, professor, friend, son, husband – now a father – and all-around human being.

Those six months spent writing one paragraph changed my relationship to my book. They changed my relationship to my knowledge and self. I look back at the process of writing Sharing the Past and, as proud as I am of the book, I think of it now as a learning process for me. Not a crowning achievement, but the process through which I learned (with the help of poets, novelists, and scholars) to speak more honestly about my writing and learning. That paragraph entered the text without anyone ever realizing (minus those reading this blog) how much time went into it or how significant it was for me to write it. It surreptitiously snuck in line, joining the row of paragraphs ahead and behind it, the way I used to bud into the movie theatre line as a kid. It blends in unnoticed. Just another example of many things I wrote and will write.

The paragraph, for those interested, has been reproduced below:

“When I began this book about ten years ago, it had not occurred to me – at least not with the same force it now does – that every scholar, including myself, has limits to and gaps in their knowledge. I draw attention to this point because Indigenous scholars have often outlined the danger of holding firmly onto knowledge without questioning or recognizing one’s own position. While writing this book, a colleague had advised me to emphasize my expertise over my openness to correction, but I felt then – as I do now – that such an addition would be disingenuous in a study so concerned with the value and limits of individual knowledge. Intelligence, like compassion, is not achieved through assertions, but rather by making a genuine effort to reach a deeper understanding of a time, place, or perspective. While it may be necessary in a scholarly study to assert expertise, it seems equally important to acknowledge that a persistent problem in settler-authored studies is the deployment of uncontested, imperialistic interpretations. It would be irresponsible to pretend that I, as a third-generation Canadian and as a scholar entrenched in settler traditions of language and literature, could fully step back from those personal and academic positions. Hence, my discussion here – informed by years of research, interviews, and thought – will still surely invite expansion and possibly correction. Those outcomes seem to me ideal, because my critical efforts in this chapter, and in this book, are determined encouragements of further conversations, not assertions of rigid conclusions.” (Sharing the Past, page 205)

Click here to find out more about Sharing the Past: The Reinvention of History in Canadian Poetry since 1960.

J.A. Weingarten is a professor in the School of Language and Liberal Studies at Fanshawe College. His research centres on modern Canadian writing, print culture, and book history.

Thinking about Thinking: Kenneth S. Stern and How to Be a Better (Global) Citizen
Interrogating the Concept of Categories - an Interview with Lochlann Jain