Home > Blog > From the Archives to the Bookstore: Writing the History of the American Canoe Association Encampments 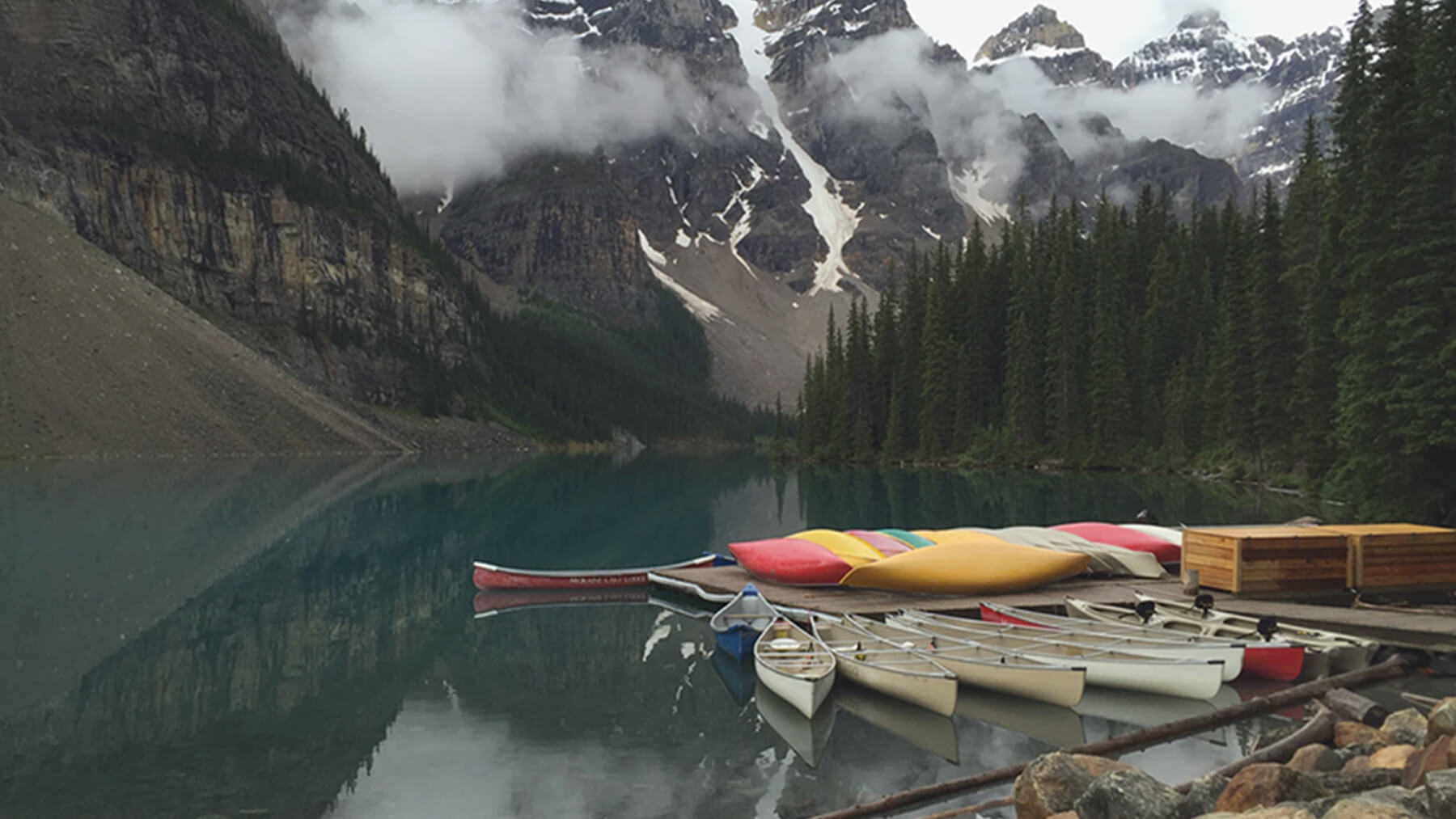 I became a historian in the basement of Bata Library at Trent University. I was enrolled in a third-year course on Canadian women’s history for which Professor Janet Miron had assigned a research paper based on primary sources. I found my way to the Trent University Archives (TUA), where Bernadine Dodge and Jodi Aoki shepherded me through the process of identifying and working with archival sources. The focus for that paper was early girls’ summer camps in Ontario – TUA is home to the records of the Ontario Camping Association – which remained a topic of interest for me as a Master’s student and which ultimately directed me towards the canoe as a subject of study for my doctoral dissertation.

The canoe is, of course, a massive topic. I had always proposed to study the history of women and canoeing to the Graduate Committee in the Department of History at Carleton University. It was in the archive, specifically the Adirondack Museum Archives (now the Adirondack Experience) in Blue Mountain Lake, New York, that I came up against the impossibility of this project, but was also gifted a more manageable topic.

The Adirondack Museum, at that time, had bound copies of Forest and Stream magazine, which during the late nineteenth century enthusiastically supported and documented the activities of the American Canoe Association (ACA), a voluntary society founded in 1880 to bring together canoeing enthusiasts from across the continent; in spite of its name, it had a sizeable Canadian membership in the early years. As I turned the periodical’s large yellowed pages, I had my first glimpse of the organization’s summer encampments.

Beginning in 1880, the ACA hosted an annual gathering at out of the way, if not entirely wild places on both sides of the Canada-US border. For two to three weeks in August, canoeing enthusiasts from Toronto, Philadelphia, Montreal, Boston, and many places in between came together to sleep in tents, socialize, and sail and paddle canoes. I soon realized that these events, which usually featured a multi-day regatta, excursions, campfires, spectacles, and more, offered an opportunity to consider the social worlds that grew up around canoes and by extension the politics of sport and leisure.

From the archives in Blue Mountain Lake, I found my way to Mystic Seaport in Mystic, Connecticut, and the New York State Historical Association (now the Fenimore Museum) in Cooperstown, New York, both of which boast sizeable collections of ACA records and ephemera; the archives at Mystic Seaport have 43 boxes and 8 volumes dating from 1881 to 1987, while the Research Library at the Fenimore Museum has 5.5 cubic feet and six oversize folders of materials covering 1879–2009. These collections, which are primarily composed of official records like meeting minutes, annual reports, and correspondence, provided the scaffolding for the project. The texture of the meets came from a thorough search of newspapers local to the event sites (the ACA set up camp in 15 different locations between 1880 and 1902 before establishing a permanent encampment on Sugar Island in the Thousand Islands in 1903).

While it was a pleasure to visit small repositories on both sides of the border to look through old newspapers, you can imagine my joy when I stumbled upon New York State Historic Newspapers, a free, searchable, full-text database of upwards of 400 newspapers, dating from 1795–2014. This website, which currently has more than 9.5 million periodical pages, enabled me to cast a much wider net (sixteen of the pre-1903 meets were held in the Empire State and even when the encampment was elsewhere, New York State newspapers from communities large and small reported on the event), which in turn allowed for a more nuanced understanding of the encampments. Consider, for instance, this excerpt from an 1896 issue of the Syracuse Evening Herald: “The events in which the ladies participated excited more than usual interest. The contests though short were watched from start to finish by an eager throng, who with craning necks and shouts of encouragement for the various favorites, cheered the contestants on.” Whereas a regatta programme indicates the existence of women’s races, periodical accounts tell us something about the meaning and significance of those races.

I came to know the encampments in different ways through photographs. The ACA Collection at the Fenimore Museum includes more than 500 images gathered by C. Bowyer Vaux. Many of these photographs were taken by Seneca Ray Stoddard, a well-known nineteenth-century photographer who was a familiar face at the ACA meets from 1881 to 1896, but Vaux also collected images from other commercial and amateur photographers. Taken together, these photographs at once support and subvert dominant narratives about the ACA encampments. They played a particularly important role in revealing and reconstructing the labour that enabled the annual events, which is the subject of Chapter Eight in my book, and disrupting the notion of the meets as exclusively spaces of white, middle-class leisure. This Stoddard photograph, for instance, was the first one I saw documenting the presence of a Black person at the encampments. It inspired me to pay closer attention to other visual and textual sources.

A rich and eclectic library of secondary literature helped me to make sense of what I was reading and seeing in the archive. One of the joys of this project was being able to read widely about topics as disparate and related as middle-class foodways and interior design, liberalism, circuses and minstrelsy, waste management, Indigenous craft production, and boat design and amateur sport. What emerged from this entangling of past and present sources and thinking was an account of an annual event that tells us as much about the significance of sport and leisure in the late nineteenth century, both for the individuals and for society, as it does about the ACA and canoeing.

I came to this project as an avid canoeist and I remain one to this day, but I understand the canoe and myself as a paddler in different ways as a result of this research. White settlers appropriated the canoe, eventually transforming it into a craft and, enabled by colonial policies of dispossession and assimilation, they paddled and sailed at their leisure. I have benefitted from these same policies, though I did not see that until I began to study the canoe. Understanding colonial histories of the canoe has not only re-shaped my approach to canoeing as a physical and ethical practice, but it has also inspired me to find ways to support the resurgence of Indigenous canoeing traditions in the place that I now call home, Denendeh.

Jessica was granted a PhD in History from Carleton University in 2012. In 2018, she was appointed as a Research Associate at Aurora College. In 2019, she was further appointed an Adjunct Professor in the Faculty of Kinesiology, Sport, and Recreation at the University of Alberta. Beyond academic journals and presses, her writing on recreation, culture, and the environment has appeared in Up Here Magazine, Edge YK, and Barista Magazine.

From the Archives to the Bookstore: Writing the History of the American Canoe Association Encampments
You Are What You Read