Home > Blog > What Stalin can teach us about raising refugee children 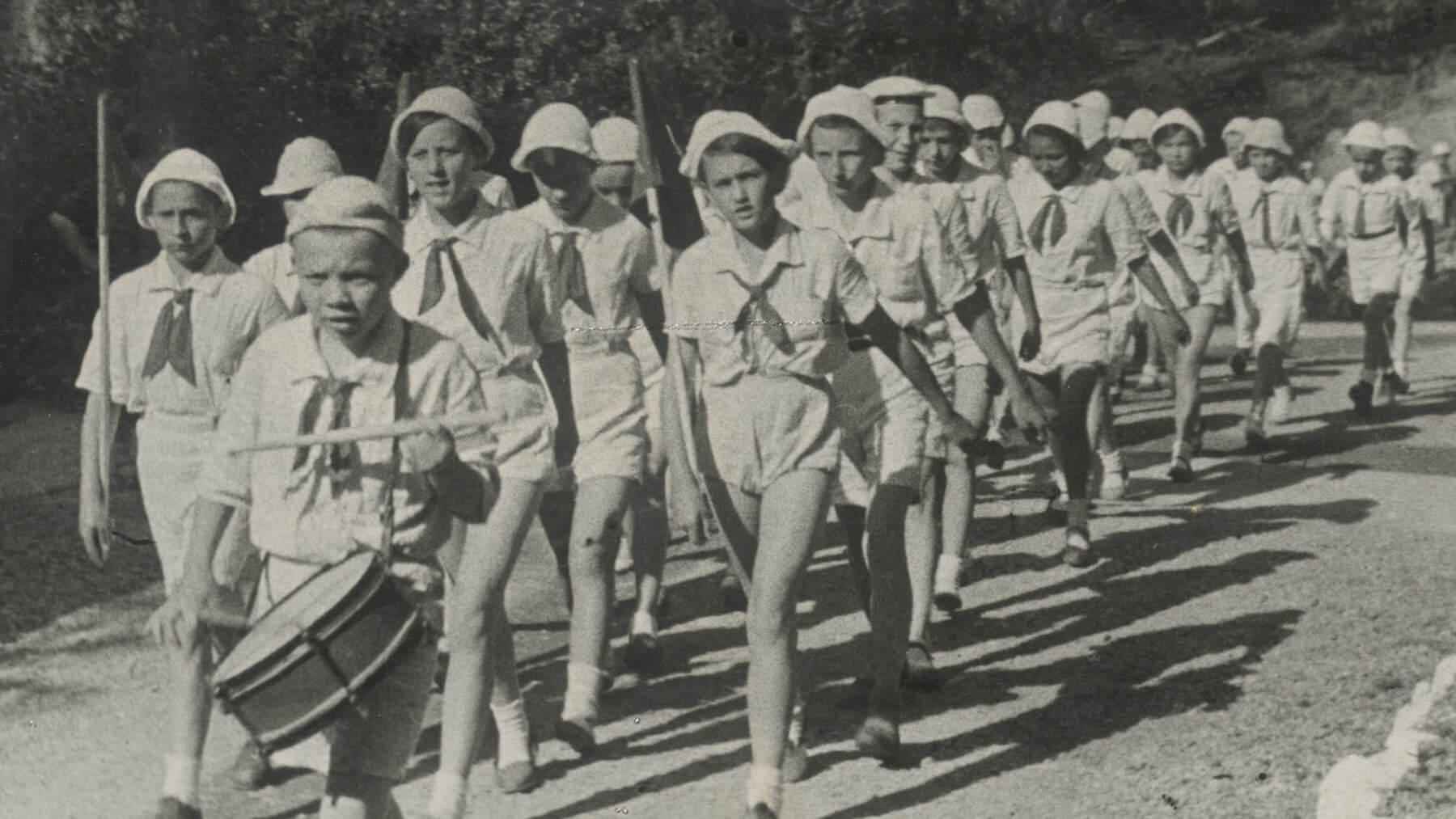 Stalin’s Ninos presents in fascinating detail how the Soviet Union raised and educated nearly 3,000 child refugees of the Spanish Civil War. In this post, author Karl D. Qualls discusses the research that went into the project, revealing the Soviet transformation of children into future builders of communism and highlighting the educational techniques shared with other modern states.

As I talk to friends and students about children put in cages in the United States and schools bombed in Syria, I remind them that even Stalin treated some (though not all) refugees with great humanity. I’m not trying to whitewash Stalin. I know very well the atrocities. However, research serendipity can lead to some remarkable revelations.

I came across the material for Stalin’s Niños in 1995 (!) when I was doing pre-dissertation work. I was confused as to why there would be boxes of materials in a Moscow archive about boarding schools for Spanish children. Each time I went back to Moscow over the next decade to finish my dissertation that became From Ruins to Reconstruction: Urban Identity in Soviet Sevastopol after World War II (Cornell, 2009) I checked to see if anyone had been working in the main fond in the State Archive of the Russian Federation. I didn’t know anything about the topic and thought I might be able to find a story to tell out of the 2,500 item groups. My two children were learning Spanish in school and refugees started becoming more frequent in the news after I began my research around 2010, so it seemed like something timely to do. I don’t like rehashing well-worn historical events – a legacy of my time studying with Richard Stites; I prefer new stories, and there was nothing in English on the topic and only a handful of oral histories in Spanish.

With my curiosity piqued, I sought to understand why the USSR accepted nearly 3,000 refugee children from the Spanish Civil War. Refugees typically trek to contiguous countries hoping to soon return to their homeland. Refugees also are typically neglected by their “host” countries, as was the case in Britain and France for the niños. In the Soviet Union, however, the children arrived in sea-side resorts like Artek, were housed in deluxe hotels, and eventually studied in well-appointed boarding schools that far exceeded the conditions of their Soviet counterparts.

As I read through the oral histories that began to be collected about fifty years after the dislocation, I was amazed at the glowing terms with which most of the Spaniards described their time in the USSR. “It was like paradise,” said one child, “after living in hell.” Phrases like this forced me to consider why this was, especially because the Spanish children had to live through the horrors of WWII and the Nazi invasion. As engaging as the memories of the children are, they could not tell me anything about Soviet intentions and they are almost silent on educational practices. This shouldn’t surprise us; our memories tend to recall moments of joy and sadness and rarely the prosaic and banal pedagogical strategies employed by a geography teacher. I therefore moved from the conclusions of other scholars’ oral histories to investigate the causation for those memories.

As I read in the nearly untouched archival files, it eventually became clear. The Soviet system of “non-Russian” education in which children learn Russian as a second language and their subjects in the native tongue, when applied to the niños, created a hybrid identification I call Hispano-Soviet. The niños’ national cultural values – their Hispanidad – of language, song, dance, and more blended with Soviet values of comradery, hard work, patriotism (for two homelands now), friendship of peoples, and much more. In short, the boarding schools for Spanish children fostered the “national in form, Soviet in content” that was typical for the era.

When we examine the educational practices in the schools, we find a blend of uniquely Soviet approaches like the “non-Russian” education above with the more widely modern educational practices common in democracies and dictatorships of disciplining bodies and minds while instilling patriotism in young minds. Most of these primarily poor working-class kids, particularly the girls, would have had little to no access to education in Franco’s Spain. Soviet boarding schools taught them how to stand in line, wash hands and linens, and respect people in positions of authority. Time discipline came in the form of thoroughly scheduled days that moved students through study, meals, and leisure. The most important part of disciplining bodies was the regular health care that took pains to inoculate, provide adequate diets, and to control epidemics.

Patriotism, in this case patriotism for two countries, took place primarily but not exclusively in the classroom. History, geography, and politics courses taught about the Soviet and Spanish experiences. But even in the sciences students would study flora and fauna and natural resources of the Soviet Union that was then used to explain the country’s abundance. Frequent visitors to the children’s homes – including artists, military officers, and heroes like aviator Valery Chkalov – spoke with the children about how the regime’s investment in them had allowed them to do great things for others. Role modeling like this became a seminal tool for remolding the Spanish children and youth much as it was for Soviet students more generally.

Even during the 1941 arduous evacuation deep into the Soviet interior to avoid the Nazi advance, Soviet educators did all they could to maintain proper schooling. With teachers mobilized to the front, educational materials in short supply, ink freezing in the Siberian cold, and local officials reluctant to provide food and shelter, the niños’ lives took a turn for the worse. Many had to resort to theft to survive. Three remember finding their blind camel dead in the snow and finally having meat in their diet. Adolescents left the boarding schools to take jobs in factories, and many tried to enlist in the Red Army to fight the fascists, seeing WWII as a continuation of the Spanish Civil War. As the war came to a conclusion and they returned to homes outside Moscow, the youngest of the original refugees again felt the largess of the regime with well-appointed schools and regular outings to the zoo, museums, the Bolshoi, parks, and more. Unlike their older peers who went into factories during the war, these younger Spaniards increasingly entered higher education and became professionals, some assisting Fidel Castro in rebuilding Cuba, others becoming prize winning Soviet artists and athletes.

Those who chose to return to Spain as relations normalized in the mid-1950s found that their Sovietness was at least as important as their Hispanidad. Women in particular realized that in this case western Europe was backward because Francoist misogyny prevented them from using their professional training. Many highly trained men also became laborers instead of leading the professional lives they had in the USSR. The obscurantism of the Catholic church and its support for Franco’s abuses led many of these former refugees to return to their “second homeland,” the Soviet Union.

There was a long journey to completing this research. I had to teach myself a new language (Spanish), retrain from an urban historian to an historian of education, childhood, and nationality policy. My knowledge of the Spanish Civil War was spotty, so I had a lot of catching up to do there as well. I thought these sacrifices were worth it because I had so much archival material that was begging to be interpreted by someone.

Stalin’s Niños came about completely by accident, but it complicates our notions of Soviet educational policy, national identification and nationality policy, and commitment to internationalism. Equally importantly, it places the oral histories and handful of memoirs into a historical context, moving beyond aging memories to explore Soviet intentions and practices, successes and failures.

Quite surprisingly, Stalin’s Niños can teach us how to treat refugees, and especially refugee children, more humanely. “Relief” organizations are only now beginning to understand that refugees need to have their dignity as human beings affirmed and restored. This comes from education and meaningful work. Warehousing refugees in camps and children in cages dehumanizes them. The Spaniards’ overwhelming, although not exclusive, praise for their Soviet upbringing reminds us that refugees can become friends, allies, and essential contributors if only given the opportunity.

Karl D. Qualls is the John B. Parsons Chair in Liberal Arts and Sciences and Professor of History at Dickinson College.