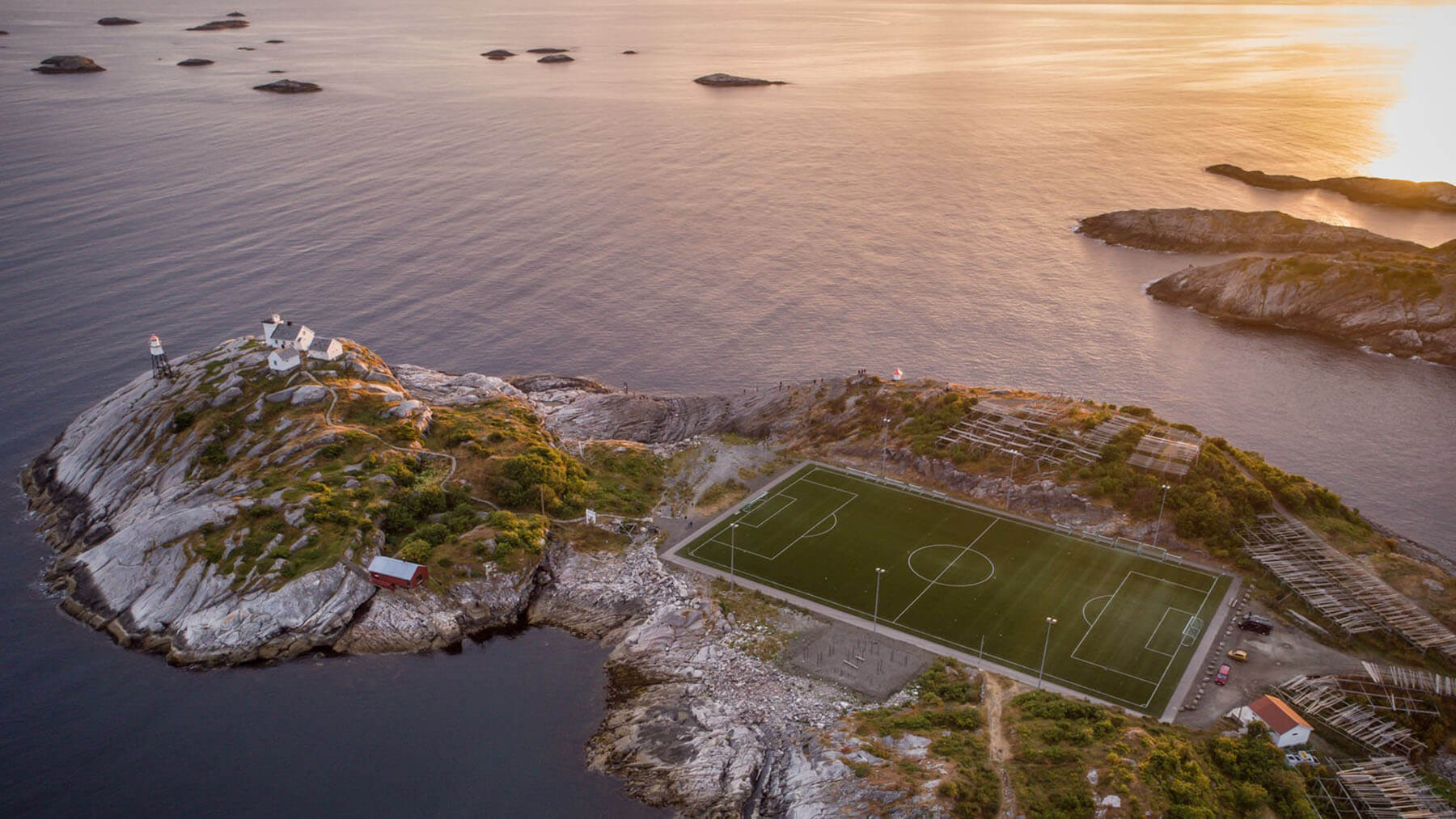 Football, just like almost everything on the international sports calendar, has been greatly impacted by the recent coronavirus outbreak. Alan McDougall, author of the recently released Contested Fields: A Global History of Modern Football, writes about the impact COVID-19 is having on football, and delves into the history of a sport that has faced many major disruptions across its 150-year history.

The 2020 European Football Championship was meant to be a celebration of the world’s most popular sport. For the tournament’s 60th birthday, the European governing body (UEFA) dreamed up a continent-crossing tribute to what the tournament’s founder, Frenchman Henri Delaunay, once called “a Europe of football.” Matches in Euro 2020 were scheduled for twelve cities in twelve countries, from Bilbao in Spain to Baku in Azerbaijan. Even before recent events, many observers felt that this was a European vanity project gone too far. The rapid global spread of COVID-19 then took a wrecking ball to UEFA’s “zany but good idea” (as ex-President Michel Platini described it). On 17 March, UEFA postponed the tournament. Euro 2020 will now become Euro 2021. Like almost everything on the international sports calendar – from South America’s version of the Euros, the Copa América, to the MLB, NBA, and NHL seasons in North America and prestigious events such as the Masters (golf), the French Open (tennis), and the Tokyo Olympics – the European Championship has been forced into cold storage.

In researching my new book, Contested Fields: A Global History of Modern Football, one thing constantly surprised me: football’s sheer ubiquity. This was a sport played and watched everywhere, however difficult the circumstances – from Stalin’s gulags to Indigenous villages in Amazonian Peru. Football has a 150-year history as a global activity. The desire for international connections drove the Europeanization of football in the 1950s, when UEFA, the European Championship, and the European Cup (today’s Champions League) were all created. A generation earlier, similar ambitions motivated FIFA to create the World Cup, first played in 1930 in Uruguay. Like air travel, cinema, photography, and tourism, football represented the coming world. Fluid and mobile, it transcended borders and, often unwittingly, broke down class and race divisions. Football, as Tony Collins noted, quickly supplanted other sports as “a symbol of global modernity.” By the early twenty-first century, the “global game” may have become a FIFA marketing slogan, but it was also a fact. Worldwide, 265 million footballers were registered in 2007. Roughly half of the planet’s seven billion people watched the 2014 World Cup final between Germany and Argentina.

What happens to football now that global sport has come to a juddering halt? The short answer is that nobody really knows. In terms of major disruptions to international sport, history offers only rough guides. During the First World War, professional football was suspended in England and Scotland, creating a vacuum that women’s football temporarily filled. International matches stopped across Europe, though not elsewhere: the first South American Championship (today’s Copa América) took place in 1916. The disruption caused by the war perhaps masked the catastrophic impact of the influenza pandemic that killed 50 million people between 1918 and 1920. While sports such as hockey were more visibly compromised (the 1919 Stanley Cup final was cancelled), football was hardly unscathed. Influenza victims included ex-French international, Marius Royet, who died in a German P.O.W. camp, and Chelsea’s former Scottish international Angus Douglas. The Armstrong-Whitworth’s team that faced North-East Marine Works in England’s Munitionettes Cup in November 1918 mustered two fit players, as the deadly virus decimated the squad. The match only went ahead after six women were plucked from the crowd.

By the Second World War, political authorities were warier about shutting down sport. One British report noted in 1939 that “people find the war at present completely unsatisfactory as a compensation for sport.” Football in Europe often continued in one form or another. Only Poland, ground zero of the Nazis’ war of racial extermination, cancelled its national championship for the whole conflict. Big crowds watched Bologna claim the 1940/41 Italian league title, as Mussolini’s fascist regime edged towards collapse. In 1942, while the Germany army besieged the Soviet city of Leningrad, crowds of 8,000 still attended games. Football was played in Nazi ghettoes (Theresienstadt) and death camps (Auschwitz), as prisoners such as Tadeusz Borowski recounted. In the Third Reich itself, competition was not suspended until 1944.

Football has faced serious interruptions in the past. But nothing really compares to the potential impact of Covid-19. This is for two main reasons. First, football during previous hiatuses was not the lucrative international business that it is in 2020. When Spanish flu struck in 1918, it was twelve years before the first World Cup, a tournament attended by only 13 teams and largely ignored in the European press. The Second World War meant no World Cup in either 1942 or 1946, but the tournament – like football generally – had yet to fall under the revolutionary influences of television and affordable air travel. Second, and most importantly, the current public health crisis demands a far more sweeping end to playing and spectating than any previous event. Football’s post-1918 boom in Germany owed much to soldiers playing the game so frequently during the First World War – most famously, or mythically, in the Christmas 1914 truce match against British troops on the Western Front. Crowds of 20,000 regularly watched Chelsea play in the London Combination League at the influenza pandemic’s peak in 1918 and 1919. The show went on during World War Two as well, as it did during disruptions to British football in the “big freezes” of 1946/47 and 1962/63. There is no such room for manoeuvre now. Effective treatment of the coronavirus requires physical distancing. This makes team training impossible and large gatherings in stadiums dangerous.

Though it’s too early to know for sure, COVID-19’s economic impact on football may be ruinous. The postponement of Euro 2020 cost UEFA an estimated 400 million Euros. But the real pinch will not be felt by global mega-events, powerful governing bodies, or highly-paid stars. It will be felt lower down the food chain. Small clubs, reliant on income from gate receipts rather than television, may be driven to the wall. The end of matchdays for the foreseeable future will devastate the small businesses (concession stall owners, food vendors, local pubs, and cafes) and club staff (cleaners, receptionists, stewards) that make up modern football’s gig economy. And prospects for the women’s game – one of football’s recent growth stories – are suddenly shrouded in uncertainty.

When Covid-19 stopped English football in its tracks, Liverpool supporters (including me!) took the news hard, given the club’s 25-point lead at the top of the Premier League. Would the season be voided, and the club denied its first league title in thirty years? Liverpool manager Jürgen Klopp (pictured right) quickly put such worries in perspective: “First and foremost, all of us have to do whatever we can to protect one another… This should be the case all the time in life, but in this moment I think it matters more than ever. I’ve said before that football always seems the most important of the least important things. Today, football and football matches really aren’t important at all.” This contrasted with a famous remark once made by the most illustrious of Klopp’s predecessors, Bill Shankly: “Some people believe football is a matter of life and death, I am very disappointed with that attitude. I can assure you it is much, much more important than that.”

Rationally at least, we all know the provocative wrongness of Shankly’s claim. Yet the fact remains that football’s sudden, blanket absence – with odd exceptions such as the Belarusian Premier League – cuts deeply for millions of players and supporters around the world. This is not just about sport as the great distraction, a bread and circuses diversion from the important things in life. It’s also because football can mean so much more than the mere kicking of a ball. Football is politics. It is community. It is identity. It is mental health. It is friendship. It is family. It is livelihood.

Is there a chance that football’s eventual reappearance might offer new and better ways of doing things? Can we dream of a football world (to return to Klopp) of “sound judgment and morality”? Given the greed and inequality in world football, a healthy amount of skepticism is warranted here. Many expect (and many will desire) business as usual when the big events, teams, and players return to our stadiums and screens. But there are signs that the Covid-19 crisis provides a genuine opportunity for what UEFA President Alexsander Čeferin has called “a reset of world football.” Clubs and governing bodies (including long-time rivals FIFA and UEFA) have so far shown an unusual willingness to cooperate in the logistical nightmare that is reorganizing the football calendar. Serie A clubs, players, and supporters have raised millions of Euros for victims in the coronavirus hotspot of Italy. In Britain, clubs big and small have started community outreach projects, donating money to foodbanks, setting up call centres for isolated fans, or opening facilities to health workers. Many stadiums in Brazil have been turned into coronavirus field hospitals. In the conclusion to Contested Fields, I wrote the following about football in the twenty-first century: “many observers felt that it had made a Faustian bargain with money and power, the price of which was the game’s soul.” Perhaps a little of that soul can be recovered in these extraordinary times.

Alan McDougall is Professor of History at the University of Guelph. He has written extensively on youth culture and cinema in post-1945 Germany and is the author of numerous works on football, including The People’s Game: Football, State and Society in East Germany (Cambridge, 2014), shortlisted for the Guardian Sports Book of the Year in 2016.