Home > Blog > Capacities for Compassion: From Water to Wine 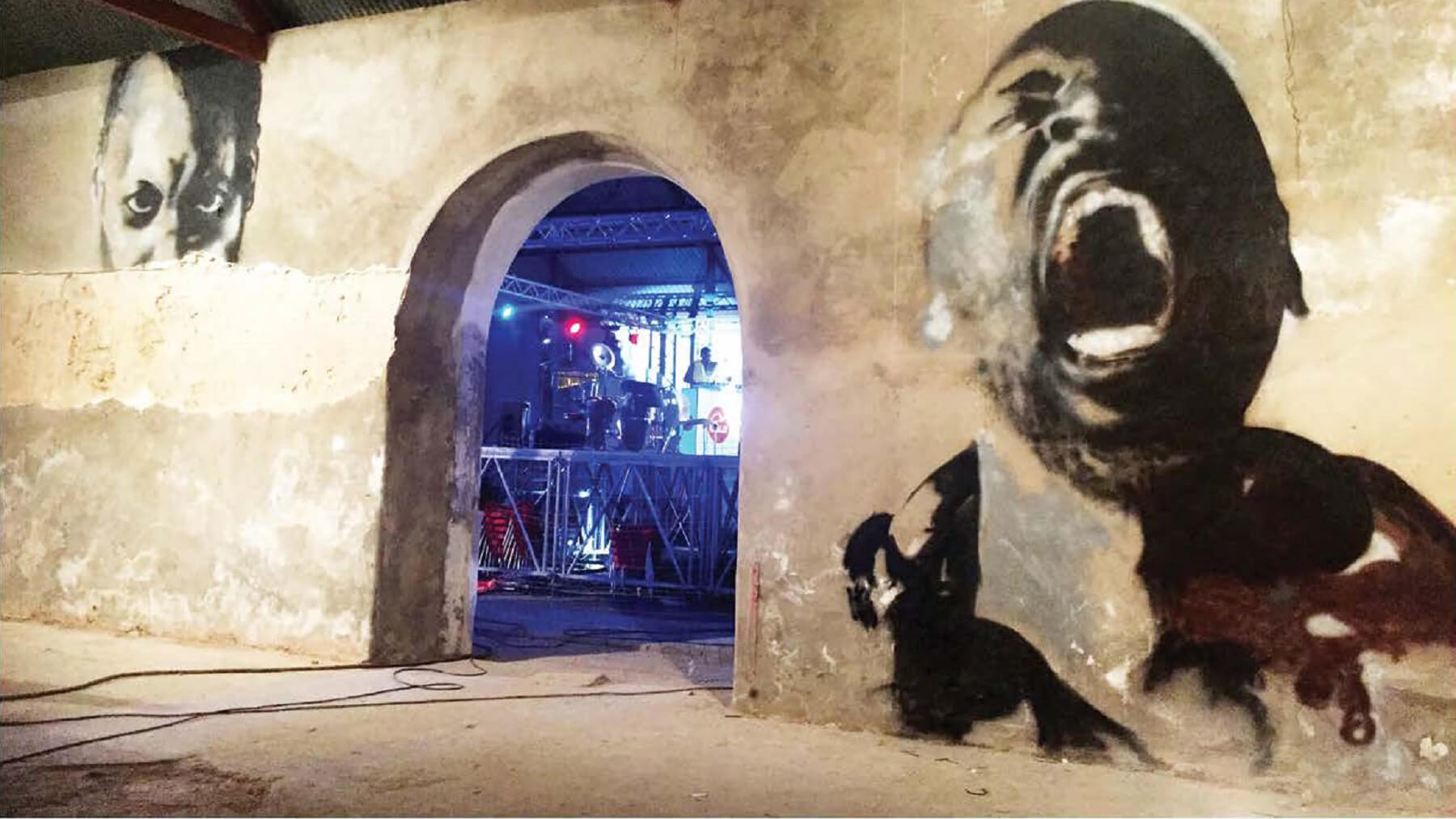 Many events and large-scale gatherings have been cancelled as the world reels and resets from the current coronavirus outbreak. After the cancellation of her book launch, author Jess Auerbach recently hosted a virtual book launch for her new book From Water to Wine.

Released earlier this year, her book explores how Angola has changed since the end of its civil war in 2002. The text’s themes are relevant to making sense of both the current crisis and the deeper questions facing countries such as Angola. Jess Auerbach discusses these in our latest blog post.

At the book launch that was cancelled because the university closed unilaterally five hours before it was to take place, Victoria would have been present.

Victoria is not her real name, but the photograph I took from her balcony on a hot night in Lobito, Angola, is very real and it’s on the cover of the unusual book that is the product of enough flying to take me to the moon and back – a subject I grapple with in the chapter on ethics. In the light of COVID-19 it feels somewhat surreal.

From a suburb named Bela Vista in Lobito, Angola, one looks down, across the city and the port. Bright light radiates outwards from the industrial area of Angola’s second city, and the houses that flank the mountain flicker with life.

Lobito, like most of the rest of the world, is currently locked down. Victoria was not able to get home, because Angola closed its borders the day her flight was due to land. Our lives have wrapped around each other in Angola, in Mauritius, and in South Africa, but now like billions of people, we are in the same city but impossibly far away.

Victoria came to Cape Town because in the time when ‘coro(n)a’ was simply the word for ‘crown’ in Portuguese and Spanish, two of her friends needed surgery that the Angolan health-care system could not provide. Her role was to translate for them, and to help them navigate a multilingual cosmopolitan city that is now eerily quiet.

Their flight was scheduled to land back in Angola the day that country closed its borders. Some countries can fly their citizens home, others cannot. Angola cannot and suddenly her and her the two post-op patients have been stranded in South Africa, following life at home through WhatsApp and social media, and hoping their families have sufficient support to make it through. She tells her story on the Archive of Kindness – a project I am now curating to share the stories of everyday support and care within South Africa.

My book From Water to Wine is an unusual text in that it is written for digital natives – those who have grown up with the internet, or who, in the current circumstances, are working with it in new ways. It emulates the way that online spaces work, jumping from one medium to another, and placing politics front and central to the narrative.

The book was written before COVID-19 but well into the climate crisis of which the current pandemic is arguably a footnote. The text’s themes are relevant to making sense of both the current crisis and the deeper questions it provokes: the local and the global, world systems stripped bare, the ideologies behind who should be cared for, and by whom, and what is ‘enough’.

Through its focus on the senses the text asks readers to imagine Angola with their whole bodies, and to go online to explore more. It is written precisely for the kinds of teaching that many of us now have to do at very short notice.

These last weeks have been revealing. Countries have closed their borders, whilst also understanding more than ever before how dependent we are on one another. Global supply chains are disrupted, consumption has shifted, seismologists are listening to the world in a whole new way. In South Africa, the military manufacturer is now making ventilators.

How many armies are now needed to keep society breathing? When policy makers in China and in Toronto consider society, do they imagine the city of Lobito? As the Ethiopian Prime Minister Abiy Ahmed has written, if Corona is not beaten everywhere, it will return to haunt wealthy countries. But there is a grave danger of an Orwellian future ahead if not everybody is considered fully human. This is what justified slavery, a system that wrecked Angola in previous centuries. We hope that the same dehumanizing process is not in the process of unfolding now.

My book was begun while I was a graduate student at Stanford feeling invisible and sometimes crushed by imaginations and stereotypes of “Africa” that flattened lived experiences, and precluded the possibilities of beauty and happiness. It offers entry points for understanding places far away from a readership based largely in the English-speaking “global north” that are not conclusive, but simply offered as places to begin. In a time when we cannot travel, beginning to see the world in new ways is a moral imperative.

As the world reels and resets from the pandemic, such entry points of imagination will be critical for students, faculty, policy makers and indeed humanity. Now, more than ever before, we need to develop the capacities of compassion and care towards strangers, to strengthen empathy and imagination as if our lives depended on them. Because, as we are all rapidly coming to understand and will do so even more as the climate collapses, they actually do.

Arundhati Roy has suggested the Pandemic as Portal. A portal to where, we as yet have little idea. What is clear is that when Victoria eventually gets home and stands on her balcony overlooking the city, the world will have changed both how it operates, and what it sees. I hope that it sees her.

Jess Auerbach is a Post-Doctoral Scholar at Stellenbosch University, South Africa. Prior to that she was founding faculty at the African Leadership University and the Open University of Mauritius. She holds a PhD from Stanford and an MSc from Oxford where she was a Rhodes Scholar. Her current work concerns the Politics of Knowledge, and she is the curator of the Archive of Kindness Project in South Africa.

The COVID-19 Pandemic and Systems Change for Health in the Anthropocene
SHIFTing the Mindset During COVID-19: Part 3 "Awareness"