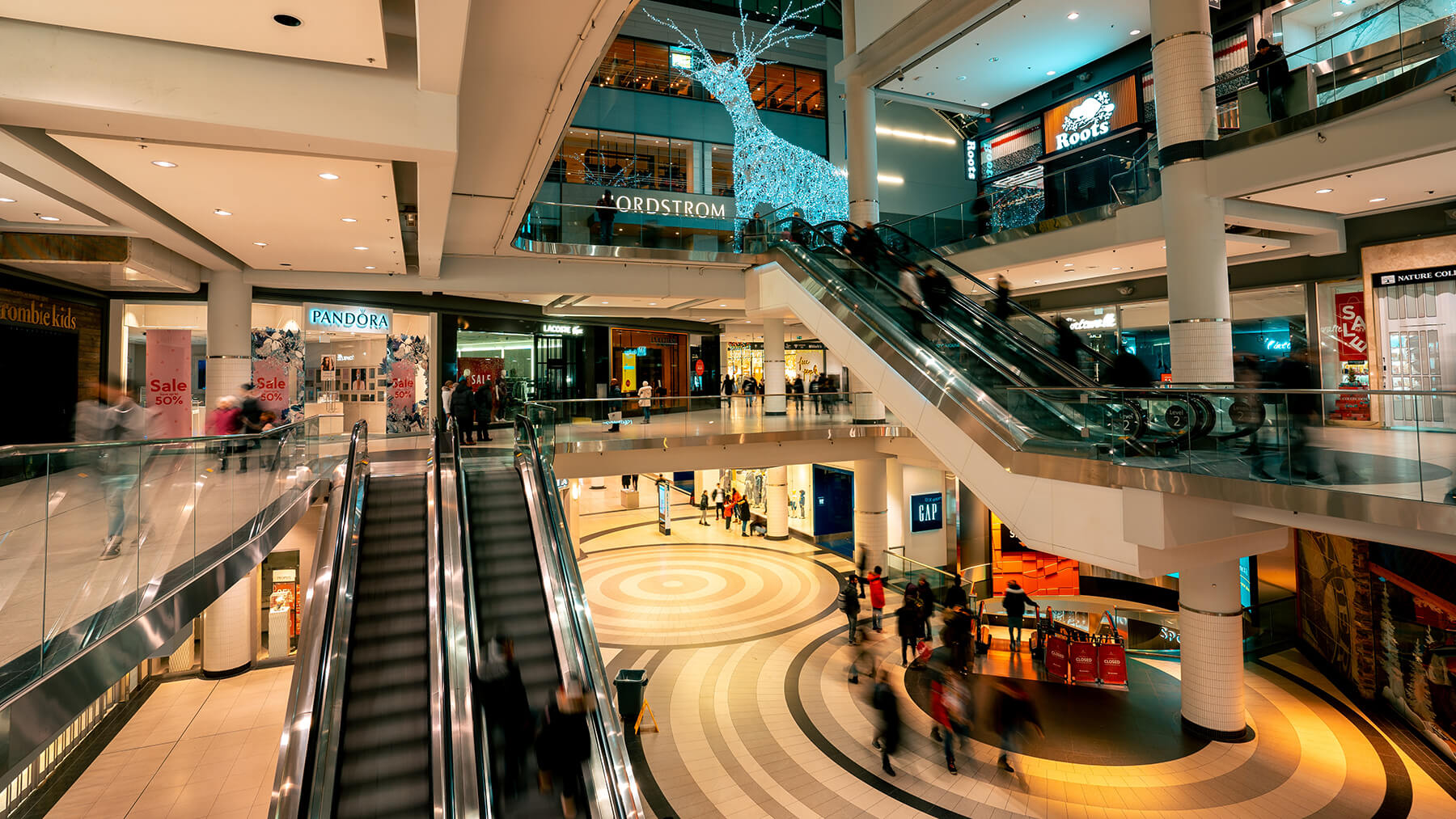 Why did Canadians, like so many other people around the world, stock up on consumer goods as the COVID-19 crisis was developing? Donica Belisle, author of Purchasing Power: Women and the Rise of Canadian Consumer Culture, explores this question from a historical perspective, and explains why Canadians have used shopping before as a method to deal with anxiety. 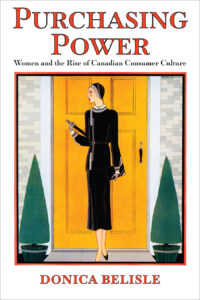 As Canadians braced themselves in March 2020 for the first wave of COVID-19 to hit our country, many went out shopping. Mindful of photos circulating online of toilet paper and hand sanitizer shortages, some bought personal hygiene products. Others, thinking about how to protect themselves and their families, bought cleaning agents, paper towels, and – if they could find them – surgical masks. In-person and online, Canadians also bought food. Laying in staples such as rice, beans, and flour, as well comfort items like potato chips, many shoppers equipped themselves for the pandemic that was to come.

Even while such preparations took place, some writers poked fun. “What is the deal with toilet paper?” commentators asked, trying to inject levity into what was becoming a stressful situation. Others struck serious tones, arguing that panic buying was going to create artificial shortages, and thus hardships for vulnerable consumers. These types of warnings often failed to take into account problems with just-in-time supply chains, but they were also right. Despite the purported stability of our food supply, there are difficulties emerging. Serious COVID-19 outbreaks have occurred in the agricultural, manufacturing, and retail food sectors, shutting down specific operations temporarily. Meatpacking employees have been hit especially hard, with “358 cases of COVID-19 now linked” to an outbreak at the Cargill meat plant in High River, Alberta, where management had previously refused the United Food and Commercial Workers of Canada’s request for temporary closure.

Current pressures in the food industries are costing workers not only their health, but also their lives. Meanwhile, shutdowns are exacerbated by difficulties that food suppliers are having with transferring product away from restaurants and manufacturers, and toward consumers. Further problems are also occurring. In Newfoundland and Labrador, food prices are rising due to what Atlantic Grocery Distributors calls “higher operating costs, lack of availability of raw materials, and the current exchange rate.” As well, within Indigenous communities – many already familiar with chronic food insecurity – evidence of shortages is increasing. On the west coast, Jess Housty, the “executive director” of a “non-profit that leads a community garden program” and a member of the Haíɫzaqv (Heiltsuk) Nation, told journalist Stephanie Wood that “there’s ‘a ton of anxiety and uncertainty in the air’ as the supply chains to remote communities are disrupted.” And, due to economic and other difficulties, Food Banks Canada has launched “a special $150M appeal,” warning that the pandemic has increased the need for food, even as it has decreased food banks’ resources.

Individual shoppers are not solely to blame. Illness and logistical difficulties are putting very real strains upon the marketplace. That said, when customers stockpile goods, shortages do occur. Price inflation happens, too.

For these reasons, I want to make some space, here, to consider the ways that Canadians distribute and procure their goods. As Sheila Rowbotham writes, “though the market is frequently abstracted as a timeless economic force, markets are social structures which have been shaped and reshaped historically.”[1]⁠ In Canada, the twin pillars of liberalism and capitalism have meant that for well over a century, Canadians have distributed and consumed their goods in a free market setting, one that has seen some regulation, but also one in which individual workers and consumers are expected to fend for themselves.

Let’s consider the demand side of this equation. As I demonstrate in my book, Purchasing Power: Women and the Rise of Canadian Consumer Culture, Canadians have a long history of going shopping to ease their anxieties. This is somewhat of a facetious statement; they have obviously engaged in other behaviours as well. Yet as Canada became a liberal capitalist nation, one that viewed a for-profit economy as the best path to material security, shopping became a way by which Canadians sorted out their own individual problems. Their demands ranged from everyday yearnings for escape from household drudgery, to more status-related concerns around procuring goods that marked one’s membership within the national community. For example, by the turn of the twentieth century, it was common for affluent Canadians to go out shopping to buy the clothes, grooming products, and homes that marked individuals and their families as respectable. It was also common for people to go out shopping to pass the time, to find out what was au courant, and to socialize.

If shopping was connected to individualism, so was it connected to community wellness. During the first half of the twentieth century, material concerns became so important to Canadian life that shopping itself was central to ideas about citizenship. As my book demonstrates, during this period many Canadians perceived consumer issues as integral to civic rights, duties, and belonging. Whereas some expressions of consumer citizenship were private, others focused on the public good. Between the 1920s and 1960s, many consumer movements declared that citizens should have equal access to certain resources. These included not only food staples such as milk and meat, but also such services as education and health care. Many also declared that since consumers were Canadians, they had a right to be protected from fraudulent business practices including adulteration and profiteering.

Civic responsibilities, too, pervaded shopping. Shoppers’ public duties revealed themselves especially well during the First World War (1914-1918). Two years into this war, the British government called on Canadians reduce flour, sugar, beef, pork, and butter consumption, and to ship such products overseas. Under the powers of the War Measures Act, Canada brought in 28 orders-in-council to regulate the food supply. At no time did Canada introduce rationing; it also held off on price controls. Instead, the conservation of beef, pork, butter, flour, and sugar – the most in-demand items – depended upon citizen compliance. Hence, even while some consumers gleefully ignored food orders – eating beef every day, for example – others took regulations to heart. Affluent housewives were especially receptive. Canvassing neighbourhoods to demand compliance, such groups as the National Council of Women of Canada declared themselves patriotic consumers.

Given this long history of consumer citizenship, it makes sense that during times of crisis, shopping becomes a political flashpoint. For some, accustomed to thinking of shopping as an individual right, it makes sense to head out to the shops and stock up on goods. For others, accustomed to thinking about shopping as a social duty, it makes sense to call on restraint in purchasing. Even today’s calls for supporting local businesses have historical precedent. Just as, during the Great Depression, consumer advocates called upon buyers to patronize local retailers to save local economies, so do today’s civic consumers practice good citizenship by buying goods from local vendors.

Even as consumer politics again command headlines, though, it is important to recognize that civic consumerism has limited scope. It is a form of advocacy in which only the relatively well-off can participate. Moreover, many consumer activists are isolated from working people’s concerns. Thus, although responsible consumption can promote some community well-being, it cannot – without the building of significant “consumer-worker alliances,” as Dana Frank says – protect workers from dangers. It also cannot erase food insecurity.

Rather than promoting responsible shopping, it is more effective to call for greater state intervention. Fortunately, in this regard, Canadians have a long tradition upon which to draw. Beginning in 1917, the Canadian Housewives’ Leagues and the Canadian Consumers’ Leagues fought against wartime inflation. They also fought against profiteering. As well, between the 1930s and the 1950s the Housewives Consumer Association (HCA) brought thousands of Canadians together to demand lower prices on rents, foods, and fuel. Through boycotts, petitions, and protests, they rallied support for state intervention. Their activism brought consumers’ concerns to the forefront of government attention. They also kept the public focused on inequality and the need for reform. 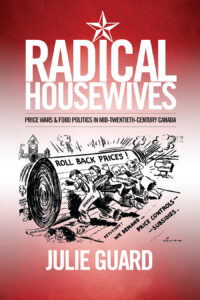 We would also do well to remember, now, the actions of the federal government during the Second World War. During this crisis that the Canadian government introduced what Julie Guard calls “the most invasive and far-reaching program of market intervention of any combatant country” (5). In 1941, it began regulating wages, rents, and prices. The next year, it introduced rationing. Each Canadian household was issued a ration booklet; they then had to use coupons to purchase, as Ian Mosby states, “meat, sugar, butter, preserves, tea, and coffee” (63). When, after the war, price controls and rationing were lifted, many were appalled. From protests against mark-ups to polls suggesting that Canadians wanted price ceilings re-instituted, evidence abounded that shoppers saw affordability as integral to their “rights as consumers and citizens” (Mosby 95; also Magda Fahrni).

Thus even though we are today accustomed to an individualistic marketplace, one that supposedly regulates itself, it is also true that Canada has a rich history of market intervention. As we face our pandemic, now, we might usefully draw upon this past for inspiration. If our food crisis worsens, what might we expect Canadians to do? Certainly, we can never hope for radical reforms. Nonetheless, a strong commitment to collective responsibility does run through this country. Tapping into this commitment, Canada will perhaps bring forth smaller measures. Ideally these reforms would protect not only Canada’s most vulnerable consumers, but also its most vulnerable workers.

Donica Belisle is an Associate Professor of History at the University of Regina. She is the author of Purchasing Power: Women and the Rise of Canadian Consumer Culture (UTP 2020) and Retail Nation: Department Stores and the Making of Modern Canada (UBC Press 2011). Currently she is researching the history of Canadian sugar.

Isolation Reading for the Week of May 4
SHIFTing the Mindset During COVID-19: Part 4 “Orchestrating Capacity”