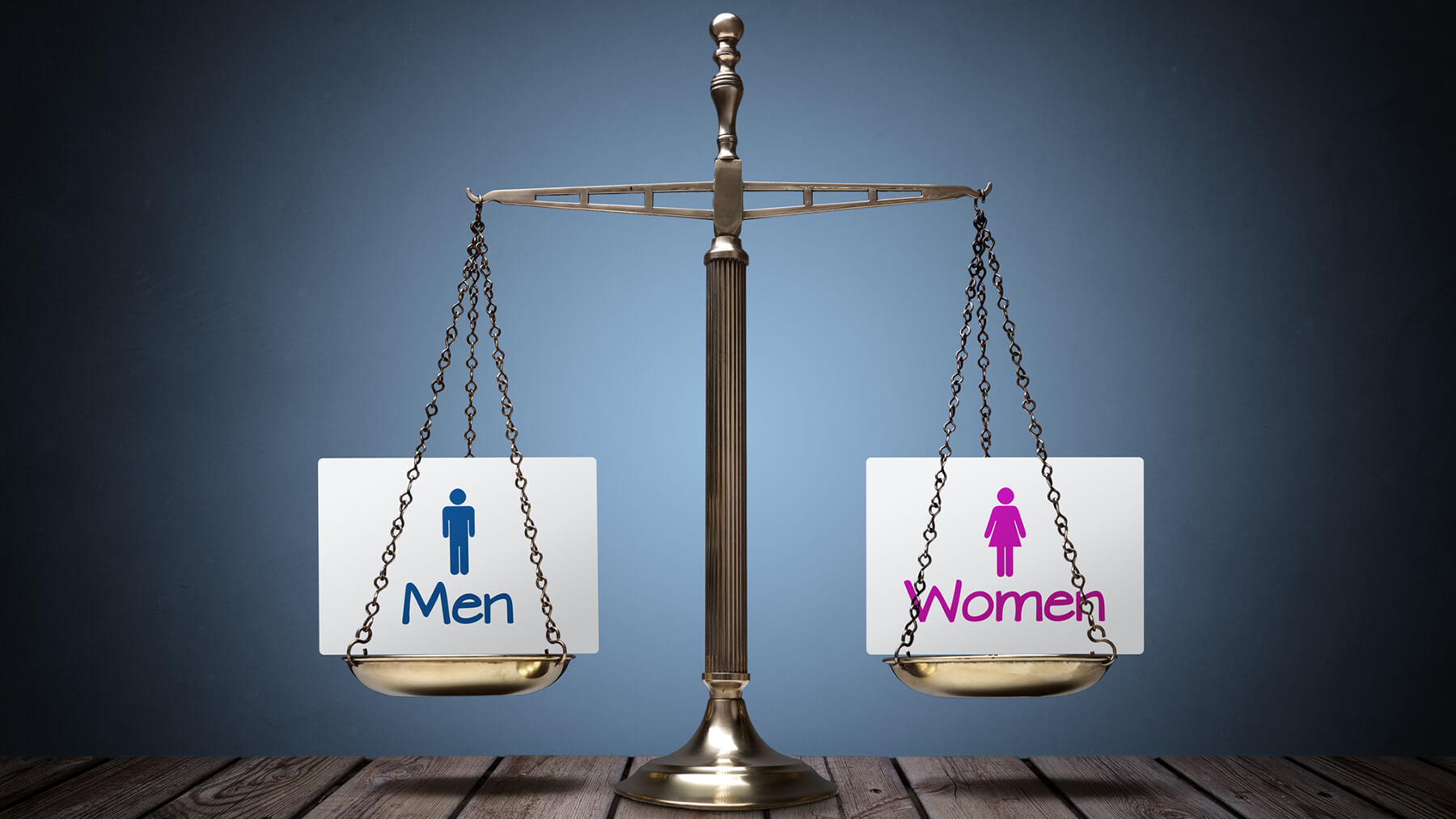 Lifting a Ton of Feathers: A Woman’s Guide to Surviving in the Academic World was published in 1993. It was originally intended not only as a survival guide, but as a way to help destroy some of the myths surrounding women’s career opportunities in the university. In this post, author Paula J. Caplan revists her book and explains why nearly 30 years on, many of the struggles women face in academia remain unchanged. 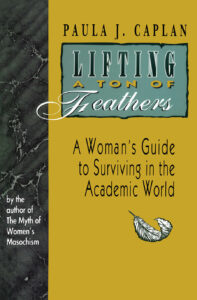 It pains me that the impact of the current COVID-19 pandemic on women acutely highlights how largely unchanged are academic women’s struggles since I wrote about those struggles nearly three decades ago in my University of Toronto Press book, Lifting a Ton of Feathers: A Woman’s Guide to Surviving in the Academic World.

As Dr. Sandra Pyke has said, academic institutions were not meant to include women when they were founded, and many features of those institutions remain inhospitable for women. When I wrote the book, which was published in 1993, women were vastly underrepresented in most North American universities in the upper echelons of faculty and overrepresented among non-tenure-track and part-time faculty. Still today in Canada, the higher up one goes in the faculty hierarchy, the lower the percentage of women who fill those positions: women hold only 29% of Full Professorships, 43.6% of Associate Professorships, and 49.5% of Assistant Professorships, but in the category of Lecturers, Instructors, and other teaching staff, women finally break the 50% mark, accounting for 55% of faculty in those categories.

In the U.S., the data are even worse. In an article last year by Dr. Bridget Turner Kelly, the title says it all: “Though More Women are on College Campuses, Climbing the Professor Ladder Remains a Challenge,” and Kelly begins this way: “Gender inequalities persist in the academy, preventing both white women and women of color faculty from making the scholarly and curricular contributions that only they can make. As smart as we academics are, we have not figured out a way to rid systemic sexism and gender inequities from faculty life.” She notes, too, that in 2003, women represented 27% of all tenured professors, and in 2016, that number was just 26%.

In 1993 in Lifting a Ton of Feathers, I wrote that tenure clocks worked against women and would do so as long as women continued to do the majority of childcare, eldercare, and other household work. That has not yet changed, as I have written elsewhere[1]:

“Media stories about ‘Mr. Moms’ or even about men shouldering more of the household and family responsibilities have given a false picture of reality, for recent research shows that women still do far more housework and childcare than do men” (Dush, Yavorsky, & Schoppe-Sullivan, 2018; Bureau of Labor Statistics, 2010; Pleck, 1997, 1986; Sullivan & Coltrane, 2008).[2]

And a recent article in The Conversation explores the fact that this ongoing imbalance in home-related work time and energy puts an even greater burden on women during the COVID-19 pandemic, as women tend to carry more of the stay-at-home burdens such as homeschooling or care of preschool children whose daycare centers have closed. The author, who is a scientist, writes:

“Even if women split childcare duties evenly with a supportive partner (like mine), we are still competing with many men who do way less at home. One study of scientists found that men were four times as likely as women to have spouses who work only part-time or not at all. And that was before more women than men lost their jobs because of COVID-19.”

It is poignant that academia holds many attractions for women, including some degree of flexibility in work hours; the chance to form close and mutually supportive relationships with other faculty…though their double, home/career workload often affords maddeningly little time and energy to do that; and what can be the joy of teaching and the joy of choosing one’s research area (as long as it is not considered too “fringe-y” to help get tenure or promotions.

Lifting a Ton of Feathers is the only book I was ever commissioned to write, and I was honored that the Committee on Women of the Ontario Confederation of University Faculty Associations asked me to do so. They announced that in order to get me started on the work, they had planned a dinner meeting of quite a few very accomplished women who held academic positions, so that I could ask them anything I wished. At that meeting, we asked people to do what we thought would be just the beginning of the discussion, which was for each woman to say her name, her position, and say briefly how she got into academic work. We never got farther than that, because nearly every woman said she had never thought of going into academia, because she was sure she lacked the intelligence and whatever else it might take to be a success, so she had gotten into it almost by accident, as a fluke, or because someone else brought her in. For instance, a woman was invited by a senior male faculty member to become his teaching assistant, where she learned she could do the work…and loved it. Most of us were stunned by the lack of self-confidence and the continuing sense of succeeding as “impostors” and not belonging that these highly successful women felt.

Some people urged me to call my book How Women Can Thrive in the Academy, but I could not in good conscience do that. First of all, I had never felt welcomed in academia, and I constantly blamed myself, grilled myself about what I must be doing wrong. But until I started working on the book, listening to stories many other women told, and learning the statistics that revealed the systemic barriers, it did not even enter my mind that perhaps the fault was not my own. So my aim in writing the book became to reveal the huge number of myths and Catch-22s (and what I called Catch-33s and Catch-44s, when one was damned in a given situation not by choosing one of the two available options but by choosing one of the three or four) that pervade academia, to reveal the truth about the realm. In that way, I hoped to save as many women as possible from immediately thinking to blame themselves when they felt unwelcome, failed to grasp any of the many unwritten rules, or failed to get tenure or a promotion.

The last thing I wanted to do was choose a title like How Women Can Thrive, which would have given the impression that I knew the magic steps, and any woman following them could succeed in academia. I wanted women to understand the vast number of systemic problems and arrangements that constituted barriers for women more than for men.

A student in a class I was teaching at OISE, upon hearing that I was writing about the forms of sexism and other barriers that women confront in academia, said “It’s like lifting a ton of feathers.” I loved that image, which so beautifully conjures up the multitude of sometimes small but cumulatively heavy manifestations of bias. For years, I have wracked my brain to recall the student’s name, and if she reads this, I hope she will contact me, because she gave me the book’s title.

The most gratifying thing I have heard from faculty (more women than men) has been, “I give this book to all of my women graduate students.” I often hear that men, too, find it of use in understanding the systemic problems that can make their own time in academia unduly difficult, especially if they are not heterosexual, white, and doing “mainstream” work.

I did my undergraduate work at Radcliffe College/Harvard University, and recently many of my class of ’69 classmates signed a letter to Harvard’s President Larry Bacow, as the new union of graduate students announced that they were soon likely to go on strike. In that letter, we said:

“It is well known that an increasing proportion of college-level classes (estimated at 70% nationwide) are taught by adjunct professors, lecturers, and graduate students. These workers experience, to varying degrees, precarious conditions of employment, inadequate compensation, and few protections from sexual harassment and infringements upon their academic freedom. Sadly, despite its wealth and prestige, Harvard has proven to be no exception to this general pattern.”

As we know, these adjunct professors, lecturers, and graduate students are disproportionately likely to be women, to be paid low salaries – including by fabulously wealthy Harvard, and although costs of living even somewhat near the university are sky-high, to be the subjects of sexual harassment or assault, and to suffer from lack of adequate, high-quality childcare.

In Canada, polls showing that more than 70% of people who are asked about Canadian values cite Constitutional equality as a core value because it is enshrined in the Charter of Rights and Freedoms. Perhaps this at least is part of the reason that the data about women academics in Canada are not as alarming as data in the U.S. Feminists in the U.S. pray that the Trump administration will stop putting roadblocks in the way of enshrining the Equal Rights Amendment, which prohibits discrimination on the basis of sex, in the Constitution. Sex differences in salaries in academia, appalling procedures for dealing with sexual assault on campus, and other forms of discrimination are far from having been eliminated by the 1972 Title IX legislation, which was supposed to prevent sex discrimination in education.

Click here to find out more about Lifting a Ton of Feathers: A Woman’s Guide to Surviving in the Academic World.

Paula J. Caplan, Ph.D., was Full Professor of Applied Psychology at the Ontario Institute for Studies in Education at the University of Toronto. Currently, she is Associate, Du Bois Institute, Hutchins Center for African and African American Research, Harvard University. She has written 10 books and edited another and is the winner of three top U.S. awards for nonfiction.