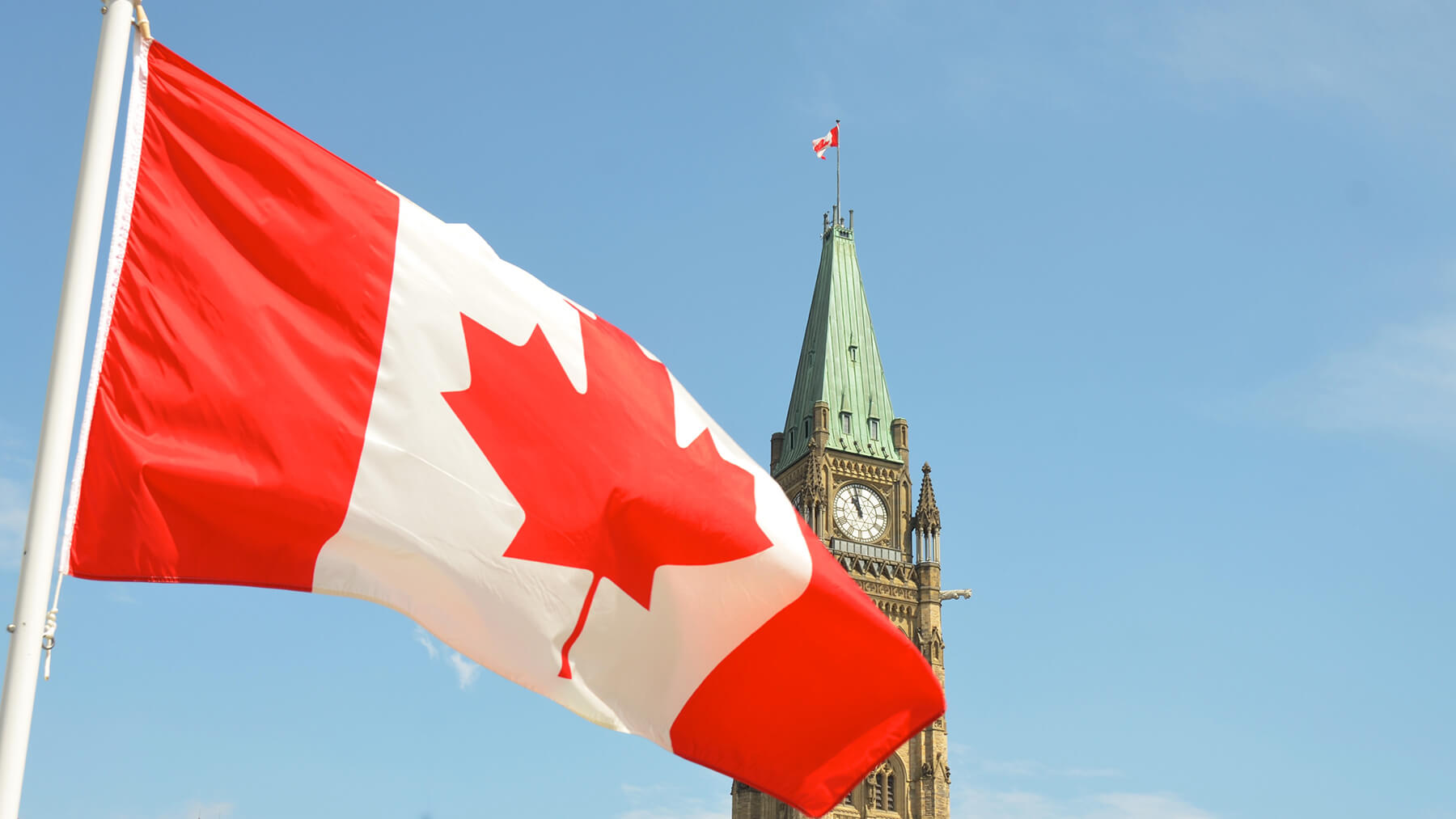 Canadian Federalism is Canada’s leading text on federal institutions and processes. With the fourth edition due out this month, we asked editors Herman Bakvis and Grace Skogstad to look at the potential effects COVID-19 will have on Canadian federalism, as well as what to expect from the fourth edition. 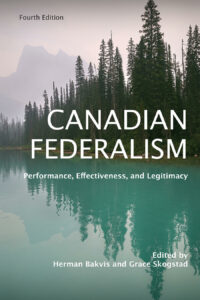 The page proofs of our book, Canadian Federalism: Performance, Effectiveness, and Legitimacy, arrived on March 23, 2020. By then, the COVID-19 pandemic was already in full force in Canada. As editors we faced the question of whether to ask our contributors to update their chapters to provide an early assessment of the implications of the pandemic for Canadian federalism and intergovernmental relations. Undertaking such revisions, however, would mean delaying the book’s publication by close to a year. We would certainly miss the August 2020 publication date and the text being available for the fall term. We also appreciated that it would take some time to understand fully the effects of the pandemic on Canadian federalism. Accordingly, we opted to proceed, making no changes other than including a brief discussion in the preface.

Now, as the country’s economy begins to reopen, it is possible to take stock of how well the Canadian federation has fared so far in handling the pandemic. How have the federal and provincial governments, individually and collectively, performed so far? Has the federal division of jurisdiction hindered coordination among governments in their capacities to mitigate the health and economic effects of the pandemic? How are government responses to the pandemic likely to affect federal-provincial relations in the future? And how has the pandemic affected the relative priority of issues on the federal-provincial agenda?

One thing is clear: the performance of individual Canadian governments with respect to the pandemic has varied, often considerably. For its part, the federal government scored high marks by acting quickly to stem the financial fallout of the pandemic, for example, by launching the Canada Emergency Response Benefit (CERB) and buying provincial bonds. Yet, it was very slow to deploy its authority to control Canada’s border with the US and to require self-quarantining for incoming travellers. And the Public Health Agency of Canada performed well below expectations. It initially downplayed the significance of the virus, had failed to implement key recommendations of the 2006 SARS report, and appears to have mismanaged the national stockpile of personal protective equipment (PPE).

Provinces have differed considerably in terms of their responses. BC and New Brunswick were quick off the mark in introducing lockdown and social distancing measures. By contrast, the two largest provinces – Ontario and Quebec – have struggled with testing, coordination, data collection, and, above all, the rampant spread of the virus through their long-term care facilities. Most other provinces and territories had far fewer cases and fatalities. Provinces have also varied considerably in terms of the measures they took to ensure social isolation and distancing. Some, such as BC, have relied on moral suasion; others, like Ontario, on formal sanctions. These interprovincial variations in response to the pandemic provide an ideal case to assess the impact of distinctions in provincial political culture, administrative capacity, and leadership on effective policy-making under crisis conditions.

In terms of their collective response, and in sharp contrast to the experience in the US, another federation, Canada’s federal and provincial governments have generally worked cooperatively to mitigate COVID-19’s impacts. Healthcare is a provincial responsibility, and one in which the provinces, and Quebec in particular, are very sensitive to federal intrusions. Yet the premiers of both Ontario and Quebec, where the impact of the virus was especially devastating to senior citizens, both requested the prime minister to send in the army to take over long-term care facilities that were on the verge of collapsing. At the other end of the country, the BC government felt that the effectiveness of its own response to the pandemic was jeopardized by the federal government’s delay in exercising its responsibilities over border control and airports and curtailing incoming travellers from Washington state where there were serious COVID-19 outbreaks.

Intergovernmental coordination has been evident. First ministers have held weekly conference calls where relations appear to be both cordial and productive and where both collective and specific provincial issues are discussed in some detail. Constitutional issues have not been a feature of these discussions, at least not until the middle of June when some provinces raised their traditional concerns about Ottawa’s use of its federal spending power. While happy to be receiving federal funding, some provinces complained it was not nearly enough and, most importantly, that it was inappropriate for Ottawa to attach conditions to how federal transfers were spent. In the view of the provinces, it should be left to them to decide how best to allocate these funds. Ottawa’s role is simply to provide the funding.

How will the pandemic change the intergovernmental agenda going forward? On the healthcare front, there will be increased pressure on Ottawa to ramp up the health transfers to the provinces. The Premiers have indicated they wish to re-open the healthcare agreements struck in 2017 that limited increases in the Canada Health Transfer to three percent. They are demanding a 5.2 percent increase. As well, Ottawa’s hope for a national pharmacare program, on which the provinces have been lukewarm at best, is now in danger of being displaced by public calls for Ottawa to play a much more active role in ensuring the well-being of seniors in long-term care facilities. One can also expect COVID-19 to have an impact on the federal government’s agenda with respect to climate change and Indigenous governance.

On the economic front, money will continue to flow from Ottawa to address post-pandemic economic issues, both directly to Canadians through the tax system as well as to provincial governments. Again, in the case of provincial transfers, the debate will be over not only the amount but also what, if any, conditions, are attached to federal transfers. For the provinces, the fewer conditions the better.

This brings up the larger question: how will COVID-19 and its aftermath affect the overall balance in the federation? There are two scenarios here. One is for a more centralized federation. Under this scenario, Ottawa uses its greater financial firepower to dictate to the provinces how federal transfers should be spent, and the provinces have little choice but to acquiesce to federal conditions. The other scenario is for continuation of the status quo of a decentralized federation. Under this scenario, Prime Minister Trudeau is flexible in the face of provincial resistance to conditions attached to federal spending, recognizing Ottawa’s limited capacity to monitor provincial programs and its own lack of jurisdiction to launch programs on its own. Ottawa’s spending power continues to consist of largely unconditional transfers to the provinces and territories. It is this second scenario that we expect.

The fourth edition of Canadian Federalism provides a solid basis for assessing the performance of the federation amidst these unprecedented challenges. Instructors of courses in Canadian federalism or intergovernmental relations will find lots of interesting topics that should engage students. An assessment of the performance, effectiveness, and legitimacy of federalism in the issue area under discussion in each chapter provides a unifying framework for students. Each chapter in Canadian Federalism also has a glossary of key concepts to help students understand the importance of the main themes and topics covered. At the same time, each chapter can also stand on its own, with its empirical content providing the bases for other perspectives preferred by the instructor. Similarly, the instructor can easily alter the order in which the chapters are presented to students.

Canadian Federalism is available as an ebook. This electronic format should be helpful for both students and instructors in courses that will be delivered online. We suggest that instructors who wish to use only a limited selection of chapters consult their library or UTP about licensing specific chapters for use in electronic reserve lists or electronic course packs.

To request exam or desk copies of Canadian Federalism or any other UTP title, please email requests@utorontopress.com and be sure to include the course name and number, start date, and estimated enrollment.

An Excerpt from Black Racialization and Resistance at an Elite University
Canada Day Reading: Learn More about Canadian History