Home > Blog > An Excerpt from Reframed: Self-Reg for a Just Society 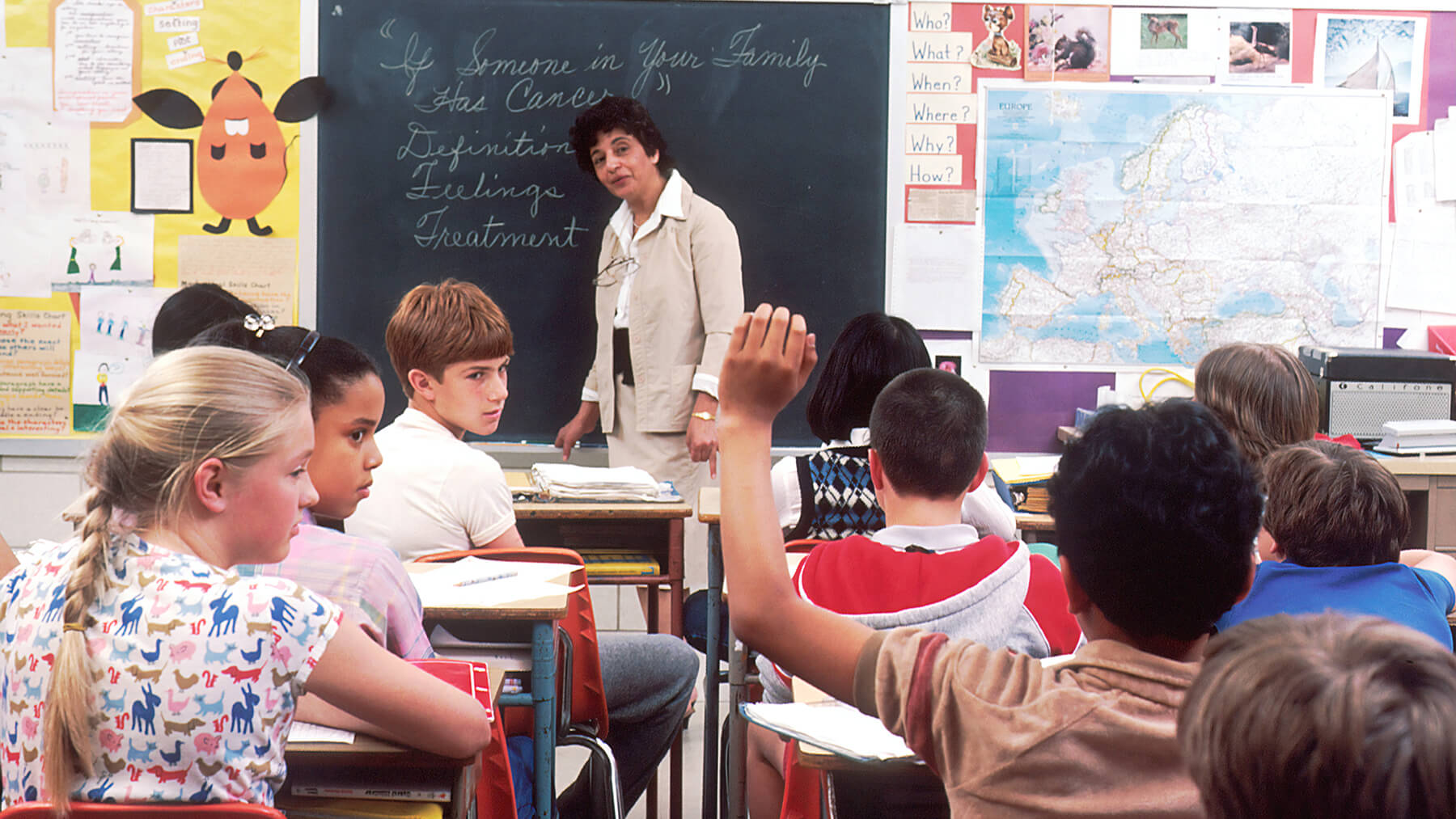 The book is grounded in the three basic principles of Shanker Self-Reg®: 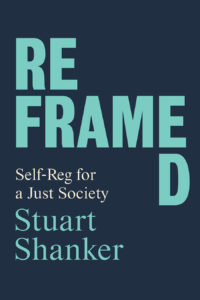 Reframed: Self-Reg for a Just Society completes the trilogy that I started working on twenty years ago. I wrote the first book, Calm, Alert, and Learning, for educators. The second, Self-Reg, was written for parents. This one is for Self-Reggers: the science they have been asking for and the thinking behind the conceptual distinctions that are the very lifeblood of Self-Reg.

Siena Hopkins-Prest came up with the name “Self-Reggers” when she was eight years old and explaining Self-Reg to her class. At the time I thought that it was just a cute way of describing someone who had enrolled in one of the Foundations courses offered at The MEHRIT Centre (TMC). But no one should never underestimate the musings of an eight-year-old, especially one whose middle name is Xaeli.

Xaeli is the name of the place where Susan and her husband had stopped to make an offering to the “rock of safe passage” on their way from Behchoko to Whati, a few hours northwest of Yellowknife. The Tlicho elders in the community where Siena was born approved of the name, but they warned Susan that it meant that she must watch Siena for her gifts, because she had been gifted from the rock. Gifts could take many forms so she had to listen very carefully, or she might miss them. Listen not just with her ears and eyes, but with her spirit and her heart. This piece of ancient wisdom applies to every child.

Listening to what a child is telling us isn’t something we do solely in the moment. It can take time to absorb what we’ve heard. Ultimately, I grasped that what Siena had intuited is that a Self-Regger is someone who is driven to create a just society, who can’t abide seeing any child or youth suffer because of inherited biases that colour our thinking, and who believes that helping children to realize their full potential is a way of life and not a platitude. These are the traits that absolutely define me.

I first started thinking about this issue when I was sixteen years old. I had attended a political rally in which Pierre Elliott Trudeau talked about a just society: one in which “equality of opportunity is ensured, and individuals are permitted to fulfil themselves in the fashion they judge best.” Like everyone who had gathered at Nathan Phillips Square, I came away energized. I stayed up late that night writing a manifesto that I titled “HOW Does a Society Become Just?” It is a question that has consumed me ever since.

From the beginning, I was convinced that the answer lies in more than establishing liberal-democratic institutions and laws. Creating a just society isn’t simply a matter of “permitting” individuals to fulfil themselves. Having a purpose in life has to be psychologically and not just politically possible. And it all starts with how a society sees and nurtures its children.

A few years later I had the opportunity to meet the prime minister privately before I left for Oxford. I poured out how much I had been moved by his speech and my qualms about how many kids we were failing. His response instantly became my lodestar: “The secret,” he said, “lies in their education. So, make the most of the one you are about to receive. And then bring it back here.” And that is just what I have tried to do.

The problem is, universal education demands so much more than equality of opportunity. Children need to be capable of seizing that opportunity. The one constant is that all children will respond positively to the challenge of education, provided they are in a neurobiological and emotional state that supports not just learning but also character development.

Wanting to live in a just society is perhaps the most profound – and demanding – of all the prosocial drives that we have inherited from our distant past. But the reality is that many children can only manage their stress in a way that actually blocks this prosocial drive. The demand for justice and equality ends up adding more stress to a stress load that is already crushing.

A second person was to say the same thing to me as the prime minister did, using almost the same words. This was no coincidence, as Milt Harris had been closely involved with the Liberal Party, and he too had “absorbed” a lot of Trudeau’s thinking. Milt approached me with the idea of setting up a research centre at York University whose purpose would be to help turn the dream of a just society into a reality.

The one thing on which Milt was very clear was that he didn’t want to see us doing research for the sake of research. He wanted a rigorous study that would spark a revolution in parenting and education across the country. Yet on more than one occasion (i.e., every time we met for lunch at Coppi’s) he told me: For this to happen, you need to take the next step in your own thinking! The result of the wonderful team that we assembled at the Milton and Ethel Harris Research Initiative was Self-Reg.

Self-Reg is a five-step method for managing stress:

These five steps must not be seen as a program for managing a child’s behaviour. Rather, these are five steps to promote understanding a child’s behaviour. The former approach is intent on eliciting compliance; the latter is intent on learning how to listen. Programs are like recipes. Implicit in every recipe is a story. The
cookbook writer is telling us: This is how I have learned to bake an angel food cake, and if you want yours to look like mine in the picture, you need to follow the steps exactly as I’ve written them. Don’t substitute ingredients and don’t be sloppy in how you measure.

The behaviourist tells us the same thing: This is the recipe you must follow if you want your child to be a little angel. But raising a child isn’t like baking a cake. There is no recipe. And it’s not just because every child is different, or because the individual they will grow up to be is perfectly unique, or because the world around them is constantly changing; it is because the stresses they must learn to cope with are constantly shifting.

If not as a behaviour recipe, how should we see Self-Reg? The metaphor that has guided my own thinking is that of Jacob’s ladder (Genesis 28:12). Jacob’s dream is about constant change. Just as with a ladder, you are either going up or down; so, too, in life you can grow spiritually or regress. (“And behold, angels of God were ascending and descending upon it.”)

But what if we are dealing with a child who is afraid of heights? Such a child can easily get stuck, afraid to go either up or down, clinging to a rung and desperately waiting for someone to come to the rescue. God reassured Jacob that every day would offer an opportunity for growth, or the opposite. It would all depend on how he responded. But he would never be alone. God would always be there as a constant presence, providing the inner strength needed to climb the ladder. We must do the same for a child. For (to borrow from Donne’s great “Meditation XVII”) “no child is an island entire of itself; every child is a piece of the human continent, a part of the main; if a clod be washed away by the sea, we are all the less.”

In other words, the goal of Self-Reg isn’t simply to help children self-regulate: it is to do so in a manner that helps them climb the ladder. So often, children and youth adopt modes of self-regulating that block empathy and social relationship, or, for that matter, education. The child who self-regulates by avoidance, escape, withdrawal, or what is most common today, escapism or self-sedation, is in no state to learn, let alone to develop the attitudes and emotions that fuel a just society.

Interested in finding out more? Click here to read more of the excerpt from Reframed: Self-Reg for a Just Society.