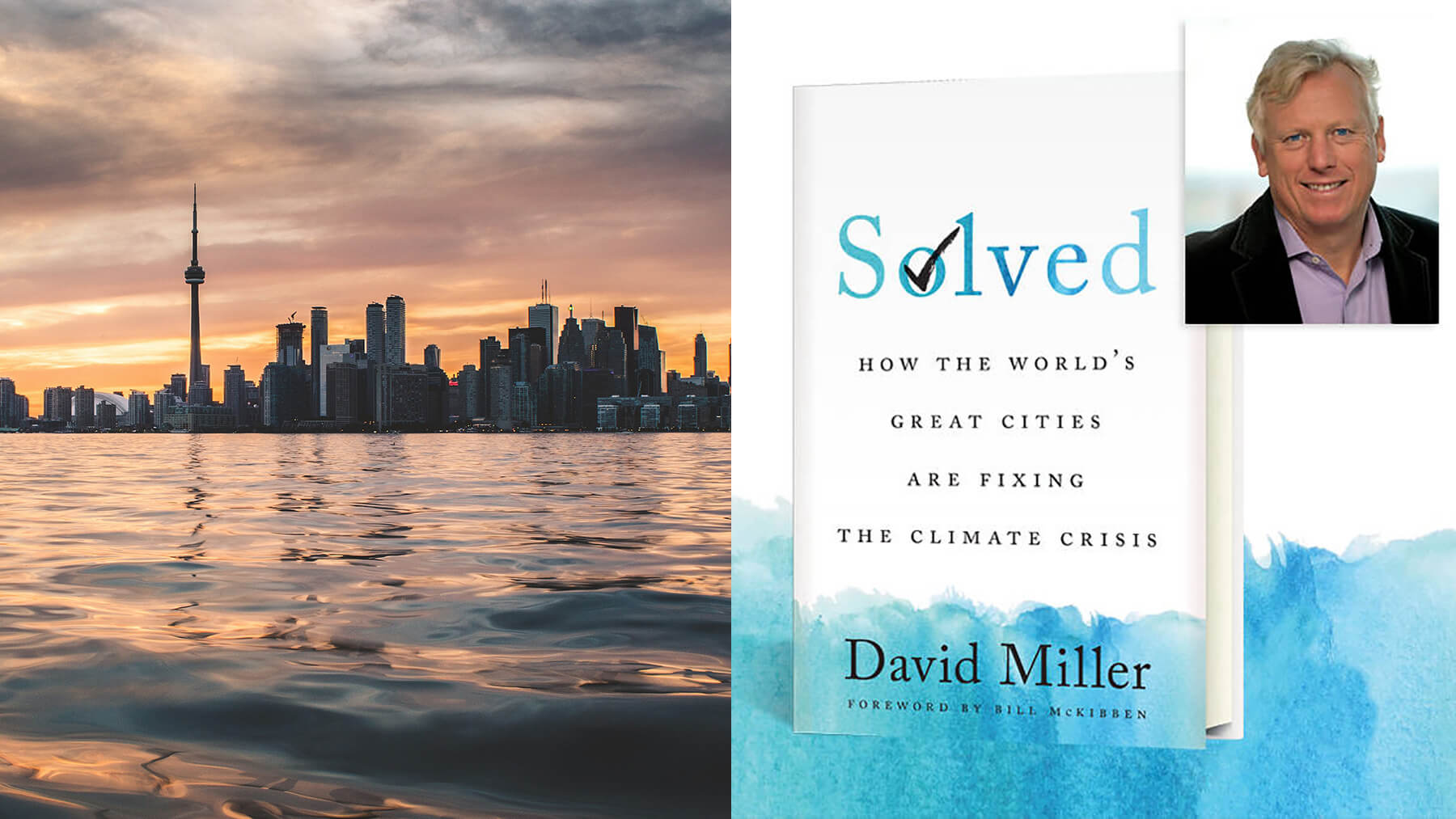 David Miller is the Director of International Diplomacy and Global Ambassador of Inclusive Climate Action at C40 Cities Climate Leadership Group. He is also the author of Solved: How the World’s Great Cities Are Fixing the Climate Crisis, the latest book from our new trade imprint, Aevo UTP. The book is a summons to every city to make small but significant changes that can drastically reduce our carbon footprint.

The book will be available on October 1. So in the meantime, David Miller has contributed the following piece to the blog. In it, he discusses how Canada can recover from the current global health crisis, making the case for a green and just recovery that can lower greenhouse gas emissions and create jobs.

One of the critical learnings from the global pandemic is that the world was not prepared. Governments know this. Businesses know this. Our institutions know this. And most of all, people know this.

In poll after poll, we see that people are expressing more concern about climate change as a result of the pandemic. Why? It’s not hard to guess. People recognize the very serious health and economic impacts of this global health crisis, and the importance of respect for science. They know that we have to plan an economic recovery from COVID in a way that is not only fair and just, but that ensures we make the right decisions to avoid the next crisis. Of course, the fact that there are massive climate-related wildfires and hurricanes occurring at the same time has emphasized the urgency.

In the upcoming throne speech and budget, the government of Canada has a unique opportunity both to make the case for a green and just recovery, and to enact one. Initial signs were good, as the government was saying all of the right things. But those of us who watch the Liberal government closely got a familiar sinking feeling this week when Minister Wilkinson said “we’d be stupid not to rely on Canada’s fossil fuels.” Does this point to yet another moment when this government says all the right things, but fails to deliver?

The government doesn’t have to look far for advice. For example, C40 Cities, a coalition of the mayors of the world’s major cities, this year struck a task force to develop an Agenda for a green and just recovery. Montréal Mayor Valerie Plante was an important member of the task force, whose report was issued in July.

The Agenda outlines the bold actions cities are taking: repurposing roads for people and cyclists; making transit safe and building more; housing the homeless and providing low cost housing for those in work on modest incomes; building new urban farms; and investing in energy retrofits and solar energy as a way to lower greenhouse gas emissions and create jobs, to give a few examples. The report also outlines steps national governments can take.

1. Support public transit. It’s the lifeblood of our cities, ensures equity, lowers emissions, and is a huge source of green jobs – every bus driver, administrator, mechanic, or streetcar operator is working in a green job.

2. Invest today in ways that will have a significant impact on making our cities better places to live and cleaner and greener – in transportation, buildings, electricity generation, and waste management. For example, Ottawa could rapidly accelerate the transition to electric vehicles by requiring Canada Post and all nationally regulated fleets to only purchase electric vehicles – and create a made in Canada program to make the vehicles here (for example, in the recently closed GM plant in Oshawa). Similarly, Ottawa could provide funding for a national scale energy retrofit program, starting with its own buildings, that would create tens of thousands of jobs. It could lead by ensuring the national building code mandates the most efficient possible buildings – and much, much more 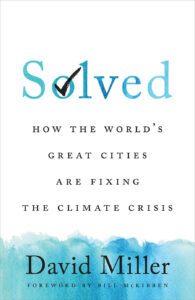 3. In recognition of the fact that the pandemic has had an unequal impact on the least well off, Ottawa should do its part to build an economic ecosystem that benefits all members of society. It can finally close the wage gap between genders and sectors. It can ensure that frontline health workers – like those in long-term care homes – are paid properly and have access to full-time work. It could also ensure that schools have the funding to reduce class sizes and hire more teachers, education workers, and early childhood educators. In a way, these are all green jobs too. They are certainly essential.

4. End fossil fuel subsidies. Canada promised to do this – in 2009. Use the savings to power a green economy that meets people’s needs.

Above all, the mayors would say: ”Have the courage of your convictions.”

Bold action is needed to address the inequities COVID-19 has so starkly revealed – and to ensure that the investments to deal with this crisis also help to forestall the climate crisis. People know this. And so do their politicians. But they will be judged by what they do, not by promises, no matter how bold.

Solved: How the World’s Great Cities Are Fixing the Climate Crisis will be available on October 1, 2020. Click here to pre-order your copy.

David Miller is the Director of International Diplomacy and Global Ambassador of Inclusive Climate Action at C40 Cities Climate Leadership Group. He is responsible for supporting nearly 100 mayors of the world’s largest cities in their climate leadership and building a global movement for socially equitable action to mitigate and adapt to climate change. He served as Chair of C40 Cities from 2008 until 2010. Miller was Mayor of Toronto from 2003 to 2010. Under his leadership, Toronto became widely admired internationally for its environmental leadership, economic strength, and social integration. He is a leading advocate for the creation of sustainable urban economies and a strong and forceful champion for the next generation of jobs through sustainability. Miller has held a variety of public and private positions and served as Future of Cities Global Fellow at the Polytechnic Institute of New York University from 2011 to 2014.

A Climate Change Manifesto for University Education
The Rapids: Ways of Looking at Mania (Part 1)