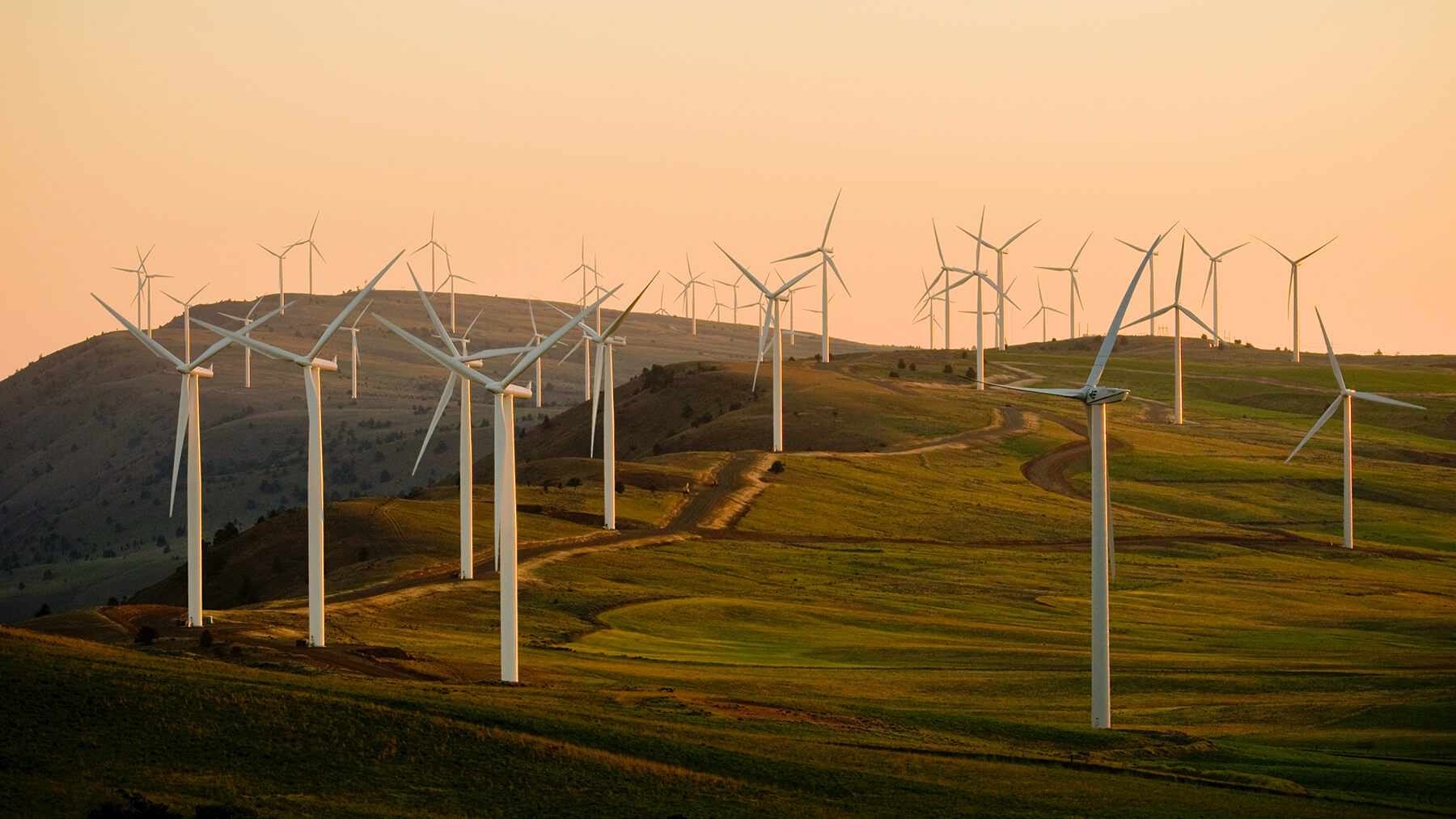 Why has Canada been unable to achieve any of its climate change targets? This is the question Douglas Macdonald’s book, Carbon Province, Hydro Province, seeks to answer. Macdonald explains that the ultimate reason for Canadian failure lies in the differing energy interests of the western and eastern provinces. The book was released back in March, and a lot has happened in the world since then, including the Throne Speech from the Canadian government in late September. So we asked Douglas Macdonald to examine what impact the speech might have on Canada’s climate and energy policies going forward.

In the Throne Speech delivered on September 23, the Justin Trudeau government made this bold declaration: “The government will immediately bring forth a plan to exceed Canada’s 2030 climate goal.” The current plan to reach that goal is the federal-provincial Pan-Canadian Framework (PCF) program, negotiated with the provinces in 2016 but still, according to Government of Canada analysis, insufficient to achieve the goal of bringing Canadian greenhouse gas emissions down to a level 30% below that of 2005. Worse yet, the PCF, intended to ensure intergovernmental collaboration, is actively opposed by Alberta, Saskatchewan, and Ontario who together have brought action before the Supreme Court seeking to have the centre-piece of the plan, the federal backstop carbon price, declared unconstitutional. The Throne Speech was right. When three provinces representing two-thirds of Canadian emissions are working to block your present plan, it is time for a new one.

Although we do not know exactly what will be in the plan, the general outline is discernable. We do know, from the Throne Speech, that it will involve federal spending in areas that reduce emissions while providing jobs and boosting the economy such as tree planting, home retrofits, and electric motor-vehicle infrastructure. So much has been spent already this year, why not a few billion more for emissions reduction? We can also predict with some confidence the plan will not involve greater use of the federal carbon price. Five years ago, carbon pricing was every policy maker’s darling, but it has since turned into a hard sell. Beyond the political challenge, it is impossible to imagine any government in Ottawa announcing an increase beyond the scheduled $50 a tonne in 2022 before the Supreme Court decides that pricing is, in fact, to be found within the federal tool-kit.

Spending yes, pricing no: what else might be in the plan? It is very likely to also include new federal law. In both the fall, 2019 Liberal election platform and the Environment Minister’s mandate letter of December 13, 2019, the government promised to enact “legally-binding five-year milestones” to provide a series of interim steps set out in law and so providing increased accountability. Reports published this summer by both a coalition of environmental organizations (Canadian Action Network, Ecojustice, Environmental Defence, Équiterre, Pembina Institute, West Coast Environmental Law) and the think-tank newly established by the Liberal government, the Canadian Institute for Climate Choices, flesh out the concept, based upon existing legislation in the UK and two Canadian provinces, British Columbia, and Manitoba. If it follows these models, the new federal law would provide a framework within which Ottawa, based upon expert, arm’s length advice, every five years would decide on a new national “carbon budget” – the total quantity of greenhouse gases to be emitted during the next five-year period.

Unfortunately, however, our crystal ball also gives a pretty clear picture of the central ingredient which will not be in the plan – an equal role for the provinces. Undoubtedly, Mr. Trudeau, his Environment Minister Jonathan Wilkinson, and their officials are consulting privately with their provincial counterparts as the plan is being developed. Furthermore, as discussed by the ENGOs and the Institute, any national carbon budget has to say something about how it will be divided up among both sectoral sources and provinces. Both fall far short, however, of what is needed: a formal federal-provincial-territorial process, replete with regular meetings of First Ministers, ministers and officials and participation by Indigenous actors, in which Ottawa, the provinces and the territories play roles at least approaching that of equals, both in developing the plan and then in implementing it, with each government using its own law, spending and other policy instruments to collectively achieve the common goal. Without such formal, public provincial participation the new climate plan cannot get us to the point of exceeding the 2030 goal.

Why is that? Why do the provinces have to be more than private voices in the Prime Minister’s ear but instead full participants, all seated on the same stage and playing out their roles in full public view? The answer is this: they will be players, whether formally included or not, but in the latter case a number of them will be playing veto roles. The provinces have unquestioned constitutional jurisdiction respecting climate policy – they are not the ones currently trying to convince the Supreme Court their policy is constitutional. Beyond that, they are fully seized of the issue. They have had for many years now their own fully developed climate policies, albeit with varying degrees of effectiveness. Most important, the intertwined issues of climate, pipelines and the economic gains from extraction and export of fossil fuel energy resources are far too important for them to ever leave climate policy in the hands of Ottawa alone.

For thirty years now, the provinces have been full-fledged players on the field of Canadian climate policy and they still will be the morning after Justin Trudeau’s new plan is announced, when they switch from private lobbying to staking out public positions. By leaving them out of the plan, the Prime Minister is pretty well ensuring that for three provinces, and perhaps more, those positions will be ones of opposition – public denunciation, refusal to cooperate and, very likely, further litigation. The chances that Ottawa alone, in the face of determined provincial opposition, can exceed the 2030 target are slim indeed.

My book, Carbon Province, Hydro Province: The Challenge of Canadian Energy and Climate Federalism, published by UTP this spring draws on analysis of Canadian fossil-fuel energy and climate policy since the 1970s to inform recommendations for how Ottawa might work with the provinces to put in place effective national climate policy. Given the comments above, you will not be surprised to learn I recommend a cooperative federalism approach. Ottawa must provide leadership but must do so while recognizing the provinces as equal partners in the national enterprise. 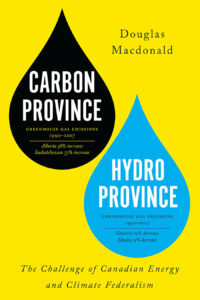 Instead of acting unilaterally, the Prime Minister should be initiating a new federal-provincial-territorial process. The Prime Minister and premiers must convene around a table to discuss what each is willing to offer in the way of emission reductions. Then over a series of subsequent meetings, the Prime Minister must use offers of funding, threats of backstop action like the current federal carbon tax, combined with skillful diplomacy and persuasion, to ratchet the cumulative total as high as possible. All this should be done while working to reach an agreement on a burden-sharing agreement, whereby each government commits to providing what it sees as a fair portion of the total emission reduction effort. Giving them a voice in setting the target and asking them only to contribute what they themselves see as a fair share might – perhaps unlikely, but just might – turn opponents into willing participants.

In 2015, the Trudeau Liberals were elected on a platform of working with the provinces to set the next Canadian target and then cooperatively implementing the programs needed to achieve it. Pity they did not stay on that path. Instead of setting a target in cooperation with other governments, they settled for Stephan Harper’s target of the minus 30%. The PCF was developed with the provinces (with Saskatchewan and Manitoba refusing to sign) but as we have seen, Alberta and Ontario, after the election of the Kenney and Ford governments, moved into an opposition stance. Nor yet have there been any First Ministers’ meetings to coordinate implementation since the December 2016 meeting at which it was signed. During the COVID meeting, the Prime Minister has worked effectively with the premiers, holding regular conference calls, providing spending assistance, and avoiding a conflict-evoking invasion of provincial health jurisdiction. Why can he not do the same thing here?

We do not know exactly what will be in the new federal climate plan. We do know, however, what is missing – the one thing necessary for its success.

Click here to find out more about Carbon Province, Hydro Province: The Challenge of Canadian Energy and Climate Federalism.

Douglas Macdonald is Senior Lecturer Emeritus, School of the Environment, University of Toronto. He is the author of many works on Canadian environmental policy and politics, including Business and Environmental Politics in Canada (2007). That book was awarded the Canadian Political Science Association Donald Smiley Prize as the best book published that year on Canadian politics and government.