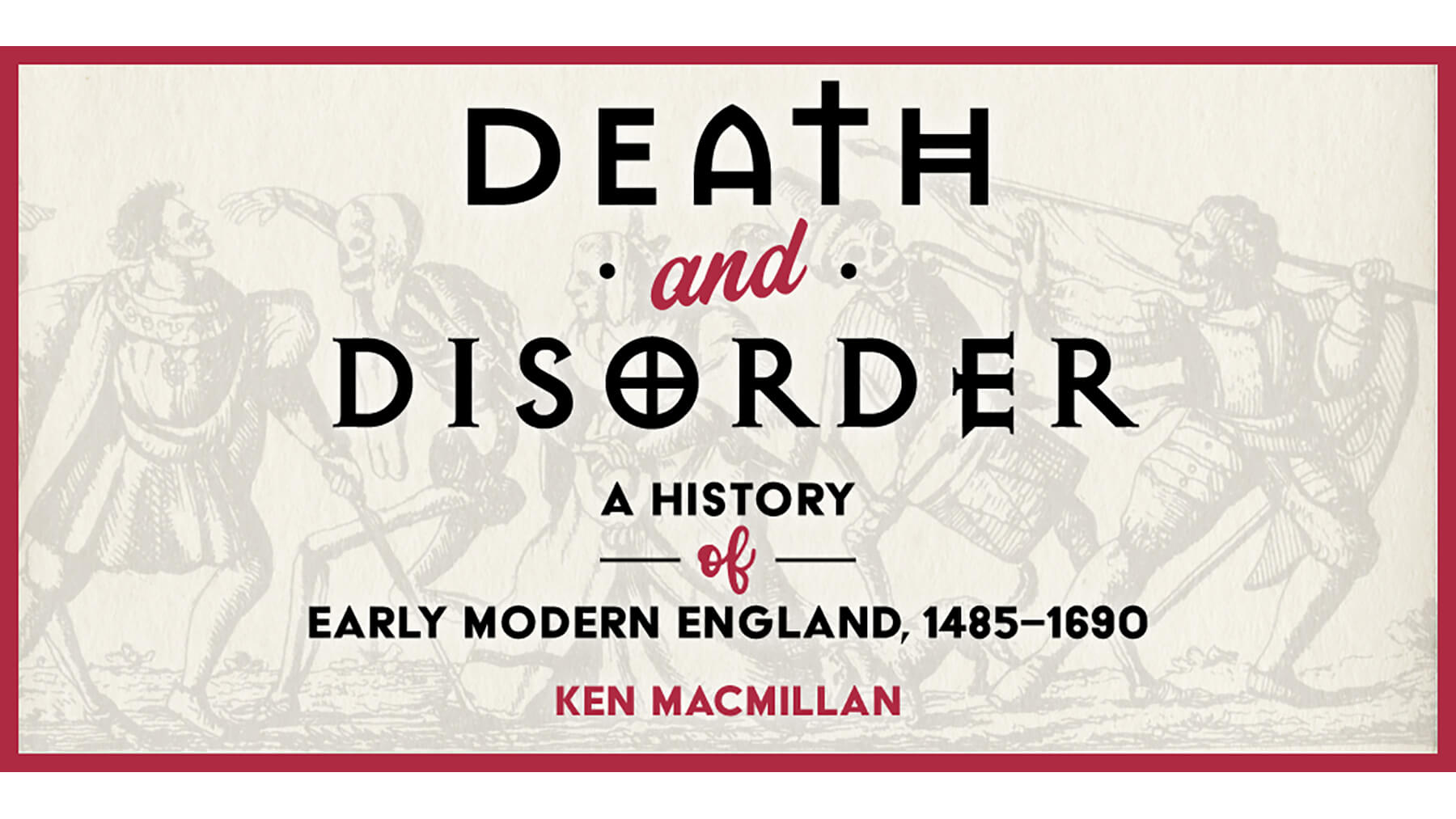 Award-winning teacher Ken MacMillan is the author of the recently published Death and Disorder: A History of Early Modern England, 1485–1690. The book introduces readers to the tumultuous world of Tudor and Stuart England, where numerous kings and queens were killed, their advisors assassinated, treasonous nobles beheaded, religious heretics burned at the stake, and common criminals executed by hanging. In this post, MacMillan delves deeper into some of these stories and discusses what we can expect from the book.

Historians often observe that early modern England was a nation obsessed with order. Guided by the church and state, and a social hierarchy composed of rulers and the ruled, this society emphasized orderliness in all things. These included showing sexual restraint, conforming to gender expectations, keeping an orderly household, being a good neighbour, and maintaining proper relations between ranks of people. With no standing army and no professional police forces, this was a society that had few coercive mechanisms to maintain order, beyond the existence of a sanguinary criminal justice system that made the early modern era the peak period of execution in all of English history.

Despite these efforts to maintain order, disorder was rampant in sixteenth and seventeenth-century England. The Tudor dynasty (1485–1603) began in bloodshed, with the killing of Richard III at the Battle of Bosworth Field. To secure the dynasty and strengthen their “new monarchy,” the early Tudor monarchs were often ruthless to their perceived enemies. It is well known, for example, that Henry VIII arranged the beheading of two of his wives and several of his leading officers of state, among them Thomas More and Thomas Cromwell, the subject of Hilary Mantel’s award-winning book series. The onset of religious reformation saw the death of hundreds of Catholics who refused to convert to Protestantism, and Protestants who refused to revert back to Catholicism. “Bloody” Mary saw to the burning of more than 300 of these heretics (or martyrs, depending on who is telling the story) at the Smithfield Fires in the 1550s. The Tudors also had their fair share of riots and rebellions, mostly about religion, which saw the deaths of thousands, either during violent suppressing of the riots, or in their aftermath.

The Stuarts (1603–1714) likewise had a disorderly history. The dynasty began with an attempt to blow up the king and parliament, which resulted in eight men being hanged, drawn, and quartered. In 1628, Charles I’s best friend and confidant, the duke of Buckingham, was assassinated by a disgruntled military officer. By mid-century, parliament and the king were at war with each other, which resulted in casualty percentages rivaling those of World War II. It also resulted in the only judicial regicide in English history, when Charles was beheaded at his Banqueting House in 1649. Many of these regicides were executed after the restoration of the monarchy in 1660. So, too, during the “Bloody Assizes,” were the participants of the Monmouth Rebellion, after their failed attempt to take the throne from James II in 1685.

Alongside these rather famous instances of death and disorder, thousands of ordinary felons were hanged at the gallows, burned at the stake, drawn and quartered, or beheaded, for crimes against the king and his subjects. Even when felons managed to gain mercy, they were often subjected to harsh corporal punishment witnessed by hundreds of their neighbours, in an effort to restore order. There were many other causes of death and disorder, too, such as the extremely high rate of infant mortality, the frequency of plague in the crowded cities, attempts to conquer New World inhabitants through violence, a surge of witchcraft accusations, and the limited ability of early modern medicine to deal with serious illness. Whatever its cause, whether mercifully swift or agonizingly slow, death was recognized in this society as inevitable, universal, and – because many believed that eternal bliss awaited in the afterlife – even desirable. The culture of death was so pervasive that themes of carpe diem (seize the day), memento mori (remember you will die), danse macabre (the dance of death), and ars moriendi (the art of dying) infused the period’s literature, artwork, religion, and thought. 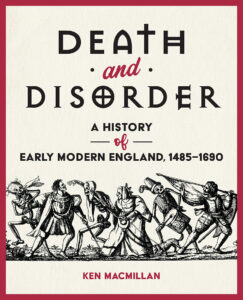 These historical events serve as the foundation for my book, Death and Disorder: A History of Early Modern England, 1485-1690. Based on my experiences during twenty years of classroom teaching, this book has been written for an audience of early-stage undergraduate students with little or no knowledge of English history. The book is not intended to be comprehensive, although it does attempt to offer students a solid grounding in the Tudor and Stuart period. In vignettes that open each chapter, and in primary source extracts that end each chapter, the book focuses on interesting and illustrative instances of death and disorder. When using these types of sources in group work activities and think-pair-share sessions, I have discovered that death and disorder – and, by extension, their thematic opposites, life and order – is a surprisingly useful way to teach students about England’s past. Rather like the modern reader’s predilection for macabre tales of murder and mayhem, the focus on death and disorder makes our classes more interesting, exciting, and provocative. It also helps students to enhance core academic skills: understanding cause-and-effect relationships, assessing continuity and change over time, enhancing critical thinking, and showing empathy for those who lived and died in the past.

War, riot, rebellion, plague, murder, assassination, massacre, regicide, witchcraft, infanticide, and suicide – these and other themes of death and disorder described throughout the book make the history come alive. Yet, as I conclude in the book, despite the prevalence of death and disorder, early modern England saw significant changes to its religion, politics, global relations, and intellectual thought. The emergence of Anglicanism as a national religion, the rise of an incipient British Empire, exceptional literary and scientific output by writers such as William Shakespeare and Isaac Newton, and the emergence of a nascent Westminster system of government, make this a key period in English history. Many of these legacies continue to be felt throughout the world today, in Canada and dozens of other “former settler societies” that have inherited England’s legal, parliamentary, religious, and social systems.

I began writing, researching, and teaching this book long before the arrival of COVID-19, but because its impact is likely to be felt for years if not decades, perhaps a book about death, disorder, and the ability of society to adapt to major events is needed now more than ever before.

Interested in finding out more about Death and Disorder: A History of Early Modern England, 1485–1690? Click here to read an excerpt from the book.

To request exam or desk copies of Death and Disorder or any other UTP title, please email requests@utorontopress.com and be sure to include the course name and number, start date, and estimated enrollment.

Ken MacMillan is Professor of History at the University of Calgary and a 3M National Teaching Fellow, Canada’s highest post-secondary teaching recognition. He is the author or editor of five books, including Death and Disorder: A History of Early Modern England, 1485-1690.