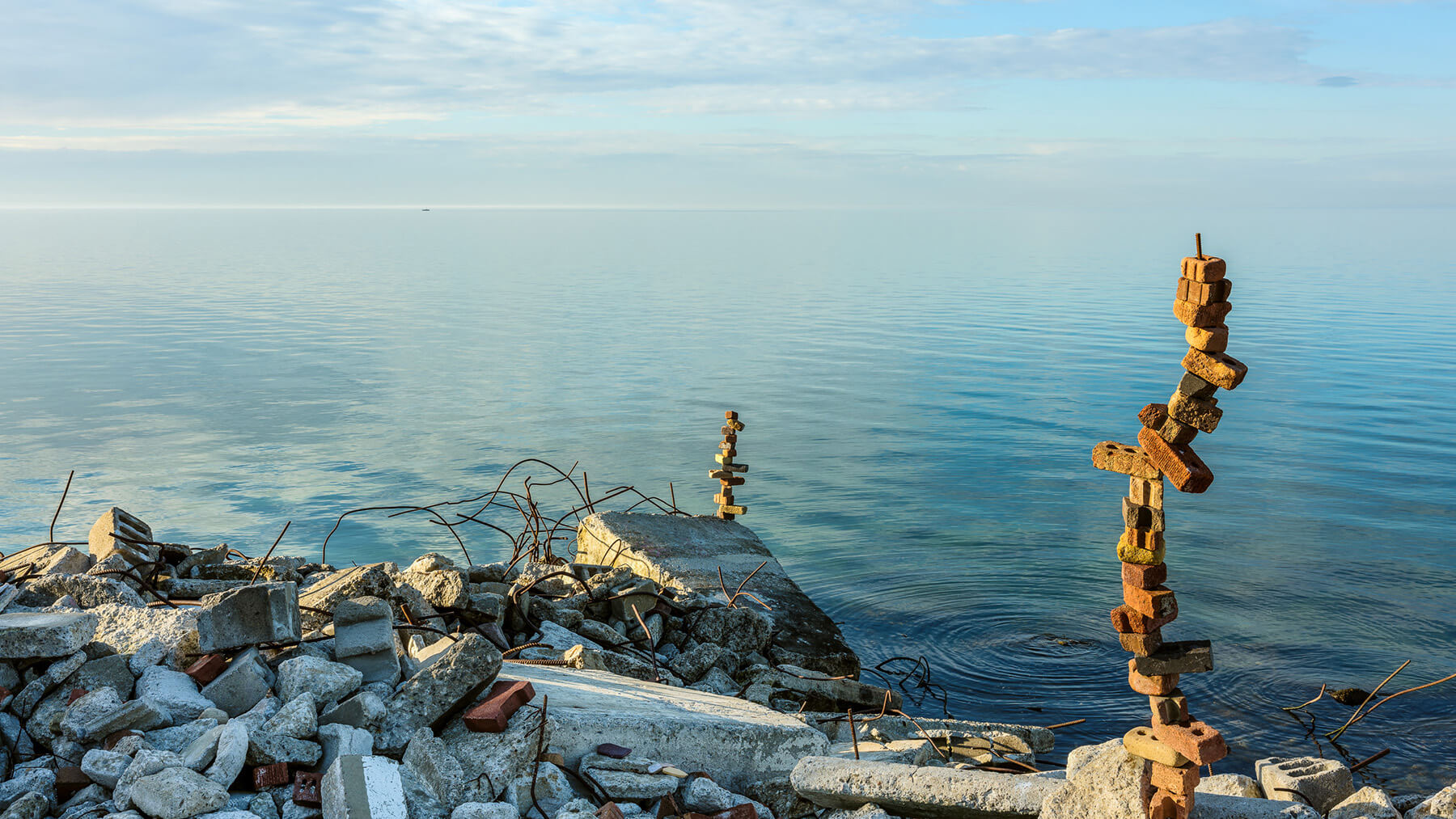 The #UPWeek blog tour train rolls on, and today we pull into our hometown of Toronto, where we are highlighting “local voices” within the community. Perfect timing, as the latest title from our new trade imprint, Aevo UTP, is released this week and has Toronto at its very heart.  Accidental Wilderness is a stunning new book about the history of Toronto’s Tommy Thompson Park, an urban landscape where forests, grasslands, and wildlife thrive – all within a stone’s throw of North America’s fourth-largest city.

In this post, local artist and photographer Robert Burley, whose stunning collection of photos feature prominently in the book, tells us more about the park and why this fortuitous urban miracle offers a hopeful narrative about how nature can flourish in a modern-day city.

Standing in the other-worldly landscape of Toronto’s Tommy Thompson Park – it is difficult to believe you are just a stone’s throw from the densely-populated downtown of North America’s fourth-largest city. The expansive views of Lake Ontario, the continuous flight of birds overhead, and the cottonwood forests all contribute to a sense of disconnection in a place where nature appears to be in control. The sublime terrain experienced along the five-kilometer (three-mile) walk to the park’s outermost point reveals a place where the city and nature have been allowed to merge in very interesting ways. Surprisingly, what began as a speculative landfill of rubble mined from Toronto’s downtown core in the 1950s has today become a globally significant twenty-first century model for urban ecology. As botanist and contributing writer Peter Del Tredici states, “The take-home lesson from today’s Tommy Thompson Park is crystal clear: Nature, when left to its own devices, can take care of itself.”

There was never an attempt to hide the history of what was a dumpsite for ruins of Toronto’s pre-modern architecture. The remnants of these buildings appear everywhere. But using this rubble as a foundation, the plan created by landscape architect Walter H. Kehm (the co-author of Accidental Wilderness) was extremely successful in setting the stage for nature to flourish in a manner uncommon in other urban parks. This idea of giving nature a leading role in determining the look and biodiverse make-up of the park is central to its character. Kehm has stated that when creating the plans for Tommy Thompson in the 1980s he was designing more for the flora and fauna that were starting to inhabitant the park and less for the people who would arrive afterwards.

Today the park is filled with birds and wildlife and resilient native and non-native plant species that have found comfort on this concrete peninsula while coexisting with the hundreds of thousands of visitors who flock to this destination on a regular basis.

The book that Kehm and I have created tells the compelling story of Tommy Thompson Park: its history of natural succession and the perspicacious group of people who, early on, recognized the importance and off-beat splendor of this landform formerly known as the Leslie Street Spit. Birders, naturalists, cyclists, and new urbanists operating under the battle cry of “Let the spit be!” were instrumental in the natural succession that has taken place past four decades. Starting in the 1980s they fought long and hard to keep cars and developers out and let the park develop as nature intended.

Having lived in Toronto for most of my life, it has given me the opportunity to watch the park develop from a barren spit into the park of today. For me, it was the edges of the park, where land meets water, which provided a source of endless fascination and the impetus to begin photographing there. The shorelines of Tommy Thompson expose the rough materials of demolished buildings from the city: concrete, brick, rebar, ceramic, and stone. However, over time, the actions of the lake have softened their edges and reshaped them into mesmerizing forms that might be described as accidental artworks. Amongst these accumulations are scattered innumerable impromptu sculptures created by park visitors. Constructions of steel, bricks, and other debris appear each weekend created by families, groups of teenagers, or other individuals who simply can’t resist the urge to reimagine and reconfigure the rubble of Toronto’s past. Sometimes these ephemeral works incorporate a nearby tree whose roots have taken hold in the crevices between concrete forms.

This is a place where the natural and artificial features of the terrain have melded together while offering a redefinition of what an urban park can be. Tommy Thompson Park offers a hopeful narrative about the regenerative forces of nature in cities during a time when we face the challenges of climate change.  But it also suggests that society has begun to renegotiate its relationship to the natural world inside its city limits. And amongst the ruins of this man-made peninsula, it appears nature is finding a way to live with us as well.

Interested in finding out more about Accidental Wilderness? Click here to read an excerpt from the book.

Click here to order your copy of the book.

To continue on Day Three of the University Press Week Blog Tour, check out posts by these other fine university presses.

As an artist working in photography, Burley's work often explores the transition between city and county. He’s completed a number of long-term projects that investigate the presence of nature in an urban setting, including; Viewing Olmsted: Photographs by Robert Burley, Lee Friedlander & Geoffrey James (MIT Press 1996) and An Enduring Wilderness: Toronto’s Natural Parklands (ECW Press 2017). His photographs have been widely exhibited and can be found in numerous museum collections around the globe. Robert lives in Toronto with his family, teaches at Ryerson University’s School of Image Arts, and is represented by the Stephen Bulger Gallery.

Science Writing in a Time of Crisis
Local Voices: Another Story Bookshop