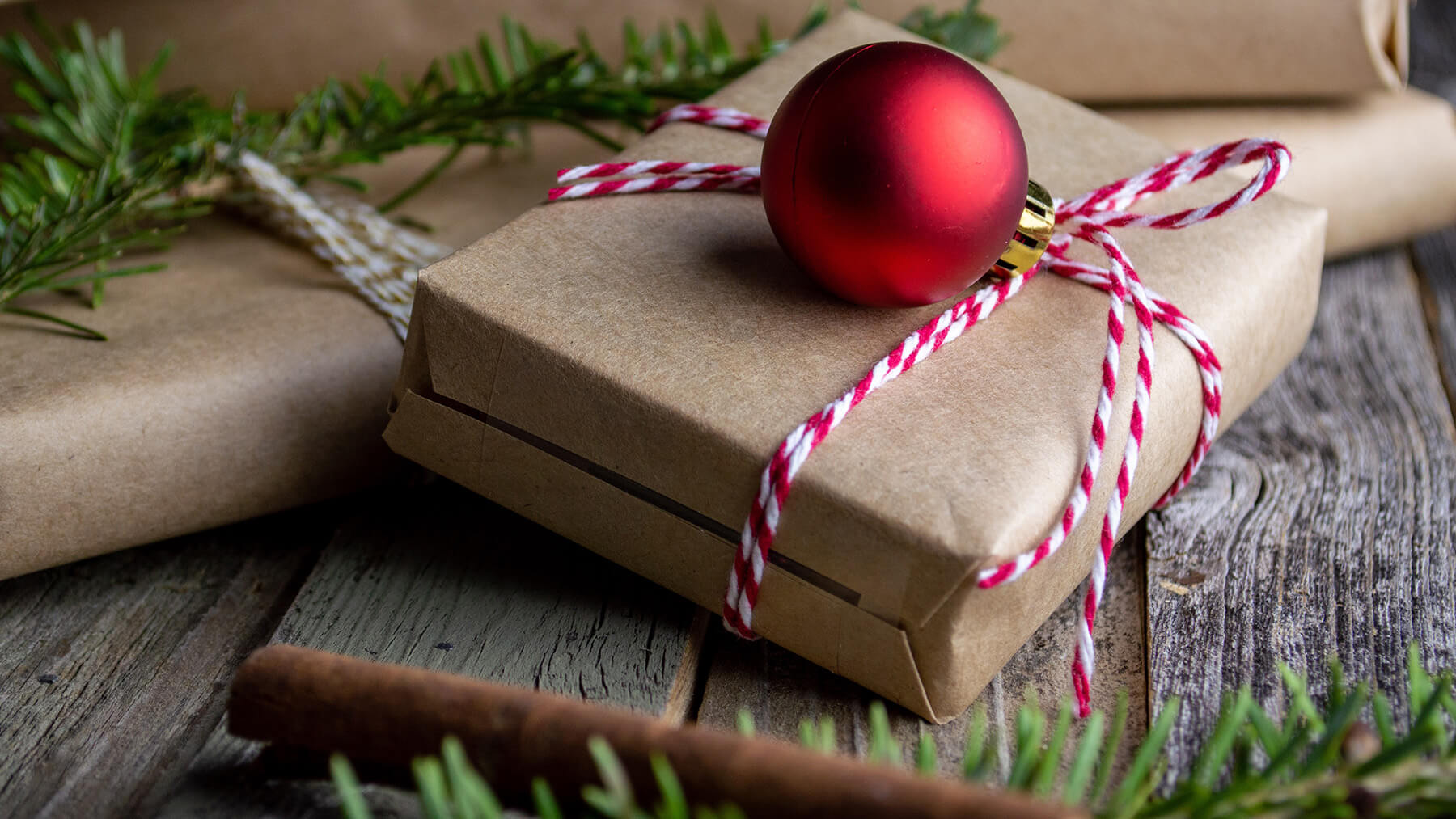 Tis the season for cozy nights spent curled up by the fire, a cup of hot cocoa in hand, and your nose in a good book. Here at the University of Toronto Press, we’ve put together three thoughtfully curated gift guides to suit every budget, ensuring that there is the perfect book for everyone on your list, and maybe a little something for yourself. This week we’re delivering our selection of the “Top Ten Books Under $20.”

Light in Dark Times: The Human Search for Meaning

By Alisse Waterston and illustrated by Charlotte Corden

What will become of us in these trying times? How will we pass the time that we have on earth? In gorgeously rendered graphic form, Light in Dark Times invites readers to consider these questions by exploring the political catastrophes and moral disasters of the past and present, revealing issues that beg to be studied, understood, confronted, and resisted.

A profound work of anthropology and art, this book is for anyone yearning to understand the darkness and hoping to hold onto the light. It is a powerful story of encounters with writers, philosophers, activists, and anthropologists whose words are as meaningful today as they were during the times in which they were written. Light in Dark Times is beautiful to look at and to hold – an exquisite work of art that is lively, informative, enlightening, deeply moving, and inspiring.

The Rapids: Ways of Looking at Mania

The Rapids is an exploration of manic depression (also known as bipolar disorder). With reflections on artists such as Carrie Fisher, Kanye West, Saul Bellow, Paul Thomas Anderson, and Spalding Gray, Sam Twyford-Moore takes readers on a literary and cultural tour of mania and what it means to live with a diagnosis of “bipolarity” in contemporary society.

His own story, told unflinchingly, is shocking and sometimes darkly comic. It gives the book an edge that is not always comfortable but full of insight and empathy. Smart, lively, and well-researched, The Rapids manages to be both a wild ride and introspective at once, exploring a condition that touches thousands of people, directly or indirectly.

Solved: How the World’s Great Cities Are Fixing the Climate Crisis

If our planet is going to survive the climate crisis, we need to act rapidly.

Taking cues from progressive cities around the world, including Los Angeles, New York, Toronto, Oslo, Shenzhen, and Sydney, this book is a summons to every city to make small but significant changes that can drastically reduce our carbon footprint. We cannot wait for national governments to agree on how to reduce greenhouse gas emissions and manage the average temperature rise to within 1.5 degrees. In Solved, David Miller argues that cities are taking action on climate change because they can – and because they must. Miller makes a clear-eyed and compelling case that, if replicated at pace and scale, the actions of leading global cities point the way to creating a more sustainable planet.

Lead for the Planet: Five Practices for Confronting Climate Change

With melting ice caps in the Arctic causing catastrophic environmental issues, it’s hard to believe that we’ve had to spend so much time convincing each other that climate change is real. Lead for the Planet shifts the focus to how we, the members of Team Humanity, are going to organize to solve the twin issues of climate change and energy evolution.

Lead for the Planet outlines five practices that successful climate leaders will need to adopt, from getting the truth about the state of the planet, to assessing the risks and identifying the interests of key stakeholders, to implementing change within and between organizations and sectors on a global scale. Building on her experience as an organizational psychologist, Rae André shows how these practices comprise an effective model for climate leadership. Lead for the Planet is a guide for the kind of leadership that is necessary to help us all avoid the worst of global warming and to create a clean energy future for the generations to come.

The New Spice Box includes short fiction, personal essays, and poetry by Jewish writers from a broad range of cultural backgrounds. The driving force behind The New Spice Box is the desire to uncover the twin touchstones of original expression and writerly craft, and to balance the representation of genres, styles, and authorial perspectives. Here, authors summon the past as they probe their cultural inheritance and move forward into the future. The book shows that Jewish literary tradition, Jewish experience, and Jewish identity can be expressed in innumerable ways.

The A–Z of Intermarriage

Written by Rabbi Denise Handlarski, an intermarried rabbi, The A–Z of Intermarriage is part story, part strategy, and all heart, as well as a coming together of religious source material, cultural context, and personal narrative. Fun to read and full of helpful and practical tips and tools for couples and families, this book is the perfect “how-to” manual for living a happy and balanced intermarried life.

This book is for people who:

The Craft of University Teaching

Intended for professors of all academic disciplines who either enjoy teaching or wish to enjoy it more, The Craft of University Teaching is a provocative and accessible book containing practical advice gleaned from the academic literature on pedagogy.

In an era of increased bureaucratic oversight, rapidly diminishing budgets, and waves of technological distraction, The Craft of University Teaching provokes reflection on matters of pedagogy that are too often taken as settled. In so doing, it seeks to reclaim teaching as the intellectually vibrant and intrinsically rewarding endeavor that it is.

The Soul of Things combines a rare depiction of upper-middle-class Jewish life in pre-war Hungary with the chronicle of a woman’s deportation and survival in the camps. Fahidi is a gifted writer with a unique voice, full of wisdom, humanity, and flashes of dark humour. With an unsentimental, philosophical perspective, she recounts her journey from the Great Hungarian Plain to the extermination camp of Auschwitz-Birkenau, the forced labour camp of Münchmühle, and back.

The Conflict over the Conflict: The Israel/Palestine Campus Debate

The Conflict over the Conflict chronicles one of the most divisive and toxic issues on today’s college and university campuses: Israel/Palestine. Some pro-Palestinian students call supporters of Israel’s right to exist racist, and disrupt their events. Some pro-Israel students label pro-Palestinian students terrorists, and the Jews among them traitors. Lawsuits are filed. Legislation is proposed. Faculty members are blacklisted and receive death threats. Academic freedom is compromised and the entire academic enterprise is threatened. How did we get here and what can be done?

In this passionate book, Kenneth S. Stern examines attempts from each side to censor the other at a time when some say students, rather than being challenged to wrestle with difficult issues and ideas, are being quarantined from them.

Natalia Ginzburg (1916-1991) is today recognized as one of the foremost woman writers to emerge from twentieth-century Italy. The Complete Short Stories of Natalia Ginzburg brings together in English translation for the first time the eight short stories that Ginzburg wrote between 1933 and 1965.

Including an introduction by the translator and extensive contributions from Alan Bullock, Emeritus Professor of Italian at the University of Leeds, The Complete Short Stories of Natalia Ginzburg encourages a deeper understanding of Ginzburg’s life’s work and compliments those other collections and individual works which are already widely available in English.

In addition to our recommended titles for under $35, we’re also running our UTP Holiday 100 sale. This December, we’re offering 50% off 100 titles that deserve some extra attention. The sale ends on December 21, 2020.