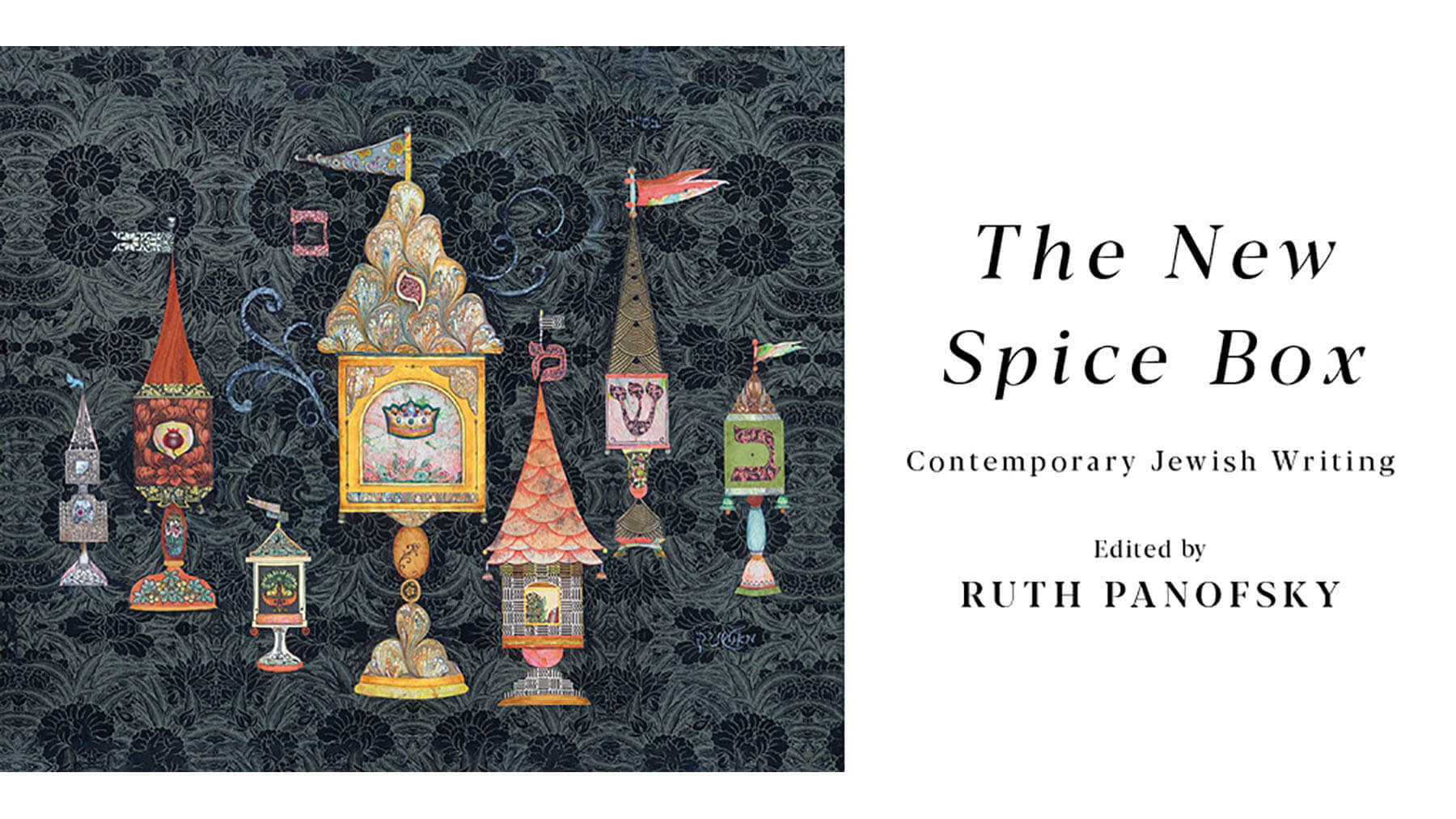 The New Spice Box: Contemporary Jewish Writing, now in its third iteration, is the latest book to be released by New Jewish Press and brings together contemporary short stories, creative non-fiction, and poetry by a mix of authors offering a window into new and exciting Jewish writing. In this post, we asked author Ruth Panofsky to talk us through her book which celebrates recent Jewish writing. 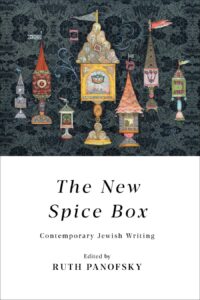 My aim in editing The New Spice Box: Contemporary Jewish Writing was to produce an anthology that was fresh and relevant and would reflect the rich diversity of recent Jewish writing. So, in reading, selecting, and assembling material for the volume, I was guided by my title, with its emphasis on newness.

Much has developed and changed since the appearance in 1981 of the first iteration of The Spice Box: An Anthology of Jewish Canadian Writing. Co-edited by Gerri Sinclair and Morris Wolfe, The Spice Box marked the growth of Jewish literary activity in Canada over the course of the twentieth century. It included work that was explicitly concerned with the various ways Jewish and Canadian identities converged. Among those featured were writers who are now part of the literary canon: poets A.M. Klein, Irving Layton, and Miriam Waddington and prose writers Ted Allen, Mordecai Richler, and Adele Wiseman. As the first of its kind, the anthology helped lay the foundation for the field of Canadian Jewish literature and its study.

When the New Jewish Press was established in 2015, I was invited to produce a second iteration of the anthology, conceived as an homage to its predecessor. The New Spice Box: Canadian Jewish Writing appeared in 2017 and was one of the first titles to be issued under the new imprint. As I prepared that anthology, I observed that many writers, who now felt settled enough in Canada, were inclined to explore their cultural inheritance by returning to a historical past that was rarely rooted in this country. The 2017 volume included work by poets Susan Glickman, Robyn Sarah, and David Solway and prose writers Eva Hoffman, Naim Kattan, and J.J. Steinfeld.

In 2020, The New Spice Box is broader still in scope, as reflected in its subtitle Contemporary Jewish Writing. This collection celebrates diversity – in style and setting, subject matter, and literary perspective. There is a variety of language and genre; class, culture, and ancestral roots; sexual orientation; and religious and ritual practice. Here, writers explore the intersectional complexities of cultural and national identity. What is striking, and perhaps most affirming, is their sense of comfort in writing openly about Jewish experience.

I chose to foreground language and genre by opening the volume with an excerpt from Bernice Eisenstein’s ground-breaking I Was a Child of Holocaust Survivors (2006), the first graphic memoir about the Holocaust written by a Canadian. Accompanied by evocative images that complement the text, “Yiddish Holds the World” looks backward and reads like a love letter to the Yiddish language, “the soul and substance” of Eisenstein’s early home life in Toronto’s Kensington Market. Through its combined artistry of words and images, Eisenstein’s piece offers a powerful entry to the works that follow.

To close the volume, I selected Sigal Samuel’s essay “Wor(l)d Salad: A Writer’s Love Letter to the Hebrew Language,” which is situated in the present as it looks outward to the future. Samuel blends English and Hebrew in this beautiful piece that explores her connection to her “magical” mother tongue of Hebrew and celebrates its “internal music.”

Linguistically, these innovative pieces by Eisenstein and Samuel serve to bookend The New Spice Box, which includes further work that invokes the languages of Yiddish and Hebrew. Across the anthology, the personal and the literary are refracted anew through these languages.

Many writers are concerned with class, culture, and ancestral roots. In an excerpt from Davy the Punk: A Story of Bookies, Toronto the Good, the Mob and My Dad (2014), Bob Bossin fondly recalls the storytelling talents of his father Davy, a successful bookie of the 1950s who would hold court at the Sea Hi Chinese Restaurant on Toronto’s Dundas Street. In sharp contrast, Hungarian-born essayist Elaine Kalman Naves – who has lived most of her life in Montreal — unveils the story of lost family members as she writes movingly of the testimony she provided at the 2015 trial of former SS guard Oskar Groening.

Mireille Silcoff’s short story “Shalom Israel!” traces several phases of immigration as it moves from Russia to Tel Aviv, then on to a number of American cities en route to Miami, and finally to Montreal. Mark Berman, the thirteen-year-old Latvian-born protagonist of David Bezmozgis’s short story “An Animal to the Memory,” has little knowledge of what it means “to be a Jew.” His inculcation into Jewish culture is through the violence, verbal abuse, and emotional trauma ironically meted at a Toronto Hebrew school.

Essayist David Rakoff recollects with humour the summer he spent on a kibbutz in Israel. At the age of fifteen, having been forced to work in a fetid chicken coop, he is soon grateful for the experience, which forces the realization that “I don’t like chickens … I like men.” Similarly, poet Jacquie Buncel rejects having to hide her sexual orientation while on holiday in France with relatives; instead, she pictures herself freely “dancing on a boulder.”

Alongside a number of writers, Ayelet Tsabari questions the role of tradition and ritual practice. In her short story “Brit Milah,” a young woman’s decision not to circumcise her newborn son – “We don’t think it’s necessary” – gives rise to conflict with her own mother, who must reconsider time-honoured views. Prayer, too, is given new expression through thought and emotion rather than ceremony, as in Naomi Guttman’s poem: “Open to me: rest your ribs / into my hands … / Polish my blood / and my breath with your sighs.”

Of all the writers represented in The New Spice Box, none more than Alison Pick shows that Jewish consciousness can be acquired, as well as inherited. Although her Jewish patrimony lay secreted in the inconsistencies and gaps in her family narrative and interrelationships, it called out to her for exploration. As a teenager, Pick, who was raised Anglican in Kitchener, Ontario, learns the truth of her father’s Czech Jewish origin. In adulthood, she embarks on a personal journey to uncover her father’s suppressed history, which leads her to the shocking revelation that European relatives were lost during the Holocaust and the eventual decision – even as she declares “I already am [Jewish]” – to undergo formal conversion to Judaism.

That Pick willingly engaged in the disquieting task of retrieval – research that led her to review her most intimate bonds, past and present, as she recounts in her memoir Between Gods (2014) excerpted in the collection – suggests the degree to which Jewish identity is at once painful and lasting, resilient and sustaining. For Pick, the turn to Judaism, its history, rituals, and sense of community, was a true homecoming.

For the writers represented in The New Spice Box: Contemporary Jewish Writing the liberty to explore facets of Jewish life is expressed as a similar homecoming. Indeed, as I write in my introduction to the volume, the featured work shows “that there are innumerable ways in which literature is Jewish in orientation, multiple ways in which writers identify as Jewish, and countless ways in which Jewish experience is written into literature.”

New Jewish Press is an imprint of University of Toronto Press that includes outstanding books on Jewish culture, history, philosophy, literature, and religion. Books published under the New Jewish Press imprint will contribute to the Canadian and international Jewish cultural landscape by connecting with a broad and intellectually engaged readership.

Ruth Panofsky is a professor in the Department of English at Ryerson University and the editor of The New Spice Box: Contemporary Jewish Writing.