Home > Blog > “I am its antithesis… its darkness.” Colonial Half-steppin’ in and of the Canadian University 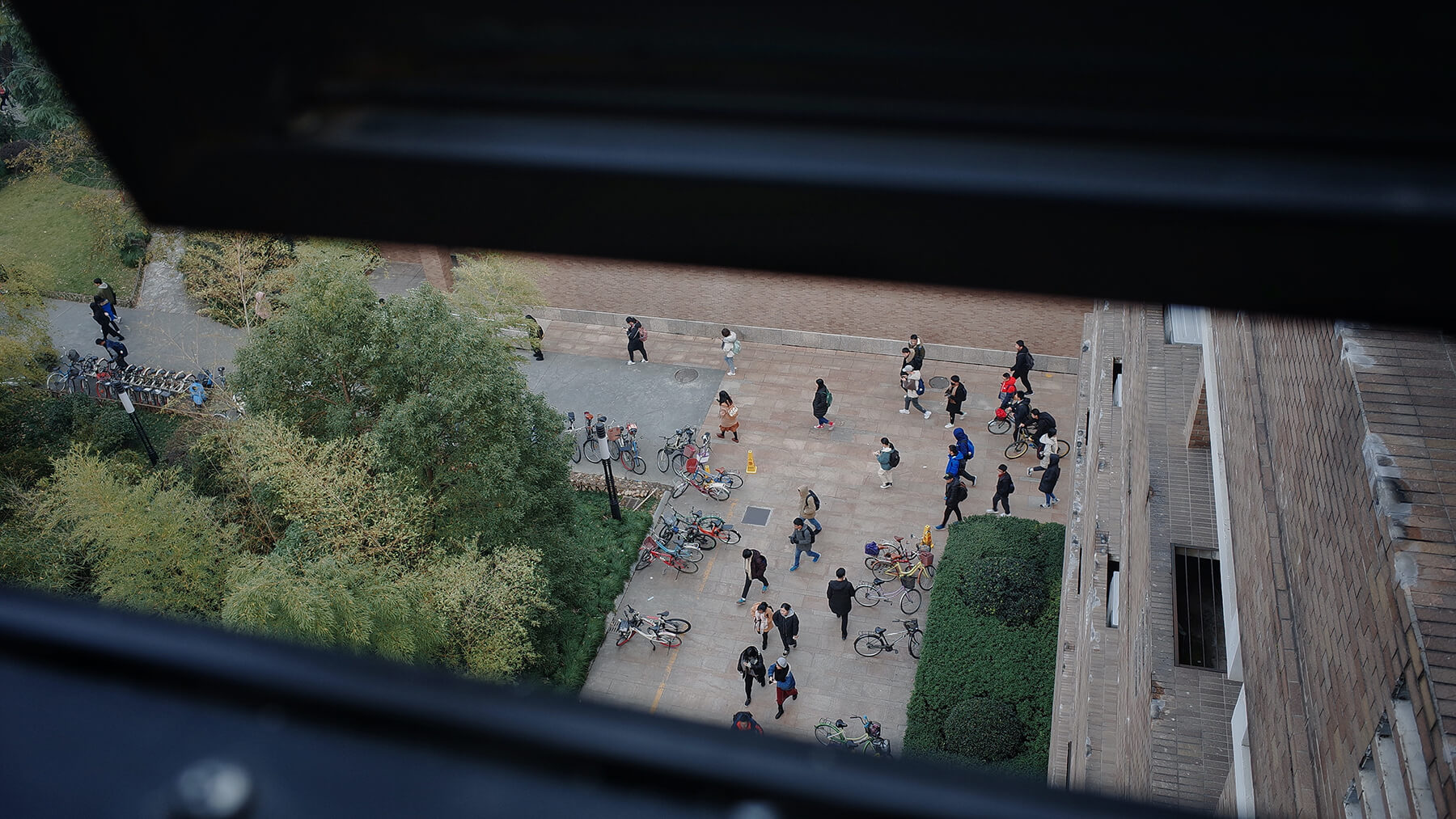 In this post, rosalind hampton draws on her book, Black Racialization and Resistance at an Elite University, which provides a historical narrative and critical analysis of higher education centered on the experiences of Black students at McGill University. 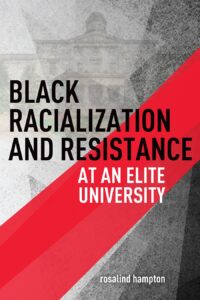 I am writing from the territories of the Mississaugas of the Credit, the Anishinaabe, the Haudenosaunee, and the Wendat peoples. I have been living here in Tkaronto for just two and a half years; I am from Kanien’kehá:ka territory, where Montreal still feels like home. Moving to Toronto has furthered my thinking about notions of place and belonging, how our ideas of who we are and where we belong are deeply co-constructed; about longing, and about being in good relation with loved ones, with land and more-than-human relations. My own embodied experiences of this displacement, that I have chosen at this time in my life, have strengthened my awareness of colonial-capitalist practices of dispossession and forced displacement that especially target Indigenous, Black, and Black-Indigenous peoples. I am implicated in these practices as someone holding Canadian citizenship and now, as someone who works as an academic. I write to those of you who are also implicated in displacement and dispossession.

The Canadian university is one of several institutions that uphold and reproduce Canada as a settler colonial nation. Canada has always been structured and organized through race-class hierarchy and segregation, and it has influenced and fomented apartheid elsewhere too. Canadian education administrators and the Deputy Ministers for Immigration, Indian Affairs, and Labour offered insight and advice to South African officials about spatial methods of racial segregation and erasure, based on Canada’s system of Indian reservations, pass laws, and residential schools. Education systems and discourses have always been used in service of imperialism and the dehumanization of Black people, and remain deeply implicated and invested in promoting global racial capitalism. “The obscenity,” as Jodi Melamed has written, is that business as usual continues in and for the university despite its own acknowledgement that its conditions of possibility have been and remain slavery and its afterlives, and the eliminatory regimes of settler colonialism, past and present.”

The statement below is by a former student I interviewed for the research that informs my book Black Racialization and Resistance at an Elite University (UTP, 2020).

You’re socialized in such a way, that for some, that socialization looks like preparation for the real world. And I guess that’s essentially, scarily, what McGill did. It prepared you such that, for me, socialization looked like never fitting in. And it looked like difference. Looked like having to accept what was. Accept it or change it. But knowing that if you’re seeking to change it, it’s gonna’ be a long road; it’s gonna’ be a difficult road and probably a very lonely road. But you make the choice. … I feel like there are some people who went to McGill and can claim McGill, like: ‘that was my alma mater, that’s my school.’ I can’t do that. I don’t have anything, I don’t have any McGill memorabilia, my diploma is sitting in the same envelope that I received it in, in my suitcase, that I packed, when I left Montreal. Me and McGill—there’s nothing. There’s no love. Because I just don’t feel that I am a reflection of what McGill is. At all. I feel like I am its antithesis. I feel like I am its, its darkness. And I like that.

In the past, when presenting this research, I have used this quote to end my discussion. In these presentations, I began with an historical overview of the emergence of the Canadian university. I then examined this ongoing history of what can best be described as colonial fuckery through telling the stories of Black students and professors at McGill University. These are stories of the resistance and perseverance of Black people who have entered, survived, and surpassed the limits of the institution. While the university is steeped in colonial legacies that continue to haunt Black people, Black people have always resisted and many have consciously refused to be socialized into whiteness. We have thus haunted the institution back, like “its darkness.”

Rather than ending with this darkness as I have in past presentations of my research, I am now much more interested in beginning with Blackness. To attend to Blackness as the point of departure, rather than the landing, is a move away from centring the university that we have and its ongoing enactments of the logics and structural conditions of colonialism, settler nationalism, and racial capitalism. It is an abolitionist orientation that might allow us to reclaim some of the energy we have been directing at the institutions that oppress us; to focus instead on one another and on mutually bringing the world we want into existence. This is not to ignore or even downplay the day to day violence of the university and the ways in which it hurts us. It is a refusal to allow it to be the point. Abolition, as Ruth Wilson Gilmore reminds us, is about neither contempt nor pity; abolition and decolonization must be understood and pursued together, creating the conditions through which we end colonialism and racial capitalism. This work is about exposing the (il)logics of colonialism-capitalism and practicing alternative ways of being and living together that make the institutions that uphold this system irrelevant. It is also about caring for one another and surviving in the meantime, growing our organizing efforts and taking up space. Abolition is presence, Gilmore tells us, and abolition is long.

Meanwhile the everyday work of being Black and/or claiming Blackness in the context of the university involves deciding if and how to respond to blatant, overt, and explicit racism, as well as complex and more subtle processes of Black racialization and nuances of anti-Black racism. As 2020 drew to a close, the racial liberalism of Canadian academia continued to embarrass and expose itself in debates about whether the use of the “n-word” by professors in their course lectures and discussions is a matter of “academic freedom.”

Although Black scholars have been saying this for decades, now suddenly Canadian universities are worrying out-loud about whether they may have an anti-Blackness problem. The solution to the problem (from the perspective of university administrators and their advisors) is training and initiatives dedicated to “anti-Black racism.” Yet, we need to be cautious about how “anti-Black racism” is becoming a thing – a commoditized term to be exploited and wielded as capital. The rush to capitalize on the newly thingified “anti-Black racism,” through trainings, panels, taskforces, and administrative positions, works to dodge, depoliticize, and demobilize critical attention to ongoing processes and relations of anti-Black racism.

Accept it or change it.

The Canadian university is one of several institutions that uphold and reproduce Canada as a settler colonial nation characterized by racial-class hierarchy and spatial order. “Accept it or change it,” as the student said, and know “that if you’re seeking to change it, it’s gonna’ be a long road.” Black Studies can absolutely further our potentials for thinking and doing and being otherwise. Black Studies offers and is brave space – as Andrea Davis has so aptly described – from which to practice behaviours and foster the conditions through which we can study and create (for) our collective freedom. This project is inherently anticolonial and anticapitalist and extends beyond the university and its relevance – this is what haunts the institution, this is its darkness.

Black Studies courses, programs, and centres for Black students are all critically important and long overdue. These must be understood as part of the prelude, not the end game. Hiring Black professors must be about hiring whole, complex, critically-thinking people attached to dynamic communities – not just incorporating “black bodies” for visual effect. Black Studies is an inherently political project – ain’t no half-steppin’. Black radical scholars have critical, collective work to do, in solidarity with Indigenous and other colleagues and comrades. If the past year has taught us anything about this work, it should be that we must be vigilant and insist upon the Black Studies that does not fit neatly into the university we have, but rather is its antithesis. If Black Studies is to fit anywhere, it should be into the university we want.

A version of this blog post was presented at the Discussions on Decoloniality webinar series of the University of Kwazulu-Natal Centre for Civil Society on 18 November 2020.

Click here to order your copy of Black Racialization and Resistance at an Elite University.

rosalind hampton is an assistant professor in the Department of Social Justice Education at the University of Toronto.