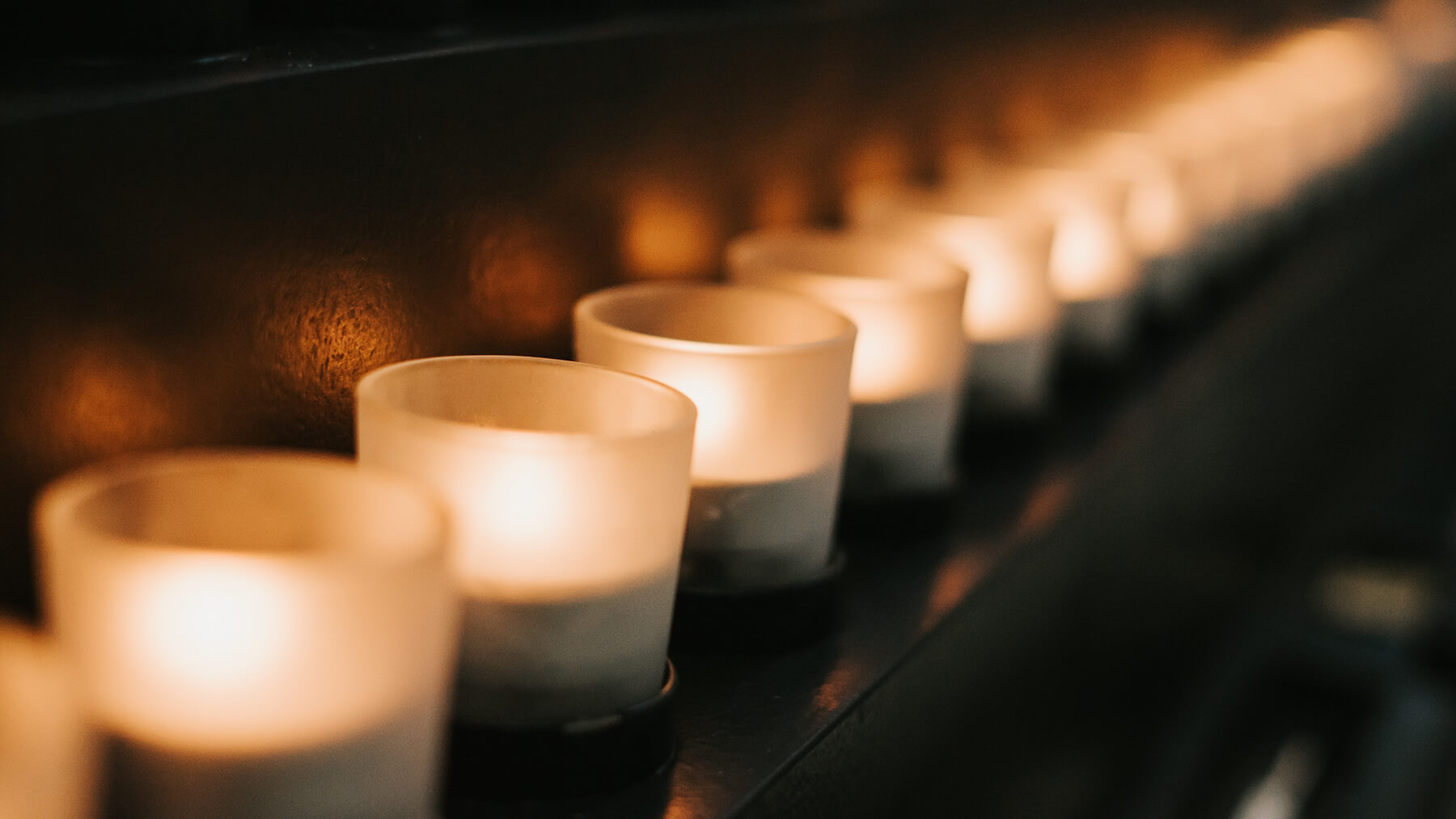 On International Holocaust Remembrance Day, we commemorate the tragedy that occurred during the Second World War and honour the six million Jewish victims of the Holocaust, as well as the millions of other victims of Nazism. We continue to publish groundbreaking scholarship on the Holocaust and in this post, we share some of our recent publications with you on the anniversary of the liberation of Auschwitz-Birkenau.
*** 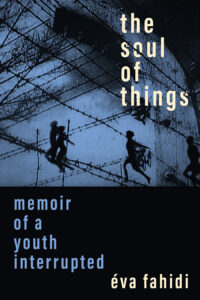 The Soul of Things combines a rare depiction of upper-middle-class Jewish life in pre-war Hungary with the chronicle of a woman’s deportation and survival in the camps. Fahidi is a gifted writer with a unique voice, full of wisdom, humanity, and flashes of dark humour. With an unsentimental, philosophical perspective, she recounts her journey from the Great Hungarian Plain to the extermination camp of Auschwitz-Birkenau, the forced labour camp of Münchmühle, and back.

The English edition includes a new introduction by historians Éva Kovács and Judith Szapor, the original prefaces to the Hungarian and German editions, an essay on the Münchmüle Camp by Fritz Brinkman-Frisch, and extensive notes providing historical and cultural context for Fahidi’s narrative. 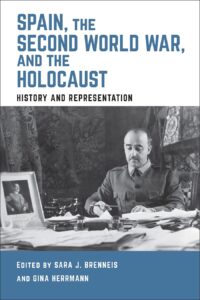 Spain, the Second World War, and the Holocaust: History and Representation

Spain has for too long been considered peripheral to the human catastrophes of World War II and the Holocaust. This volume is the first broadly interdisciplinary, scholarly collection to situate Spain in a position of influence in the history and culture of the Second World War. Featuring essays by international experts in the fields of history, literary studies, cultural studies, political science, sociology, and film studies, this book clarifies historical issues within Spain while also demonstrating the impact of Spain’s involvement in the Second World War on historical memory of the Holocaust.

Many of the contributors have done extensive archival research, bringing new information and perspectives to the table, and in many cases the essays published here analyze primary and secondary material previously unavailable in English. Spain, the Second World War, and the Holocaust reaches beyond discipline, genre, nation, and time period to offer previously unknown evidence of Spain’s continued relevance to the Holocaust and the Second World War.

European Mennonites and the Holocaust 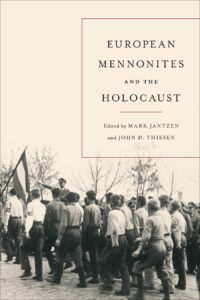 During the Second World War, Mennonites in the Netherlands, Germany, occupied Poland, and Ukraine lived in communities with Jews and close to various Nazi camps and killing sites. As a result of this proximity, Mennonites were neighbours to and witnessed the destruction of European Jews. In some cases they were beneficiaries or even enablers of the Holocaust. Much of this history was forgotten after the war, as Mennonites sought to rebuild or find new homes as refugees. The result was a myth of Mennonite innocence and ignorance that connected their own suffering during the 1930s and 1940s with earlier centuries of persecution and marginalization.

European Mennonites and the Holocaust identifies a significant number of Mennonite perpetrators, along with a smaller number of Mennonites who helped Jews survive, examining the context in which they acted. In some cases, theology led them to accept or reject Nazi ideals. In others, Mennonites chose a closer embrace of German identity as a strategy to improve their standing with Germans or for material benefit.

A powerful and unflinching examination of a difficult history, European Mennonites and the Holocaust uncovers a more complete picture of Mennonite life in these years, underscoring actions that were not always innocent. 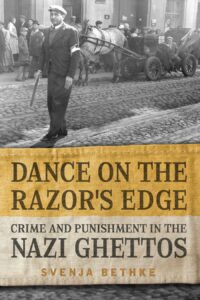 Dance on the Razor’s Edge: Crime and Punishment in the Nazi Ghettos

The ghettos established by the Nazis in German-occupied Eastern Europe during the Second World War have mainly been seen as lawless spaces marked by brutality, tyranny, and the systematic murder of the Jewish population. Drawing on examples from the Warsaw, Lodz, and Vilna ghettos, Dance on the Razor’s Edge explores how under these circumstances highly improvised legal spheres emerged in these coerced and heterogeneous ghetto communities.

Looking at sources from multiple archives and countries, this book investigates how the Jewish Councils, set up on German orders, formulated new definitions of criminal offenses and established legal institutions on their own initiative as a desperate attempt to ensure the survival of the ghetto communities. Bethke explores how people under these circumstances tried to make sense of everyday lives that had been turned upside down, taking with them pre-war notions of justice and morality, and considers the extent to which this rupture led to new judgments on human behaviour. In doing so, this book aims to understand how people attempted to use their very limited scope for action in order to survive. Set against the background of a Holocaust historiography that often still seeks for clear categories of “good” and “bad” behaviour, Dance on the Razor’s Edge calls for a new understanding of the ghettos as complex communities in an unprecedented emergency situation. 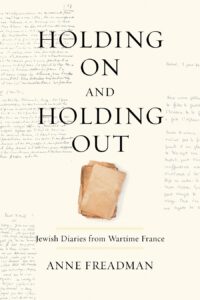 Holding On and Holding Out: Jewish Diaries from Wartime France

Examining the diary as a particular form of expression, Holding On and Holding Out provides unique insight into the experiences of Jews in France during the Second World War. Unlike memoirs and autobiographies that reconstruct particular life stories or events, diaries record daily events without the benefit of retrospect, describing events as they unfold. Holding On and Holding Out assesses how individuals used diaries to record their daily life under persecution, each waiting for some end with a mix of hope and despair. Some used the diary to bear witness not only to the terror of their own lives, but also to the lives and suffering of others. Others used their writing as a memorial to people who were killed. All used their writing to assert: “I live, I will have lived.”

Holding On and Holding Out follows the diaries of two specific individuals, Raymond-Raoul Lambert and Benjamin Schatzman, from their first entry to the last one they wrote before they disappeared into the Nazi extermination camps. The author concludes the book by considering how reflections on their experience are informed by the times in which they lived, before the advent of persecution. 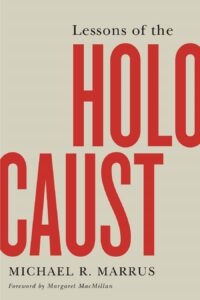 Lessons of the Holocaust

Although difficult to imagine, sixty years ago the Holocaust had practically no visibility in examinations of the Second World War. Yet today it is understood to be not only one of the defining moments of the twentieth century but also a touchstone in a quest for directions on how to avoid such catastrophes.

In Lessons of the Holocaust, the distinguished historian Michael R. Marrus challenges the notion that there are definitive lessons to be deduced from the destruction of European Jewry. Instead, drawing on decades of studying, writing about, and teaching the Holocaust, he shows how its “lessons” are constantly challenged, debated, altered, and reinterpreted.

A succinct, stimulating analysis by a world-renowned historian, Lessons of the Holocaust is the perfect guide for the general reader to the historical and moral controversies which infuse the interpretation of the Holocaust and its significance.

The Hill Times' List of 100 Best Books in 2020: "Canadian Political Economy"
“I am its antithesis… its darkness.” Colonial Half-steppin’ in and of the Canadian University