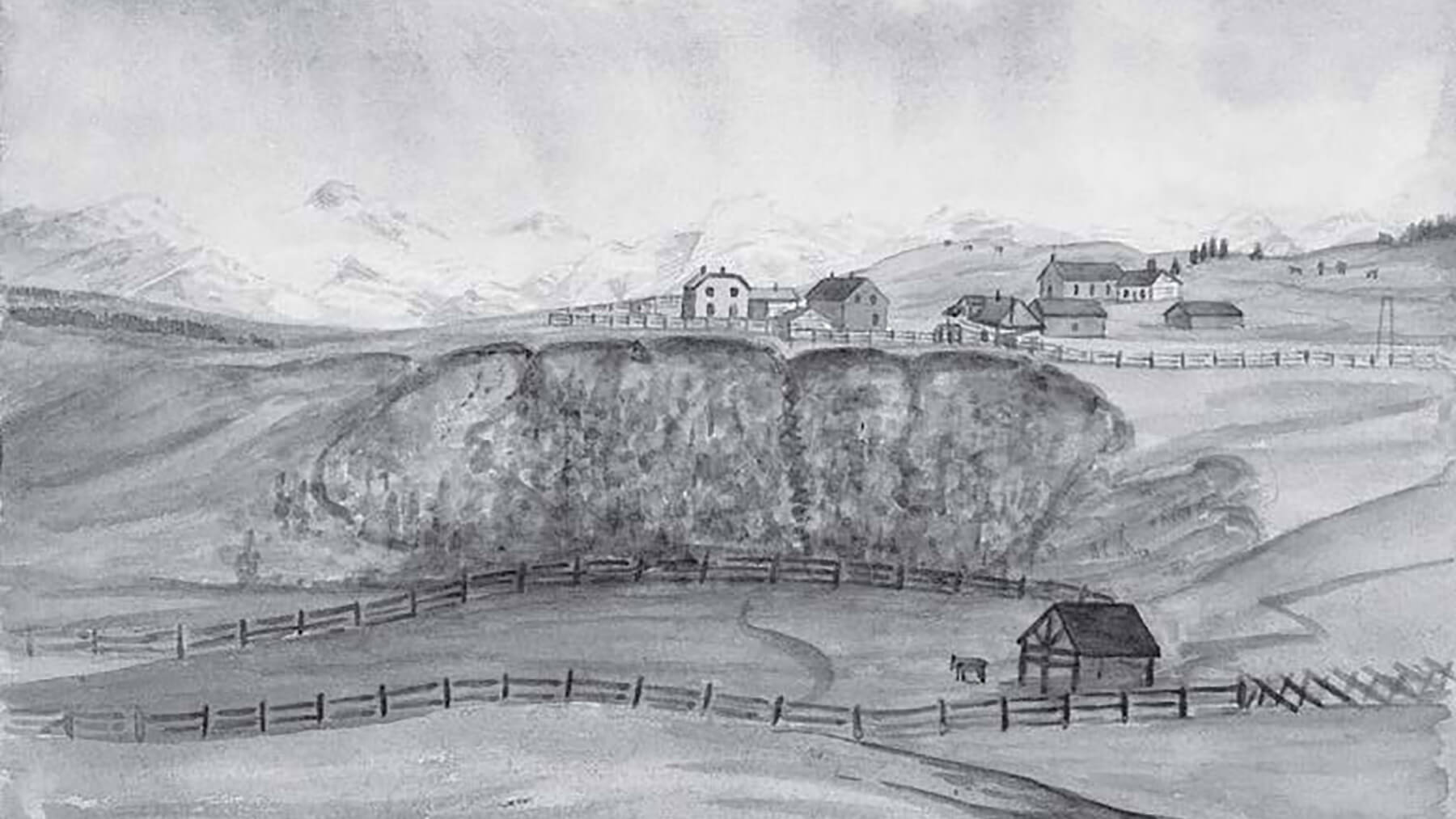 Main image above: A watercolour of the Stoney Indian Mission Buildings by the Rev. E.F. Wilson, 6 June 1887. NA-4094-3, Archives and Special Collections, University of Calgary.

Donald B. Smith, professor emeritus of history at the University of Calgary, is one of Canada’s most renowned historians, having written extensively on Aboriginal Canada, Quebec, and the history of Calgary and Southern Alberta. His final book to be published in a distinguished career, Seen but Not Seen explores the history of Indigenous marginalization and why non-Indigenous Canadians failed to recognize Indigenous societies and cultures as worthy of respect. In this post, Smith discusses what we can expect from his final book which covers fresh ground in the history of settler-Indigenous relations. 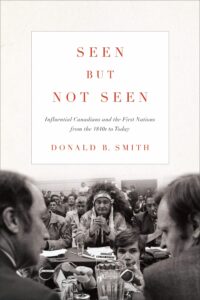 On 25 June 1969, the Liberal government of Pierre Trudeau tabled in the House of Commons the “Statement of the Government of Canada on Indian policy,” popularly called “The White Paper” (in government, the term “white paper” is applied to policy proposals). If passed by Parliament, the new legislation would end the unique legal rights of status Indians. Reserves and the historic Indian treaties, as well as the Department of Indian Affairs and Northern Development itself, would disappear. Indigenous protest against the policy initiative arose immediately. The photo on the book covers shows the moment of defiance on 4 June 1970 when a phalanx of western chiefs stood face to face with the prime minister (shown left, back to camera) and his full cabinet in the cavernous Railway Committee Room of the Parliament Buildings. They presented their position paper, originally prepared by the Indian Association of Alberta, entitled Citizens Plus, but popularly known as “The Red Paper.” In response to the strong First Nations’ protests against the assimilationist White Paper, the federal government formally retracted it in 1971.

During Canada’s first century from Confederation to the late 1960s the country did not realize the depth of the First Nations’ opposition to the imposition of aggressive assimilation, or as many term it today, cultural genocide. The majority of society remained unaware that, while the First Nations were prepared to accept certain aspects of another culture, at the same time they wished to retain their own. Seen but Not Seen is one non-Indigenous Canadian historian’s attempt to reveal the indifference and ignorance that prevailed. Since the 1970s the First Nations have emerged in the public eye from the shadows to occupy centre stage.

The writing of Seen but Not Seen really began half a century ago with my introduction to the history of the Indigenous Peoples whose occupancy of present-day Canada dates back at least 10,000 years. The history of Canada is the history of the First Peoples, yet in my school days in Oakville, Ontario, the Indigenous peoples were invisible, even though my public school was located on the site of an ancient Indigenous burial ground. The corn planting fields of the Mississaugas of the Credit First Nation once stood in the river valley below. The lack of knowledge extended into high school and even into my university years. In the 1960s the University of Toronto did not offer a single history course on the Indigenous Peoples. My personal journey began. Who were these people, once erroneously termed Indians, today known as First Nations, and why were they so marginalized? Beginning in the 1970s, and particularly from the 1980s and 1990s onward, stories of intolerance and injustice to the Indigenous Peoples reached the general public. The shift toward greater awareness continued in the new century. The publication of the final report in 2015 of the Truth and Reconciliation Commission of Canada helped interest in Indigenous realities to gather even further momentum.

In writing Seen but Not Seen, my goal was not to condemn, not to praise, but to try and understand. History is continually being reinterpreted, conditioned by the assumptions of the time and the place where it is written. New interpretations are advanced, and new facts uncovered. In the book, I follow new developments and today’s sensitivities, but I also try to understand people in their historical context, through the reconstruction of the atmosphere and mentality of their age to help reveal their outlooks and situations. I try to avoid, as much as I can, what historians call “presentism,” the judgment of the past through the lens of the present.

To keep the text to a manageable size, I discuss among the Indigenous Peoples only the First Nations. Both the Métis and Inuit merit their own studies. Approaching the issue biographically, I review the perspectives of fifteen influential Canadians. All the individuals included commented extensively on Indigenous subjects, and have left behind a rich documentary record. My goal as a Canadian historian is to transport the reader to another time.

Seen but Not Seen includes a prologue, nine chapters, and an epilogue on the last half-century. The first five chapters on the mid-nineteenth to mid-twentieth centuries focus on six individuals: Canada’s first prime minister, a university president, a Christian missionary, a jurist, an Ottawa mandarin, and a female university professor. Although the five men each demonstrated some variety in their responses to the First Nations, all argued that European cultures must replace Indigenous ones. The ultimate objective was full citizenship and absorption as individuals into the dominant society. The one female differed from the five men in her greater openness to Indigenous viewpoints. The manuscript includes full documentation, a select bibliography, an in-depth index, images, and maps.

The last four chapters review the mid-twentieth century to the late 1960s. The choice of biographical subjects extends across Canada. I discuss nine male and female non-Indigenous observers: a university professor, a French-Canadian Roman Catholic priest, a botanist, an ethnographer, an artist, an Indigenous Rights advocate, a journalist, a high school teacher, and an archivist/historian. A sketch of a young First Nations political leader completes the biographical portraits. An epilogue, really a timeline, reviews the last fifty years, a time when non-Indigenous Canadians’ desire for reconciliation with the Indigenous peoples has become an urgent policy objective.

Throughout this manuscript, written for a scholarly press, I have heeded the advice the late Reverend Enos Montour (1899–1984), a retired United Church minister and a member of the Delaware community on the Six Nations Territory in Ontario, gave me forty-seven years ago. He kindly read and commented in 1974 on a draft of my Ph.D. thesis on the nineteenth-century Mississauga First Nations on the north shore of Lake Ontario. Generously, he said he liked what I had written but then calmly advised me that for readability I should “put more raisins in the dough.” My hope is that Seen but Not Seen proves to be accessible to the general reader as well as probing and enlightening for the specialist.

Click here to find out more about Seen but Not Seen: Influential Canadians and the First Nations from the 1840s to Today.

From Exclusivity to Inclusivity: Making Archaeology an Equitable Profession
How Activists Put a Human Face on Climate Change