Home > Blog > For Sale: Everything or Nothing? 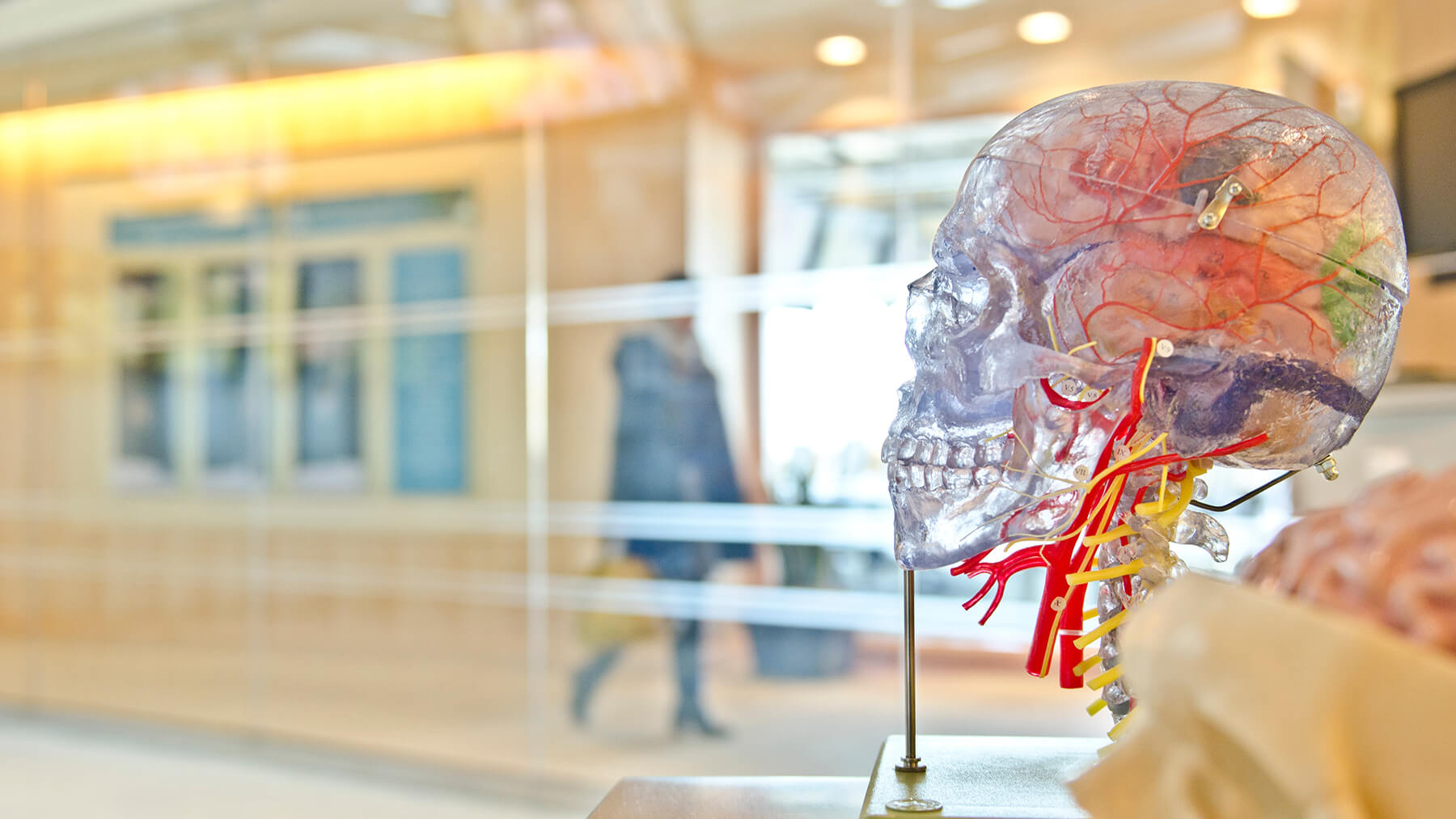 Published late last year, Organs for Sale: Bioethics, Neoliberalism, and Public Moral Deliberation studies the bioethical question of how to increase human organ supply, a subject that has become a lively and public moral deliberation in recent years. In this post, author Ryan Gillespie discusses some of these debates and asks what kind of society we truly want. 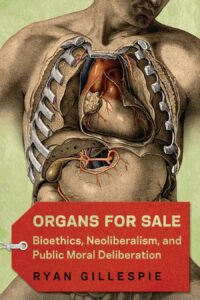 These are some challenging and fecund times for thinking hard about value and worth. Questions about the fundamental worth of human lives, equity and access to life-and-death resources, the moral values underpinning certain economic arrangements, the nature and purpose of political engagement, and the value of fiat money itself have all found their way into mainstream conversation in the past few months. You might object to my use of “mainstream” there, but what else are we talking about with our friends and family on Zoom and from six feet away when we give our opinions on wearing masks, shutting down or reopening schools/restaurants/businesses, drug and vaccine administration and distributions, the so-called K-shaped market recovery, claims of stolen elections and insurrections, and the wisdom and efficacy of unprecedented multi-trillion-dollar stimulus packages? The point I’m after here is this: whether we are arguing about how best to fight for human lives in a global pandemic, Black lives mattering and structural racism, stakeholder capitalism, “sky-high valuations” in the S&P, or bitcoin, at some level we are asking, fundamentally: what has value and why, and who gets to decide?

On the one hand, what I’ve just said is kind of obvious; surely everyone already knows that we say and do things because we think they matter and that there is value in saying this or that thing and doing this or that thing. But on the other hand, the thinking through of those underlying values is often less obvious and harder to articulate: what makes them valuable, and are we sure that we have the right values, are we sure that we have valued correctly – and what of the assumption that there is (or the assumption that there isn’t!) a correct way to value?

This isn’t just the kind of thing that worries moral philosophers. Let’s take some lower stakes situations and see where we end up. Let’s say we are wondering how to value a pre-revenue technology business with no assets, or how to value one of your mother’s family heirlooms. We might start by trying not to equivocate on monetary and other kinds of value. So we might say, “Sure, regardless of revenue, there is great value in providing labor and a mission-based organizational community,” or “Of course the vase is priceless to our family,” but then we might add, “But that’s not what I mean; I mean to know how much the thing is worth in dollars!” And we can offer our private takes on those things, what they are worth to us, and that may or may not be anywhere close to the conclusion of someone else’s take on what they are worth. So how do we settle it? Well, we might call in some experts. So, you could call in, say, Jason Calacanis about the startup, or Antiques Roadshow about your heirloom, or a few of those sort of folks, and get some valuations.

But is that all there is to the valuing process, just private judgment or expert judgment? And have we really disentangled the “economic” from other kinds of value judgments? Perhaps the heirloom has economic value because of its prominence in a certain cultural and artistic lineage, or the startup has greater economic potential because of the social problem it aims to solve (this has always been a major part of, e.g., Tesla’s valuation, it seems?) – suggesting that perhaps the economic and the moral and other kinds of value aren’t so easy to disentangle from each other?

This has been a long funnel of getting to the fundamental questions I explore in my recent UTP book, Organs for Sale: Bioethics, Neoliberalism, and Public Moral Deliberation. When we communicate and argue about what has value and why, how do we articulate the distinctions between the economic-value stuff and the non-economic value stuff? One of the most interesting rhetorical strategies of the recent era has been to reject the very distinction itself: either because all value can eventually collapse into or be expressed as economic value, or because all value, including economic value, can be collapsed into or expressed as a kind of moral value. To put it bluntly, there are often three kinds of arguers in these sorts of debates: those who think everything can and should be for sale (based on notions of autonomy, legitimacy, authority, jurisdiction, and so forth) and those who think that not everything can and should be for sale (based on certain conceptualizations of moral ordering). The not-everything-is-for-sale crowd has two key constituents: those that think nothing should be for sale, and those that think that just some things shouldn’t be for sale.

There is a hard part and tricky part for the not-everything-is-for-sale crowd. The hard part is philosophical: articulating and justifying just which things are market inalienable or noxious markets and which ones aren’t. This is no real problem for a philosopher, even though it is hard work; indeed, this is what philosophers do, thinking carefully and clearly about questions, assumptions, borderline cases, and the like. The tricky part is in the practical, socio-political-economic-moral arrangement of constitutional societies with rights-based imperatives and the like: what happens when we disagree with each other about which things ought to be for sale and why? To some degree, this puts serious practical, political stress on the situation: those aren’t the right things to be in the not-for-sale category, these are; or, if X is for sale, surely that’s not fundamentally different than Y, and so there are no reasonable grounds for disallowing Y, and on down the line. It seems, practically speaking in constitutional societies with rights-based protections and promotions, that the some-things-shouldn’t-be-for-sale position collapses into either everything should be for sale (on grounds of autonomy and reciprocity, both morally and legally) or nothing should be (on grounds of rational and/or moral consistency).

So, the logic pushes toward tidy and clean conclusions in both situations: either everything should be for sale, or nothing should be for sale. Assuming that labor is not necessarily or inherently exploitative, humiliating, and violent (or even merely assuming property rights and personal liberty as fundamental Western axiological premises), the nothing-for-sale side of the equation ends up in an ad absurdum, and the case for the some-but-not-all-things-for-sale crowd, the case for morals and markets, for absolute judgment and autonomy, seems sunk: we’ve just got permissions and autonomy and private judgment, or we have expert, technical judgment, and that’s that.

But there’s more to this story, I think. There are three key elements missing from the mix. The first is the degree to which we think that there are no right answers to moral questions. If there are, indeed, no right answers to moral questions, then everything-for-sale ends up as the necessary default position for constitutional societies, because any instantiation or vision of value will or theoretically could somehow fall afoul of someone else’s (and reciprocity and consistency demand that we don’t encroach upon, coerce, or deny such freedoms and responsibilities). But that there are no right answers to moral questions, and whether or not we can convince each other of them, is a major claim to be evaluated in its own right, not something to be ignored let alone assumed. The second missing element is the political-legal: even if there are right answers to moral questions, what is the appropriate stance to take toward each other, interpersonally and structurally, in persuading and enforcing those answers – especially knowing that humans can and historically have been very ugly and brutal in these matters? One way of thinking of Western societies writ large is as grand experiments in trying to take this question seriously – questions of the authority and legitimacy of moral enforcement and monopolies on violence. The third element missing is the degree to which public deliberation on these sorts of themes both matters and is itself not reducible to, nor captured within, market-mechanisms. The exploration, then, is for a way of thinking about, practicing, and arguing about values and worth that are not reducible to privatization or extending upward into totalization, that do not merely defer to technocrats or experts, and that are not reducible to or synonymous with economic value.

My primary aim in Organs for Sale is not to build a theory myself (though there is a little of that) of public moral deliberation on matters of what has worth and why and who gets to say, but rather to document and evaluate the way in which arguers rhetorically construct worlds of value through language and logic, how they rhetorically construct boundaries between market-stuff and nonmarket-stuff – or to reject such a boundary exists or can productively be drawn altogether. The general area in which I offer to think through these themes is in bioethics, and specifically in an extended case study of human organs, looking explicitly at whether or not we should be able to buy and sell them. Much of what I defend in the book, philosophically, is that there is such a thing as right answers to moral questions, and that the public valuing process is itself a good, that we need each other to help see what actually is good (I’m not exactly equating it to price discovery, but…), and that, ultimately, the outcome of such public moral deliberations are not themselves synonymous with the good (and that a better theory of moral disagreement is needed). And basically what I find in the rhetorical inquiry side of the study is that arguers in the organ debate are often talking past each other: those who favor organ sales are often aiming to define the basic limits of human interaction in life together and those who disfavor them often aim at a broader vision of human flourishing in society together.

Click here to find out more about Organs for Sale: Bioethics, Neoliberalism, and Public Moral Deliberation.

Ryan Gillespie is a Lecturer at University of California, Los Angeles and author of Organs for Sale: Bioethics, Neoliberalism, and Public Moral Deliberation.

Global Recycling Day: An Excerpt from "Solved" by David Miller
Why We All Need to Be Thinking about Technoscience and Society