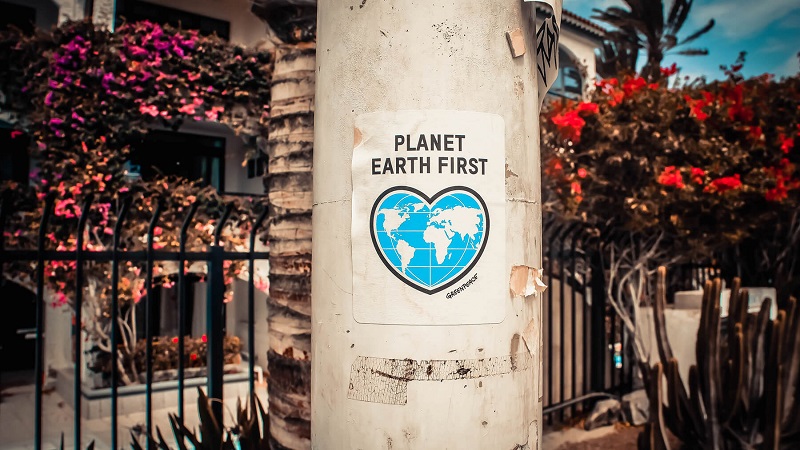 Earth Day, celebrated every year on April 22, is designed to drive positive action against the climate crisis around the world. The theme this year is “Restore Earth,” supported by three pillars – “restoration, mitigation, and adaption.” Earth Day President, Kathleen Rogers, is adamant that Earth can be restored, despite the alarming problems it faces.

This year, Earth Day coincides with a two-day climate summit hosted by US president, Joe Biden. World leaders from forty countries will attend with the aim to raise ambition on tackling climate change. Already today, Biden has committed the US to halving its greenhouse gas emissions by 2030.

To celebrate Earth Day at University of Toronto Press, we have a special presentation TODAY at 3:00 pm EST for the book launch of Understanding Climate Change: Science, Policy, and Practice, Second Edition by Sarah L. Burch and Sara E. Harris. The authors will discuss the scientific and policy dimensions of the climate crisis with environmental policy expert Dale Beugin, and explain how their new book can equip readers with the tools needed to become constructive participants in the human response to climate change.

The book is due for release next month, so to give you a sneak peek, we’ve shared an excerpt from chapter one of the book that outlines the book and that looks at the scale of the challenge in tackling climate change.

Excerpt from Chapter 1: Climate Change in the Public Sphere

From around the globe come the reports: rising sea levels and eroding coral islands in the Maldives, increasing hurricane activity affecting the US eastern seaboard and Gulf Coast, drought in central Africa, declining amphibian populations in the Amazon, thawing permafrost in the Arctic, forest fires in western Canada. In 2020, these reports collided with an unprecedented global health challenge: the novel coronavirus COVID-19 pandemic and related economic fallout. Accompanying these alarming reports, however, are stories of innovation, including promising developments in the creation of jet fuel from algae, zero-waste and carbon-neutral experimental communities in the United Arab Emirates, grassroots community initiatives such as the Transition Town movement and School Strikes for the Climate, and growing calls to recover from the COVID-19 pandemic in a just and sustainable way. The common link that connects these environmental and social phenomena is the growing evidence that humans are having a dramatic impact on Earth’s climate, and creating communities that put our health and well-being at risk. Making sense of it all is a challenging task. How serious are the near-term effects of climate change? What will the world look like in 2100? Who should pay to solve the problem? Why do interminable international negotiations rarely seem to pay off with results?

The dominant rhetoric of the climate change conversation has emerged out of the modern environmental movement, which has been growing and reinventing itself since the early 1960s.1 As evidence has mounted of accelerating deforestation, the widespread effects of toxic pesticides and industrial emissions on human health and ecosystems, a growing list of endangered species, and exploding human populations, the conversation at the core of the environmental movement largely (and understandably) has become focused on the damaging effect of human activity.

The theme of limits – of modern development as a scourge or virus that has run rampant over the planet – has pervaded global consciousness and is fundamentally shaping our response to environmental challenges. Furthermore, we have become fixated on defining, calculating, and predicting the exact extent to which humans have exceeded these limits. There is no denying, as we shall see in this book, that the challenges are indeed monumental, but these inherently negative messages are having two major consequences. First, a common response to a message of unavoidable and impending apocalypse is often one of apathy, disempowerment, and shame. How did we let ourselves get to this point? Is human civilization simply an experiment in mass greed, recklessness, and violence? If so, and if our ultimate demise is virtually inevitable, what good is merely “tinkering around the edges” to try to fix it?

The second consequence, intimately related to the first, is that this apocalyptic framing suggests that human behavior needs to be constrained and managed so as to do slightly less harm. But what if we want more than just to recapture the “healthier” planet of 200 years ago, but instead to improve well-being, health, equity, community, and a host of other factors? The framing that currently dominates the climate change discourse, however, reduces the likelihood of a focus on a creative, positive, nuanced vision of the future – one that is rooted in a deep scientific understanding of Earth systems but that also captures (or at least begins a conversation about) core human values such as equity, compassion, innovation, and connection.

In this book, we offer a deeper understanding of the state of climate change science, and develop a profoundly human picture of the opportunity that now exists to create a healthier, more equitable, more resilient future. This is an entirely different task than recapturing some mythical past when humans lived in harmony with the Earth (and each other), or simply minimizing our destructive impact on the planet. In this first chapter, we introduce a few of the core concepts needed to delve into the science and policy of climate change. We explore the scientific community’s broad findings of humanity’s influence on the climate system, the policy tools available to respond to this challenge, and the core of the climate change debate in the scientific, political, and public communities.

The scale of the challenge: Accelerating action on climate change

The question of an effective response to the very real problem of human-induced climate change is a complicated one, touching on our scientific understanding of the problem, inertia built into technologies, and deeply rooted values. Closely interwoven human and natural systems make it challenging to determine how best to respond. Can we design cities that are low carbon, resilient in the face of climate change, and that foster healthy, vibrant communities? Can we devise strategies that unleash the potential of innovative social enterprises, channel the ingenuity of the private sector, and bring policies at all levels of government in line with one another? Can we resist the urge to separate one particular part of the problem and consider it in isolation? In attempting to create a desirable future, can we have a conversation that is simultaneously about social justice, ecological integrity, and well-being?

As daunting as this task may seem, we already possess many of the tools we need. Throughout this book, we will learn about real strategies that have been put into practice around the world that can help to shift communities onto more sustainable development paths. With core climate science concepts in hand, we will see how these response strategies relate directly to the causes and consequences of climate change, and evaluate both their feasibility and desirability. Climate change presents an opportunity to transform the way society functions. This book attempts to pull together the pieces of the puzzle and to equip you with the tools you will need to engage meaningfully in this debate and, ultimately, to accelerate our progress toward sustainability.

Roadmap of the book

In this book, we provide the scientific basics of climate change and possible response options – with respect to both mitigation and adaptation. We avoid an exclusive focus on the science of climate change, since this approach does not allow for a nuanced understanding of the social implications. Similarly, exclusively political or economic analyses of climate change frequently neglect the underlying science in terms of thresholds, feedbacks, and the potential for abrupt change. Our approach, rather, is to see the problem through the unique lens of “transformative change”: are current climate change response strategies putting us on the path toward a fundamental transformation of emissions trajectories and vulnerability? We aim to explore visions of the future that are positive and ambitious, and that respond to what we know about the way humans are influencing the climate.

We begin by exploring the key scientific concepts that are crucial to understanding climate change. In Chapter 2, we look at systems, including stocks, flows, and feedbacks. In Chapters 3, 4, and 5, we explore the influence of energy from the Sun, reflectivity, and the greenhouse effect on the planet’s weather and climate, looking not just at the causes of climate change, but also potential mitigation solutions.

In Chapter 6, we focus on a core driver of climate change: the global energy system. We also explore some of the most powerful currently available mitigation strategies, innovative actions that are being taken around the world, and leading-edge ideas on tackling the roots of climate change. In Chapters 7 and 8, using climate models and scenarios, we examine the challenges inherent in trying to predict the future, and offer a glimpse at what climate change might look like in the decades ahead.

Given what we now know about the science behind climate change and the strategies at our disposal for responding to it, in the final chapter we look forward to the frontier of innovative action on climate change. We finish with a glimpse into the future of climate change policy and a look at the most promising opportunities for both managing the effects of climate change and ensuring a rapid transition to a fundamentally low-carbon development path.

You can read the full excerpt from Chapter 1 of the book by clicking here.

Teaching Social Work: Reflections on Pedagogy and Practice
Cold War Misogyny: Fear of Momism on Both Sides of the Iron Curtain