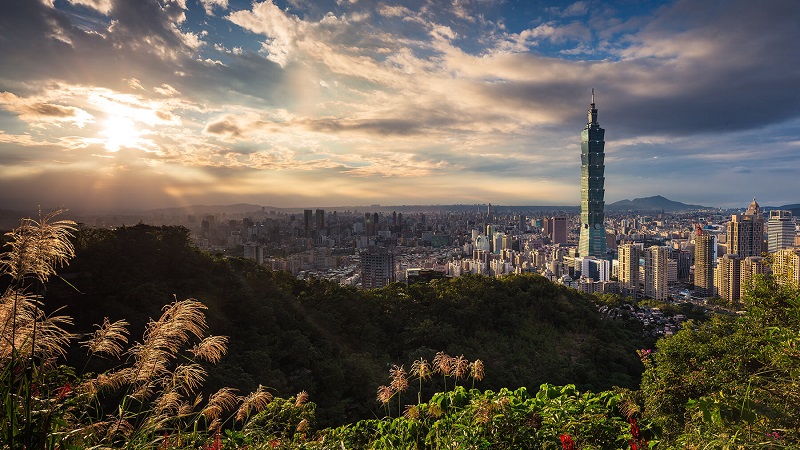 Just published, Global Taiwanese: Asian Skilled Labour Migrants in a Changing World explores the different ways in which Taiwanese expatriates in London and Toronto, along with professionals living in Taipei, use their shared Taiwanese identities to construct and maintain global and local networks. Despite both London and Toronto being classified as “global cities,” the migrant experience in each is very different, which the book explores in rich ethnographic detail. In this post, author Fiona Moore discusses her research that went into the book and why globalisation is far from over.

You can also join us on Friday, June 18 for our UTP Talks book launch of Global Taiwanese, where author Fiona Moore will be joined by contributors Rueylin Hsiao (National Cheng-Chi University), Dorothy A. Yen (Brunel University London), and “Mrs. Wang,” a key informant based in Toronto. The discussion will be moderated by Elena Giovannoni (Royal Holloway).

I’m an anthropologist. I’m also an immigrant, and the daughter and granddaughter of immigrants. I’ve been studying skilled labour migration since 1997. What fascinates me most is the way in which people construct their identities, as individuals and in groups, and when their lives take them across borders and around the world.

One thing I’ve noticed over the years, though, is that while lots of researchers agree that globalization is unevenly distributed, and complex, most still treat globalization as if it were the same thing everywhere. In particular, “global cities” often come across in the literature as if they were all basically the same: cities that are engaged with global social and political movements to a greater degree than other cities in the same country.

During my 2009-2014 study of Taiwanese skilled labour migrants in London (UK) and Toronto, two things became clear. The first was that although both my field sites were undoubtedly “global” cities, the ways in which they were global were very different. London is a former hub of an empire, with its global links coming through its financial industry, its higher education institutions, and its arts communities. Toronto is a postcolonial city, whose global links come through the international demand for Canada’s natural resources, its history as a welcoming environment for refugees and labour migrants, and its connections with the global film, television, and gaming industries. Taipei, finally, where I did research on the point of origin of my informants, was also globalised, but in its case through the Taiwanese diaspora and its international cultural links.

The second point, however, had to do with the timing of my research. The fieldwork portion of my study began not long after the 2008 recession, and ended not long before the 2016 US elections. During that time, the combination of the financial retrenchment of global companies, and the rise of nationalist and isolationist movements around the world, led many to claim that globalisation was ending, or at the very least going into severe eclipse.

And yet, everything I was seeing as I gathered data, suggested that wasn’t the whole story. Although the things that people conventionally associate with globalisation – friction-free movement across borders for people and goods, interaction in real-time around the world – were affected, people were still finding ways to be global. Fewer people could afford, or manage, physical travel: but digital interaction was becoming easier and easier. Supply chains turned out to be so embedded that they couldn’t be uprooted without severe trauma, so tariff hikes were just factored into the costs of doing business. The digital service economy has meant that more things that used to be physical, such as books, recordings, and games, are now becoming virtual, and thus, in practice if not always in law, available anywhere in the world.

My aim in doing the study of Taiwanese skilled labour migrants was in part intended to examine how they operate in different environments. This is the logic behind looking at London and Toronto: the UK is famously a “hostile” environment for migration, and Canada, even with recent restrictions coming into effect, much more welcoming. However, it was also intended to consider how some of the main theories about global social organisation written in the 1990s, when we were just beginning to study it, have stood up in the twenty-first century, following more than two decades of global integration and all that has happened during this time. As I got further into the research, I noticed that the time of migration played a role, and it was a complicated one: that the people who migrated during the supposedly nationalist period before 1989 could not be said to be less “globalised” than Gen X and millennial migrants who followed them, but their way of experiencing this was definitely not the same.

As a result, I began to think of globalisation as differentiated. I mean two things by this. The first is that there are different ways of being global, and to prioritise one over others is to ignore the experiences of the people whose migration activities define globalisation. Toronto and London were both very much global cities, but for quite different reasons. One key way of explaining the difference, for me, came through ads for legal services that you could see on the public transport of both cities. In London, they are generally advertising services that will help people living in London to migrate to the USA, but in Toronto they are advertising services that will help new migrants bring their families to Canada. Globalisation is, therefore, differentiated by the experiences and histories of people and communities.

The second sense in which I mean that globalisation is differentiated is that it isn’t an “either/or” state. Even during the Cold War, when national borders mattered considerably more than they would afterwards, people found ways of being global and maintaining transnational networks. Similarly, at the turn of the millennium when borders arguably mattered the least, many people lived their lives without direct engagement with globalisation at all. The idea of a differentiated globalisation also supports concepts like Canadian researchers Alan Rugman and Alain Verbeke’s “regional multinationals”. Their research showed that supposedly global companies generally operate entirely, or mostly, within specific regions, and so the question of whether or not a company is truly “global” when it operates in many countries, has to be asked.

The current pandemic is supporting both aspects of the differentiated globalisation hypothesis. In the first sense, we can clearly see that all global cities are hard-hit by COVID-19. But we can also see that this impact takes many different forms, and the strategies used to combat the outbreak are also very different from country to country. In the second sense, we can see that in some ways, people are far less global than they’ve been in a long time. Travel is reduced, supply chains are interrupted. This year marks the longest period since 1997 that I’ve spent without getting on an airplane.

And yet, in other ways, people’s lives are more globalised than ever. Video chat in real-time is being normalised in a way that might otherwise have taken decades. Thanks to streaming, I’ve attended many more international events than I would have in a normal year. I’ve seen friends discovering the media of other countries, and taken part in a New Year’s party that involved a celebration every hour on the hour for the twenty-four hours it took for the whole world to ring in 2021.

If there’s one thing I hope for my book Global Taiwanese: Asian Skilled Labour Migrants in a Changing World, it’s that people will read the stories of different labour migrants’ lives, and discover for themselves the sheer diversity of ways in which people can be active participants in global networks. And that they’ll think twice if someone tells them that globalisation is coming to an end!

Fiona Moore is a professor in the School of Business and Management at Royal Holloway University of London.