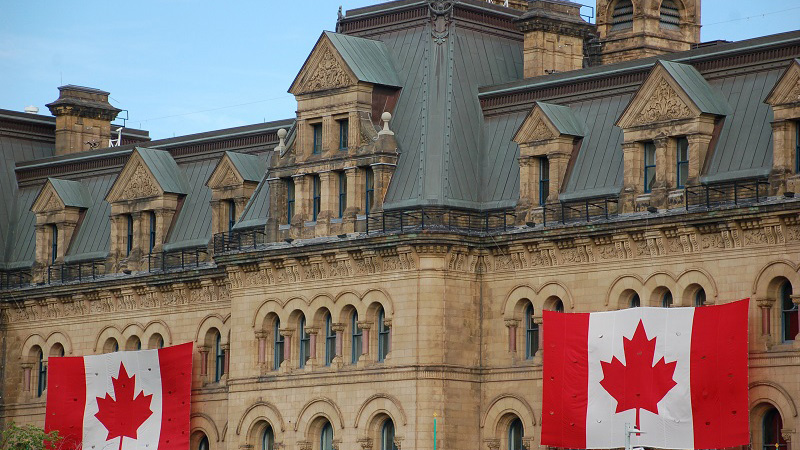 New to Canadian politics, Provincial Policy Laboratories examines a range of policy areas in Canada and assesses the extent to which governments share information when tackling challenging policy problems. We asked editors Brendan Boyd and Andrea Olive to tell us more about the book and why it should be a must-read for scholars, students, and policymakers interested in Canadian public policy.

By Brendan Boyd and Andrea Olive

How did your home province or territory do handling COVID-19? What about the vaccine rollout or reopening plans? Chances are, when you judge your own jurisdiction’s performance you will compare it to that of other jurisdictions. It is virtually a national pastime in Canada to gaze enviously or disapprovingly at how our neighbours within federation respond to similar issues or problems. But are governments influenced by, and can they learn from, the policy successes and failures of others? In more theoretical or conceptual terms, how do policy responses in different provinces and territories influence each other and what impact do they have on national policymaking in Canada? We explore this question in Provincial Policy Laboratories: Policy Diffusion and Transfer in Canada’s Federal System.

The volume includes case studies of policy diffusion in six exciting and critical policy issues: parentage policy, procedures for determining the legal parents of children born through assisted reproduction, regulations for hydraulic fracturing in energy development, endangered species legislation, taxation of sales and greenhouse gas emissions from aviation, and cannabis legalization. Policy diffusion, the spread of a policy across jurisdictions, has largely been viewed by scholars as an American state and international phenomenon. However, diffusion also occurs within Canada’s federal system and influences how provincial and national policymaking takes place. One of the country’s most celebrated policies, the public health system that Canadians cherish, was initially developed in Saskatchewan before spreading, with support from the federal government, to the rest of the country.

In Canada’s federal system, similar policies across jurisdictions can result from coercion, where the federal government forces provinces and territories to adopt policies, or competition, where these jurisdictions’ desire to attract and retain economic activity leads to comparable policies through a race to the bottom. These mechanisms were certainly present in the case studies of endangered species legislation and GHG emissions in the aviation sector. More surprising was that voluntary learning and emulation by provinces and territories also led to similar policies being adopted in some jurisdictions in the areas of hydraulic fracturing and sales taxes. On parentage policy the diffusion of societal norms, supported by judicial decisions, lead to similar policies in all but one province. Overall, the volume finds strong evidence that a variety of diffusion mechanisms are operating in Canada’s federal system with real implications for policy outcomes in jurisdictions across the country. This suggests more work needs to be done in other policy fields to identify and elucidate the effects of policy diffusion.

In addition to examining several understudied and emerging policy areas, Provincial Policy Laboratories charts a new direction for the study of federal policymaking in Canada. Traditionally, scholars have focused on the trade-offs between the coordination and coherence of a centralized approach, imposed or incentivized by the federal government, and the flexibility and local responsiveness of a decentralized but patchwork response, led by the provinces. However, the presence of policy diffusion complicates this notion of trade-offs because some level of similarity, if not uniformity, can emerge even when provinces pursue their own responses. We already know the policy responses initiated at the provincial level can be scaled up to the national level. A recent example is the federal carbon pricing system, which borrowed from models first used in BC and Alberta. Provinces also may be able to coordinate policy on their own, with minimal or no involvement from the federal government. This likely requires building strong relationships and robust intergovernmental processes and capacity that facilitate communication and trust. But the first step is understanding why, how, and with what effect policies diffuse and provinces learn from each other. There is no better place to start than this volume.