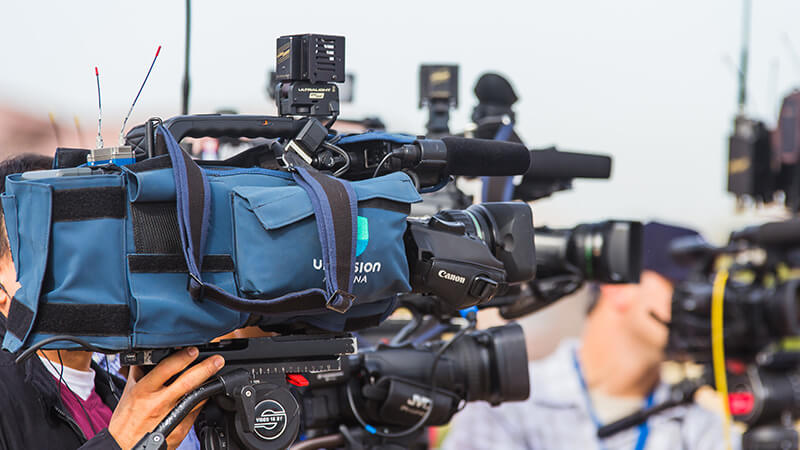 The words of business leaders and politicians have never come under more scrutiny than during COVID-19, a global pandemic that has forced companies of all sizes to adapt, and the general public to seek reassurances from their governments. In this post, the authors of Decoding CEO-Speak, forthcoming in September, examine the words of CEOs and world leaders during the pandemic, which were often misleading and dangerous.

By Russell Craig and Joel Amernic

The tone of much that has been written and spoken by CEOs and politicians during the COVID-19 pandemic (their pandemic-speak) has been emotional and self-serving. Often it has painted a rosy picture, contrary to the views of epidemiologists and public health statistics.

When confronted with the reality that news is bad, CEOs and politicians should be honest and transparent and not raise expectations falsely. They should acknowledge bad news about the COVID-19 pandemic plainly and calmly, along with some aspects of a strategy to survive it.

Former US President Trump made confident statements that promoted untested drugs and injections of disinfectant. He was ridiculed for offering false hope and displaying hubris. Trump’s excessively optimistic pronouncements were intended to shine the spotlight on him.

Instead of exhibiting any doubt by preparing for a worst-case scenario, Trump chose to act as Optimist-in-Chief, ostensibly to calm an anxious public. His language prioritized the well-being of the economy and financial markets.

Other political leaders recklessly set an unrealistic tone of positivity for followers. On March 3, 2020 (three weeks before his COVID-19 diagnosis), UK Prime Minister Boris Johnson seemed blithely and arrogantly unaware of the potential for his actions to lead to infection:

“I was at a hospital the other night where I think there were actually a few coronavirus patients and I shook hands with everybody, you’ll be pleased to know, and I continue to shake hands.”

CEOs have made their share of inappropriate declarations too. Gina Rinehart, executive chair of Australia’s Hancock Prospecting, in a letter to staff in May 2020, suggested a remedy involving “intravenous injections of vitamin C and regular consumption of ginger, turmeric, and lemon water.” Tesla CEO Elon Musk, in mid-March, 2020, predicted that there would be “close to zero new cases in the U.S. by the end of April.”

There have been some laudable examples of pandemic-speak. The late Arne Sorensen, CEO of Marriott, was praised widely for the honesty, clarity, and transparency of a 6-minute video address he presented. He was visibly upset when announcing staff layoffs and stating that the pandemic’s economic effects would be greater than 9/11 and the 2007–9 global financial crisis combined. Sorensen backed his calls for strong financial control measures by announcing that he would take a 50 percent salary cut.

A clear feature of the language of the pandemic has been that many terms, expressions, and metaphors (such as pivot, flattening the curve, lockdown, and the new normal) have entered the lexicon. Some neologisms have appeared too (e.g., quarantine, doomscrolling, covidiot).

The level of mixed messaging has been remarkable. Many CEOs have urged followers to “stick together.” This is an odd call given that the catch-cry mantra of the global pandemic is to engage in “social distancing.”

Hyperbole has been rife. This is evident in the overuse of the adjective “unprecedented.” Use of this term usually reflects little understanding of the Spanish Flu pandemic of 1918–19. According to the US Centers for Disease Control and Prevention, one-third of the world’s population became infected with the Spanish Flu. An estimated 50 million people worldwide died, with about 675,000 of those deaths occurring in the United States. Also ignored is the Bubonic Plague of the mid 1300s that killed about 20 million people in Europe or almost one-third of the continent’s population.

The advice of the New York Times stylebook should be followed: “Use the term [unprecedented] rarely, and only after verifying the history. Then carefully specify the aspect that qualifies.”

BlackRock Chairman Larry Fink, in his 2020 letter to shareholders, asserted there was “an unprecedented medical, economic and human challenge.” The economic challenges posed by the Great Depression (1929-1933) did not seem to figure in Fink’s assessment.

Other extreme adjectives, such as “extraordinary” have been overused and misused too. Is this just carelessness or part of a broader rhetorical agenda of CEOs? Do they want to condition readers so that they are more accepting of their impending announcement of poor operating and financial results? Or are they trying to deflect attention from their unpreparedness to assess risk and anticipate the effects of a “Black Swan” event, such as the COVID-19 pandemic?

JPMorgan Chase CEO Jamie Dimon has diminished the power of the words “extraordinary” and “unprecedented.” and has invested them with new meanings. Among the matters Dimon described as extraordinary in his letter to shareholders in April, 2020 are “things”, “efforts”, “times”, “crisis” (used 9 times), “extension of new credit”, and “team.” He uses “unprecedented” to describe the “environment,” “challenges,” “times,” and “situation.”

Warren Buffett, CEO of Berkshire Hathaway, has been an exception to the broader body of CEOs (and their companies) who apparently were unprepared to cope with a catastrophic event. In his letter to shareholders in February, 2020 (before the full implications of the pandemic were apparent), Buffett was deserving of his sobriquet “Oracle of Omaha” in observing that:

“A major catastrophe that will dwarf hurricanes Katrina and Michael will occur – perhaps tomorrow, perhaps many decades from now. “The Big One” may come from a traditional source … or it may be a total surprise involving say, a cyber attack having disastrous consequences beyond anything insurers now contemplate.”

Much of the pandemic-speak associated with COVID-19 has deflected attention from the fact that companies and their CEOs were poorly prepared to cope with a damaging pandemic or other catastrophic events.

In his letter to shareholders of JPMorgan Chase mentioned above, CEO Dimon blamed COVID-19 for causing “hardships,” “fears,” “turmoil,” and “further inequities in society”. He did not attribute responsibility to human executives and their lack of preparedness for a pandemic, but with the inanimate “virus.” He seemed to use COVID-19 as a whipping post to absolve his leadership from any possible blame.

Dimon was not alone in doing this. Many CEOs blamed COVID-19 for the misfortunes of their companies. However, they failed to mention their companies’ vulnerable business models and pre-existing financial ills. Few CEOs confessed that their companies’ pre-pandemic management of capital, cash flows, risk, and long-term planning left much to be desired.

Dimon’s recipe for rallying his stakeholders in the midst of a pandemic seems to have been to confer blame on the disease, cite the need for progressive solutions, and add a heavy dose of American patriotism.

In a crisis, CEOs should be calm and selfless. They avoid intemperate language. Such advice seems to have been lost on Tesla CEO Elon Musk. In March and April 2020, Musk used extreme and offensive language to express strong disdain for government stay-at-home orders.

Musk claimed that state health orders were “fascist” and tantamount to “forcible imprisonment.” He called for people to be given back “their Goddamn freedom” and completed his tirade offensively by saying “What the f***.” Such language is highly insensitive in the stressful environment of a pandemic when many people are especially worried about their lives and those of their loved ones.

The best overall communications policy for CEOs in a pandemic is to acknowledge bad news plainly, humbly, and calmly – and to present a narrative that includes some aspects of a realistic strategy to survive such a crisis.