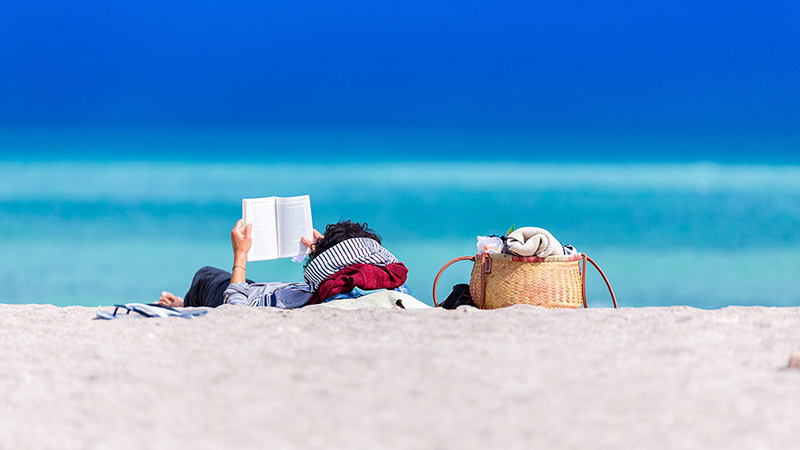 As we reach the height of summer, and with COVID restrictions easing, we wanted to share some new releases that you should be adding to your summer reading list. So whether you’re relaxing at the cottage, lounging by the pool, or simply knocking off work a few hours early, we have a little something for everyone.

“This book should command attention from universities, governments, students, and all who care about the future of our universities and those they serve.”

Canada’s public higher education system is in trouble. The economic and social benefits of the Canadian university system are widely seen as a public good, which raises a pressing question: Why should we aspire to anything less than a great system? For that to happen, everything about the way universities currently operate, from the boardroom to the classroom, must change – but this kind of operational and public policy transformation will not be easy.

Nothing Less than Great provides an expert analysis of the current state and challenges of Canada’s university system, looking for positive change by reclaiming what a university is meant to offer for society and for citizens. Harvey P. Weingarten begins with the fundamental question that all students must ask about higher education: Is it worth going to university? From there, he stresses the need for transparency about what universities do and what they accomplish, addresses the importance of modernizing curriculum to emphasize skills over content, and provides recommendations for reform.

Exploring how universities might – and should – change to reclaim their central purpose for Canadians, Nothing Less than Great will be of interest to anyone who cares about the future of our country and the important role universities play in determining that future.

“A must-read for scholars of early modern literature, colonialism, and the trans-Atlantic world; but also for anyone who loves chocolate – which is to say, everyone.”

In terms of its popularity, as well as its production, chocolate was among the first foods to travel from the New World to Spain. Chocolate: How a New World Commodity Conquered Spanish Literature considers chocolate as an object of collective memory used to bridge the transatlantic gap through Spanish literary works of the early modern period, tracing the mention of chocolate from indigenous legends and early chronicles of the conquistadors to the theatre and literature of Spain.

The book considers a variety of perspectives and material cultures, such as the pre-Colombian conception of chocolate, the commercial enterprise surrounding chocolate, and the darker side of chocolate’s connections to witchcraft and sex. Encapsulating both historical and literary interests, Chocolate will appeal to anyone interested in the global history of chocolate.

“A landmark book that should be read by anyone interested in Toronto city politics.”

Electing a Mega-Mayor represents the first-ever comprehensive, survey-based examination of a Canadian mayoral race and provides a unique, detailed account of the 2014 mayoral election in Toronto. After making the case that local elections deserve more attention from scholars of political behaviour, this book offers readers an understanding of Toronto politics at the time of the 2014 election and presents relevant background on the major candidates. It considers the importance that Torontonians attached to policy concerns and identifies the bases of support for the outgoing, scandal-ridden mayor, Rob Ford, and his brother Doug.

In the penultimate chapter, the authors examine how Torontonians viewed their elected officials, and the city’s performance, two years after the election. McGregor, Moore, and Stephenson conclude with a reflection on what the analysis of the Toronto 2014 election says about voters in large cities in general and provide a short epilogue addressing the 2018 election results. Written in an accessible style, this is the first book on the politics of Toronto during the Ford era that focuses on the perspective of the voter.

All Things in Common: A Canadian Family and Its Island Utopia

“A flowing narrative about personalities, lives, loves, successes, setbacks, and just plain carrying on, as ordinary people do, everywhere and in all times.”

In the first decade of the twentieth century, a few closely related families established a utopian community in Canada’s smallest province. Known officially as B. Compton Limited but described by a journalist in 1935 as “Prince Edward Island’s unique ‘brotherly love’ community,” this utopia owed its longevity to the cohesion provided by its communal organization, dense kin ties, and long-held millenarianism – and to a decidedly pragmatic approach to business.

All Things in Common demonstrates how “un-utopian” such a community could be while problematizing the contention that the inevitable end of all utopian experiments is a full-blown dystopia. Beginning with a compelling backstory and locating the Compton community in the historiography of North American utopias, the author goes on to explore the community’s business endeavours, its religious, familial, and transgressive aspects, and its brief period of international fame before assessing the factors that led to its dissolution in 1947. Providing a strong narrative framework, All Things in Common draws on rich family and archival records and diverse secondary sources, concluding with a consideration of the community’s legacy for its alumni and their descendants.

“A must-read for anyone interested in modern China and its science fiction culture!”

Exploring the socio-political and cultural dynamics of science-related Chinese literature during this period, Hua Li combines close readings of original Chinese literary texts with literary analysis informed by scholarship on science fiction as a genre, Chinese literary history, and media studies. Li argues that this science fiction of the post-Mao thaw began its rise as a type of government-backed literature, yet it often stirred up controversy and received pushback as a contentious and boundary-breaking genre. Topically structured and interdisciplinary in scope, Chinese Science Fiction during the Post-Mao Cultural Thaw will appeal to both scholars and fans of science fiction.

This post was created by UTP. If you're a UTP author and wish to write for the blog, you can reach Craig Blue, our Digital Marketing Coordinator, at cblue@utorontopress.com.