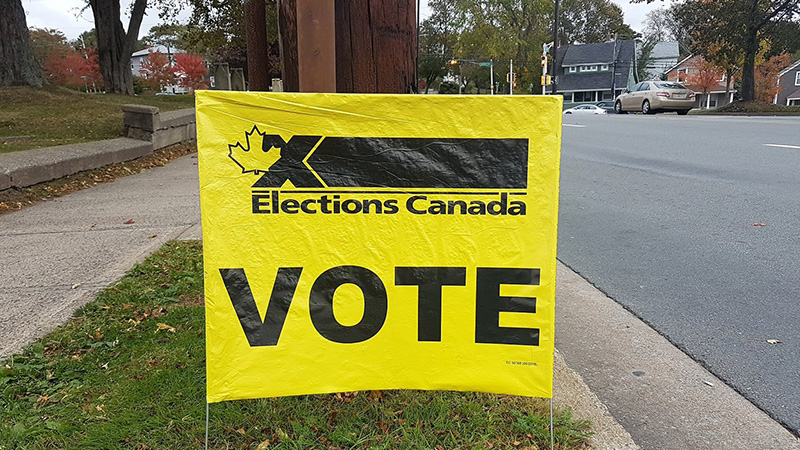 Canadians will head to the polls on September 20th, in what will be the shortest election campaign ever. The authors of Absent Mandate write on the blog about what we can expect from the upcoming campaign.

The federal election has now been called. A steady Liberal lead in most recent polls has given the governing party confidence in its timing, but there is a clear risk that the move could backfire. The opposition parties have maintained that the minority Parliament is working and that there is no need for an election now while the pandemic remains a threat. The campaign, at the minimum length allowable by law (36 days), will be one of the shortest on record. Research based on previous election studies tells us definitively that campaigns matter. Substantial changes in party standings can often occur during the campaign period, however long or short.

With five parties again poised to win seats, despite recent problems within the Green Party, another minority parliament remains a strong possibility. Of the last six federal elections, four have produced minority governments. Changes in voting turnout could increase this uncertainty, given the possible effects of COVID-19 on turnout patterns. At a minimum, the expected increase in mail ballots is likely to disrupt normal turnout patterns. So too will the coincidence of the election date (September 20) with the beginning of university classes, as increased participation among young voters in the last two elections, following a long period of decline, may be more difficult to sustain.

While the government’s handling of the pandemic has been the dominant issue in public opinion over the past year, recent polls indicate that this is already beginning to change. Issues such as climate change and the state of the economy are once again emerging as the probable focus of the forthcoming campaign. So too are health care and other social policy issues on which the NDP may be expected to focus a large part of its campaign. As in previous elections, the party leaders will try to showcase their strengths in dealing with these high-profile problems and to raise doubts about the capabilities of their opponents. Parties frame policy discussions around issues on which there is broad agreement and focus their campaigns on the party leaders, promising better performance rather than policy alternatives. The parties have learned that their electoral coalitions are fragile creations and require constant renewal. Given the importance of leaders in Canadian politics, a new Conservative leader fighting this election could have considerable effect, either positive or negative, on that party’s performance and on the regional distribution of the party vote. Almost certainly, regardless of the outcome, the 2021 election will see some changes in the distribution of the vote among all parties.

Does this context suggest that Canadian electoral politics is on a new or unfamiliar path? The analysis of Canadian electoral politics presented in Absent Mandate: Strategies and Choices in Canadian Elections (University of Toronto Press, 2019) would lead us to say no. Despite the massive disruptions brought about by the pandemic, and the potential volatility of the forthcoming campaign, there will also be continuities with past federal elections. These include a widespread feeling that political parties cannot be expected to offer real choices among policy alternatives. Voters have learned that elections are a convenient way to express their discontents, with few consequences for future policy directions. Election campaigns, building on digital technologies and social media, channel voters’ negative feelings, and attack ads are now a staple of electioneering strategies. A Liberal ad suggesting that Erin O’Toole is simply a clone of Stephen Harper has already appeared in the media. The strengths and weaknesses of the party leaders are thus put front and centre.

Our analysis in Absent Mandate shows that federal elections can be highly unpredictable. Nonetheless, we can anticipate some things. Many Canadians have flexible partisan attachments and move easily from one party to another. Coupled with widespread public discontent, this lack of durable ties to parties encourages voters to switch their vote or move into or out of the active electorate. In past federal elections, there has often been considerable movement in the polls during the final weeks of the campaign. This is a distinct possibility again. We also expect to see the parties concentrating on valence issues such as the government’s economic performance and the increasing concerns about climate change. These issue agendas however tend to be limited to rather vague performance goals such as “growing the economy” or “protecting the environment.” Such valence issues reflect widespread public consensus, and political debate thus focuses on “how to do the job” and, most importantly, “who is most capable” of doing it. Parties will claim that their leader has what’s needed to improve the lives of Canadians, while trying to portray opposition leaders as not up to the task. Given these entrenched characteristics of Canadian electoral politics, we can predict that the 2021 election is unlikely to deal in any meaningful way with concrete solutions to the important problems of our times. And that discontent with the next government will resume, whether the outcome is majority or minority.

Larry LeDuc is a professor emeritus in the Department of Political Science at the University of Toronto.

Writing a Biography on Baldomero Espartero
Summer in Cottage Country