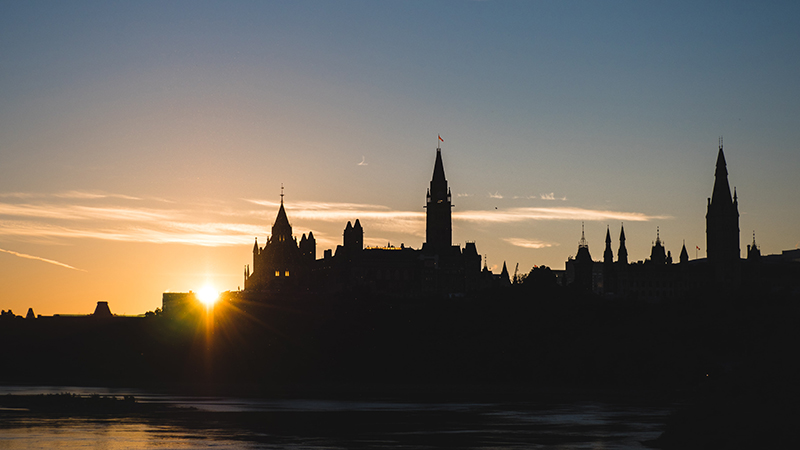 Delving into the pressing topic of gender and politics, Women, Power, and Political Representation is a timely volume providing fresh comparative perspectives on “what works” to promote women in politics today. In this post, two of the book’s editors, Elizabeth Goodyear-Grant and Erin Tolley, talk us through the book and discuss why it is such a pressing topic with the Canadian federal election just around the corner.

By Elizabeth Goodyear-Grant and Erin Tolley

As the 2021 Canadian federal election campaign builds, parties have worked to recruit more women candidates, put forward platforms with gendered policy implications, and deal with the fallout from allegations of sexual harassment. These topics and others are analyzed in our new edited collection, entitled Women, Power, and Political Representation: Canadian and Comparative Perspectives. Featuring accessible contributions from emerging and senior scholars, the volume traces when and how women can make gains in legislatures and leadership positions, as well as the challenges they continue to face when they participate and gain access to power.

One of the volume’s central themes is women’s leadership. Contributors repeatedly note that while aggregate representation is important, it is at the highest levels of political office where policy influence is most evident. This federal election is the seventh consecutive campaign in which all of the major parties – those most likely to win seats, form government, or sit in opposition – are helmed by men. The last time a woman led a major federal political party into an election was in 2000 when Alexa McDonough was at the head of the New Democratic Party. In the two decades since, the Green Party has had two women leaders, Elizabeth May and Annamie Paul, but the party has struggled to gain a foothold in the House of Commons. As Diana Z. O’Brien points out in her chapter on women as party leaders worldwide, women’s party leadership has not increased globally in the last 20 years, and green and environmentally focused parties are especially likely to select women leaders. Canada thus seems to mimic most other parliamentary democracies.

Similarly, we can draw on comparative examples to understand the experiences of Annamie Paul, who was elected Green leader in October 2020. She is the first Black Canadian selected as federal party leader in Canada’s history. Paul has had a challenging spring and summer. She has faced criticism from commentators and even from within her own party. Linda Trimble’s chapter on gendered mediation and Nadia Brown’s chapter on respectability politics provide compelling insight into the rough road Paul has faced. Very few high-profile Canadian politicians have been racialized, and even fewer have been party leaders (at the federal level, there had not been a racialized leader at the helm of any major party until Jagmeet Singh was selected to lead the New Democrats in 2017). Brown’s chapter on the politics of Black women’s hair and appearance makes a compelling case for the in-depth study of racialized women politicians, documenting the competing and intersecting pressures they face.

Women’s political leadership is also damaged by early exits from political life, and there have been examples of these departures in the lead-up to this election. Robyn Bourgeois’s chapter provides a case study of Jody Wilson-Raybould’s decision to leave elected office. She traces the colonial logics that shape Canadian state politics, noting Indigenous women who do opt in face “an inherently adversarial political terrain defined by the relationship of conquest…” Bourgeois notes that participation can be especially fraught for Indigenous women because “everything they do to politically strengthen the Canadian nation state risks further colonizing and destroying Indigenous peoples.” These insights are consistent with those expressed by Mumilaaq Qaqqaq when she announced this summer that she would not seek re-election as the Member of Parliament for Nunavut. In a gripping farewell speech in the remote House of Commons, Qaqqaq said “I have never felt safe or protected in my position, especially within the House of Commons, often having pep talks with myself in the elevator or taking a moment in the bathroom stall to maintain my composure. When I walk through these doors, not only am I reminded of the clear colonial house on fire I am willingly walking into, I am already in survival mode.”

Women’s experiences in the House of Commons are another thread running through the contributions in Women, Power, and Political Representation. Legislative work requires a safe and healthy environment. Tracey Raney and Cheryl Collier’s chapter comparing sexual harassment rules in Canada, the UK, and the US reveals just how dysfunctional legislative workplaces are for women. Raney and Collier argue that new rules ushered in post #MeToo do not have the teeth to solve persistent workplace sexual harassment faced by women in politics. Adding up all of these challenges, it is hardly surprising that formidable women frequently give politics a pass, but the consequences of their absence are serious. When experienced women leave or are nudged out of politics early, the supply of women available for more senior, powerful gatekeeping positions shrinks. These are positions that have agenda-setting or policy consent responsibilities, as Malliga Och’s chapter argues, but inhospitable working conditions contribute to women’s premature exits before they even have an opportunity to pursue these pathways to increased power.

Emphasizing new forces that threaten to stall or diminish the relatively modest gains women have made in electoral politics, Sylvia Bashevkin’s chapter succinctly summarizes the current moment. Drawing on Canadian and international data, Bashevkin argues that we see “declining numbers of female first ministers in Canada, increased threats directed at high-profile actors, evidence of limited patience with women leaders among elites in their own parties, and challenges posted by the rise of digital media.” Little of what we are seeing in the 2021 campaign counters these trends, which are documented in the volume’s 18 chapters. Despite a larger number of women candidates, women party leaders have been all but sidelined, and the campaign itself has been one of polarization and acrimony. Although Liberal leader Justin Trudeau has borne the brunt of most of this anger, women and racialized journalists, candidates, and the assigned security detail have been the victims of threats and misogyny. It is clear in this campaign, as elsewhere, that the addition of women won’t, on its own, transform politics.

Bella Coola and After
An Opportunity We Cannot Afford to Miss: Applying Hard-Won Lessons from Prior Crises to Post-Pandemic Economies