Home > Blog > Neoliberal Parliamentarism: The Decline of the Ontario Legislature, 1981–2021 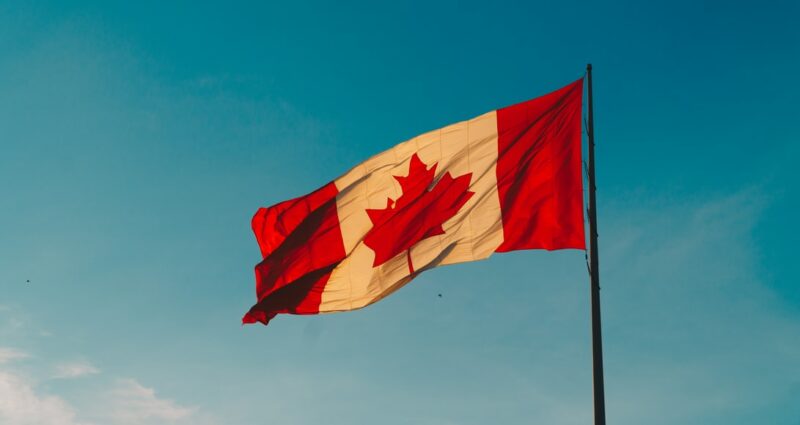 What does the “decline of parliament” truly mean? In this blog post UTP author Tom McDowell discusses how his new book Neoliberal Parliamentarism: The Decline of Parliament at the Ontario Legislature attempts to answer this question using an approach that highlights the politics of neoliberalism.

In recent years, discussions surrounding the “decline of parliament” have become reasonably common in mainstream discourse. Increasingly, parliament has been considered peripheral to the policy making process and viewed as a “dead letter.”

However, to this point, few scholarly studies have sought to interrogate, in serious detail, the evolution of parliamentary procedure in a sufficiently comprehensive manner to account for either why or how this tendency towards the concentration of power in the executive has occurred.

Many of the analyses of parliament that do exist are limited in their explanatory capacity by their exclusive emphasis on the institution of parliament itself, and their focus on limited time horizons. Instead, I claim that parliament must be examined as a social relation, embedded in an historically specific social and political context, over the course of a period of decades, to better understand how the structural transition from Keynesianism to neoliberalism impacted its internal composition.

There exists, for instance, a vast body of literature in the New Public Management tradition examining the influence of neoliberalism on the structure and formation of the public administration, yet curiously almost no work at all has been done to interrogate whether the historical shift to the neoliberal policy regime has similarly transformed the configuration of parliamentary institutions.

Neoliberal Parliamentarism: The Decline of Parliament at the Ontario Legislature attempts to address these questions by offering a comprehensive interrogation of parliamentary procedure at the Ontario Legislature from 1981 to 2021, or the essential “neoliberal period” in Ontario. Through an analysis of the various governments that have served in office since the early 1980s, Neoliberal Parliamentarism demonstrates that procedural reform was an indispensable variable in the implementation of neoliberalism in Ontario, allowing governments to overcome institutional opposition, and to secure the passage of large-scale state restructuring initiatives in a relatively short period of time. Restrictive parliamentary strategies have become increasingly common in the neoliberal era, as governments have been confronted with the practical problems of implementing policies that are often unpopular, and/or fiercely resisted by vast sections of society. Former New Zealand Finance Minister Roger Douglas (1990), the architect of his country’s neoliberal restructuring program in the late 1980s and early 1990s, similarly noted that it is “uncertainty, not speed, that engenders the success of structural reform programs. Speed is an essential ingredient in keeping uncertainty down to the lowest achievable level.”

These lessons were applied in Ontario to enable the passage of the central features of the Mike Harris government’s “Common Sense Revolution.” Progressive Conservative MPP Tony Clement described his government’s approach to parliament accordingly:

The way we’ve decided to run the government is revolutionary…it involves change first, then consolidation. We can’t put things off, because we’ll get too close an election and we’ll lose our nerve.

While the Harris government had laid out plans for a radical transformation of the state administration, both the slow and deliberate nature of parliamentary process, and the reality of an intransigent opposition eager to resist, made it necessary to conceive of an approach to parliament that could allow for an uncompromising actualization of their policy agenda.

To achieve this, the Harris government made several reforms to the procedural rules of the legislature, securing the passage of its initiatives at breakneck speed, and changing the institutional configuration of the legislature in the process.

I introduce the term “Neoliberal Parliamentarism” to describe the general approach to parliament characteristic of the neoliberal era. This term is used to describe the emergence of a systematic effort, consistent with the political requirements of the neoliberal era, to reform the rules of parliament as a means of insulating its structural reforms from democratic processes that could lead to delay or compromise.

Although this process occurred gradually, over a period of decades, there were certain critical ruptures, often surrounding fiscal or economic crises, that punctuated this shift. My book finds that nearly every major piece of neoliberal legislation – the Inflation Restraint Act, the Social Contract, the Savings and Restructuring Act, and the Putting Students’ First Act to take a few notable examples spanning several decades – was passed using one or several of the restrictive legislative techniques surveyed.

Similarly, nearly every one of the major precedents involving approaches to hasten initiatives through the legislature, such as the use of time allocation and omnibus legislation, was set while passing a contentious piece of neoliberal legislation. Procedural reforms, which were commonly justified on the grounds that they were a necessary response to “exceptional” and “rare” economic circumstances, became consolidated as customary practice. One of the most interesting findings in the book is that all three major parties, dating back to the early 1980s, contributed to the decline of the legislature while serving in the seat of government.

As fierce popular opposition to neoliberal reforms spilled over onto the floor of the legislature, governments had two essential choices: They could either accommodate the opposition parties, and work through the legislative process, likely being forced to make amendments to and delay their legislation; or they could use the procedures designed to allow governments to break parliamentary stasis to ensure the passage of their legislation in relatively short order. In almost every instance, governments selected the latter route, leaving long-terms scars on the legislative process by setting restrictive precedents for other governments to follow.

Neoliberal Parliamentarism claims there are two essential explanations for the decline of the Ontario Legislature during the period under consideration. First, the contentious politics of the neoliberal era have led to an increased reliance upon these kinds of restrictive policies as a method of ensuring the passage of major restructuring reforms without compromise and in reasonably short order. Second, the theoretical architecture of the neoliberal doctrine, articulated most clearly by Friedrich Hayek, whose epistemology was anchored in a fundamental distrust of the capacity for human reason, viewed the conferral of sovereignty to parliament as “the root of the evil” in the history of liberalism.

Parliamentary sovereignty, which allowed the legislature to go beyond the restraints of the universal rules of just conduct, which were unconsciously cultivated over the course of the centuries based upon best practice, could account for the state expansionism of the twentieth century, since the legislature was incentivized towards perpetual rent-seeking from special interest groups who parliamentarians relied upon for electoral support.

In this sense, the rise of the welfare state was fundamentally a constitutional and political problem that could only be resolved by depriving parliament of its sovereignty and returning to a constitutional system governed by a Montesquieuian separation of powers in which market forces functioned as the primary source of knowledge and the state served to cultivate ideal free market conditions.

This approach has led to governments increasingly claiming that the executive must serve as a “check” on the actions of the unrestrained legislature, allowing it to ensure that the state’s policies remained committed to the essential principles of economic rationalism and was enabled to accommodate large-scale neoliberal restructuring. The shadow of the influence of neoliberal thought has been most evident in the rhetoric of right-wing populists, who have embraced an increasingly anti-parliamentary stance. As the book details, these approaches were most apparent in Ontario under the governments of Mike Harris and Doug Ford.

However, the point of the book is to show that what Panitch termed “authoritarian Fordism” reflects the intensification of a trend towards the marginalization of parliament that can be dated back to the early 1980s, and in which all three major parties have been complicit.

Neoliberal Parliamentarism takes readers on a journey through the annals of Ontario’s parliamentary history from 1981 to 2021 as a means of tracing the evolution of this process. It will be of interest to readers of Canadian political science, political economy, and social and critical theory, and those with an interest in parliament.

Dr. Tom McDowell is an instructor in the Department of Politics and Public Administration at Ryerson University (renaming in process).

Ten Years, Ten Books: A Selection from the Past Decade at UTP