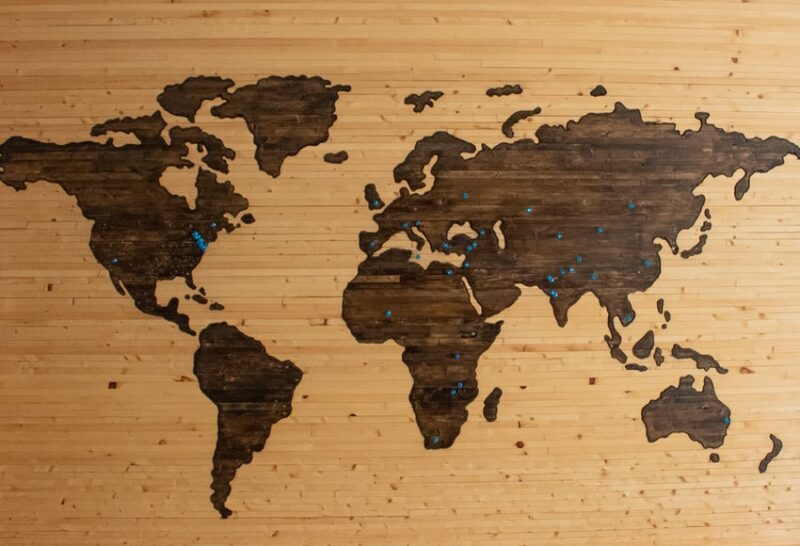 It’s -30 with a chance of blizzard, and you’re stuck inside for the foreseeable future. Whether you’re longing for a picturesque tour of Amsterdam’s historic canal district, a breezy walk around Toronto’s Tommy Thompson Park, or a backstage pass to the innerworkings of Taiwan’s cultural diaspora, we’ll have you inspired for your next trip outside! So…Let it Snow, Let it Snow, Let it Snow, and kick back with our selection of the “Top 10 Books for the Armchair Traveller.” Feel good this holiday season by supporting university press publishing. Books make the best gifts!

In terms of design, scale, and blending of ecologicical and aesthetic function, Amsterdam’s seventeenth-century Canal District is a European marvel. This edited volume brings together seventeen reputable scholars to debate questions about the origins, evolution, and future of the Canal District. With these differing approaches and perspectives on the Canal District the contributions render a collection where the whole is much more than the sum of the parts.

In Global Taiwanese, Fiona Moore explores the different ways in which Taiwanese expatriates in London and Toronto, along with professionals living in Taipei, use their shared Taiwanese identities to construct and maintain global and local networks. Based on a three-year-long ethnographic study that incorporates interviews with people from diverse backgrounds, generations, and histories, this book explores what their different experiences tell us about migration in “tolerant” and “hostile” regimes.

Accidental Wilderness is a rich and lyrical collection of essays curated by internationally recognized landscape architect and original designer of Tommy Thompson Park, Walter H. Kehm. A stunning collection of photographs by renowned landscape photographer Robert Burley complements these essays, which explore the city’s port origins; the principles and design of the park’s master plan; the native-plant succession process; the park’s unique flora and fauna; public advocacy efforts; and public recreation in the park and its effect on mental, physical, and spiritual health.

The King of Bangkok

The English translation of this best-selling graphic novel tells the story of Nok, an old blind man who sells lottery tickets in Bangkok, as he decides to leave the city and return to his native village. Through reflections on contemporary Bangkok and flashbacks to his past, Nok reconstructs a journey through the slums of migrant workers, the rice fields of Isaan, the tourist villages of Ko Pha Ngan, and the Red Shirt protests of 2010.  Ultimately, it is a story about contemporary Thailand and how the waves of history lift, engulf, and crash against ordinary people.

The Living Inca Town: Tourist Encounters in the Peruvian Andes

Based on a number of research visits over the course of fifteen years, The Living Inca Town examines the experiences and interactions of locals, visitors, and tourism brokers. The book makes room for unique perspectives and uses innovative visual methods, including photovoice images and pen and ink drawings, to represent different viewpoints of day-to-day tourist encounters. The Living Inca Town vividly illustrates how tourism can perpetuate gendered and global inequalities, while also exploring new avenues to challenge and renegotiate these roles.

In the city of Natal in northeastern Brazil, several local women negotiate the terms of their intimate relationships with foreign tourists, or gringos, in a situation often referred to as “sex tourism.” These women have different experiences, but they share a similar desire to “escape” the social conditions of their lives in Brazil. Based on original ethnographic research and presented in graphic form, Gringo Love explores the hopes, dreams, and realities of these women against a backdrop of deep social inequality and increasing state surveillance leading up to the 2014 World Cup and 2016 Olympic Games.

From Water to Wine: Becoming Middle Class in Angola

From Water to Wine explores how Angola has changed since the end of its civil war in 2002. Its focus is on the middle class—defined as those with a house, a car, and an education—and their consumption, aspirations, and hopes for their families. It takes as its starting point “what is working in Angola?” rather than “what is going wrong?” and makes a deliberate, political choice to give attention to beauty and happiness in everyday life in a country that has had an unusually troubled history.

In terms of its popularity, as well as its production, chocolate was among the first foods to travel from the New World to Spain. Chocolate: How a New World Commodity Conquered Spanish Literature considers chocolate as an object of collective memory used to bridge the transatlantic gap through Spanish literary works of the early modern period, tracing the mention of chocolate from indigenous legends and early chronicles of the conquistadors to the theatre and literature of Spain.

The Web of Meaning: The Internet in a Changing Chinese Society

Taking off at the height of China’s socio-economic reforms in the mid-1990s, the Internet developed alongside the twists and turns of the country’s rapid transformation. Central to many aspects of social change, the Internet has played an indispensable role in the decentralization of political communication, the expansion of the market, and the stratification of society in China.

By Robert A. Davidson

As a site of occupancy, the hotel has provided continued creative inspiration for artists from Monet and Hopper, to genre filmmakers like Hitchcock and Sofia Coppola. While the rich symbolic importance of the hotel means that the visual arts and cinema are especially fruitful, the hotel’s varied structural purposes, as well as its historical and political uses, also provide ample ground for new and timely discussion. The Hotel: Occupied Space explores the hotel as both symbol and space through the concept of “occupancy.”

This post was created by the UTP Marketing team.