Home > Blog > Liberation and the “Kingdom of Night” 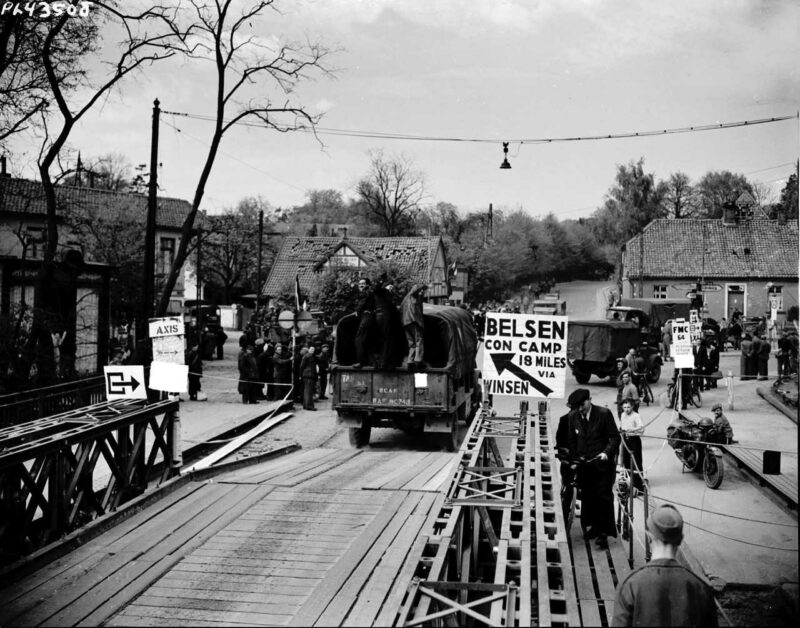 In honour of International Holocaust Remembrance Day, we are featuring a post written by UTP author Mark Celinscak. In this post, Celinscak reflects on the importance of this day and also discusses how his new book, Kingdom of Night, illuminates the ambivalence of liberation.

“I have just seen Belsen and am ashamed,” wrote Squadron Leader Ted Aplin of the Royal Canadian Air Force. “Ashamed that Gentiles all over the world have not risen in one vast crusade to erase forever this evil mark on their record…. This is anti-Semitism carried to its final extreme….”

Between April 1943 and April 1945, approximately 120,000 men, women, and children passed through the Bergen-Belsen concentration camp in northwest Germany. When British and Canadian forces liberated the camp on 15 April 1945, there were nearly 60,000 prisoners, and the majority, approximately 60 per cent, were Jews. In total, 50,000 people died in the Bergen-Belsen concentration camp before Allied forces arrived. Tragically, due to starvation and disease, large numbers of deaths continued at Bergen-Belsen after it was surrendered to the Allies. Nearly 14,000 people died in the camp after its liberation.

International Holocaust Remembrance Day was designated by the United Nations to commemorate the six million Jews killed in the Holocaust and the other victims of Nazism. It marks the anniversary of the liberation of Auschwitz, the largest killing centre and concentration camp established by Nazi Germany during the Second World War. Nearly 1.3 million people were deported to Auschwitz, including more than a million Jews. On 27 January 1945 the Soviet Union’s Red Army liberated the camp. Seven thousand prisoners were still clinging to life when troops entered Auschwitz. And while the Germans had already fled, the Soviets discovered clear markers of genocide. They found 350,000 men’s suits, 800,000 women’s coats, tens of thousands of pairs of shoes, and more than 14,000 pounds of human hair.

Despite these horrifying discoveries, the camp’s liberation received little coverage by the Western media. Why? One reason was that it was not the first camp to be liberated. Secondly, there were competing stories to report at the time, the Yalta conference being the most prominent in media coverage. However, there was another reason why the liberation of Auschwitz was not a major news story in the West. It was the Soviets who liberated the camp. The public in the West distrusted sources of information coming from the communist-occupied East. Indeed, it would take the liberation of Nazi camps by the Western Allies – the Americans, the British, and Canadians – before the horrors were fully recognized and believed. The liberation of camps with names such as Buchenwald, Dachau, and Bergen-Belsen became major news stories in the West and around the world, helping to shape our understanding of the Holocaust.

How did Allied troops view those who had been starved and brutalized in Hitler’s camps? Kingdom of Night: Witnesses to the Holocaust, my new book with the University of Toronto Press, demonstrates that liberation was a highly ambivalent experience. For liberators there was a duty, a responsibility to help those in need mixed alongside the shock and horror of the sights, sounds, and smells of the camp. There was a desire to document what they witnessed as liberators combined with the struggle to locate suitable words and metaphors. For the survivors, they understood that they were no longer prisoners of Nazi Germany, and yet many would remain in displaced persons camps long after the war, learning that many of their friends and family had not survived what we now refer to as the Holocaust. Both survivor and liberator would contend with these profound experiences for the rest of their lives.

“I am concerned that the message of Bergen-Belsen and the Holocaust is starting to diminish,” observed Mervin Mirsky, a senior officer at Canadian Army Headquarters and a witness to Bergen-Belsen. “I feel we can’t [forget],” he continued, “as a Jew and as a Canadian… [the] story of the Holocaust has got to be told and told, or it’s going to die.”

Remembrance can be meaningful, but it should be accompanied by awareness through education. The Holocaust demonstrates the real threat posed by discrimination, bigotry, and racism. Left unchecked hate can become both tolerable and ordinary. When we deny the humanity of others, we extinguish it in ourselves.

Strategic Control, Sam Brannan, and the Connected Car
The Complementary Roles of Journal Articles and Books in Graduate Education Research