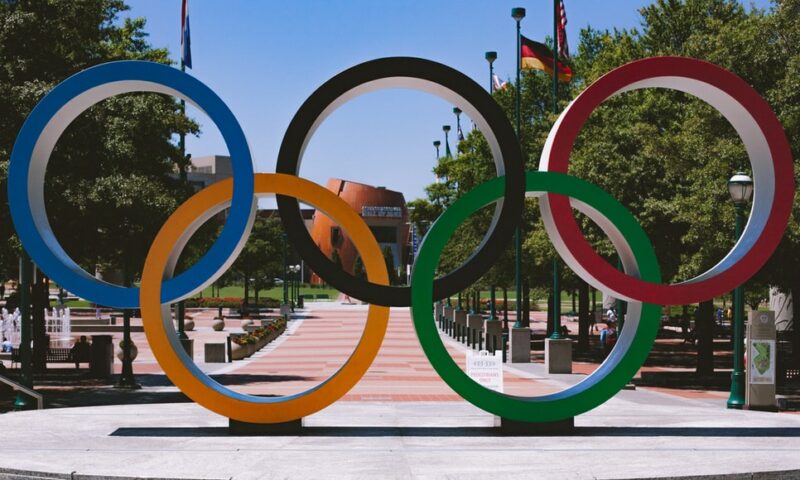 The 1976 Summer Olympics took place in Montreal. At the time, China was putting pressure on Canada to help it join the International Olympic Committee and expel Taiwan. Canada would not allow Taiwan to compete in Montreal if it called itself “China.” I was first secretary in our Beijing Embassy, and one of my duties was to negotiate sports exchanges with China. It took over two years to resolve these issues. As Canada participates in the 2022 Winter Olympics, this time in Beijing, the events are met again with controversy and opposing opinions over the chosen host country and Canada’s involvement. In Canada and China: A Fifty-Year Journey, I reflect on the turbulent summer games and my own role in navigating various policies off-field to balance relations between Canada and China. The following is an excerpt from my forthcoming book, Canada and China: A Fifty-Year Journey

In this chapter, Canada defends its one-China policy by barring Taiwan from the 1976 Montreal Olympics. Trudeau is called a Nazi, and Canada is accused of “bowing down to Communist China so it can sell Beijing more wheat.” Recognition of China in 1970 had ended our diplomatic relations with Taiwan, and visitors to Canada from Taiwan no longer could say they were from “China.” This led to a cat-and-mouse game after they arrived in Canada waving their Republic of China flag. The Chinese Embassy in Ottawa would immediately protest, and officers in the Department of External Affairs would order the Taiwanese visitors to stop calling themselves “China” and take down the ROC flag.

In 1974, China (the PRC) applied for membership in the IOC so that its athletes could compete in the 1976 Montreal Games. The PRC said that, once it became a member, Taiwan had to be expelled. The IOC was unwilling to expel a member in good standing, especially since Taiwan had the support of a majority of its members. The IOC president, Lord Killanin (Michael Morris, the Third Baron Killanin), knew that sooner or later the PRC would have to be admitted. Was there a way to accommodate both the PRC and the ROC? Taiwan would not surrender its name of “Republic of China” (ROC), and the United States, Taiwan’s major supporter, opposed any attempt to expel it from the IOC, or force it to change its name.

In 1974 and 1975, I was in charge of negotiating Canada’s sports exchanges with China at our Beijing Embassy. At every meeting, the Chinese Sports Federation declared that it was Canada’s responsibility to ensure the PRC’s admittance to the Games, and exclude Taiwan. I replied that Canada supported the PRC’s admission, but it was up to the IOC to settle membership issues.

Lord Killanin and the IOC delayed acting. By the end of 1975, the PRC had retreated from its push for membership since its team was not ready to compete at a high level, but it continued to demand Taiwan’s expulsion from the IOC. The Canadian government said that Taiwan would not be allowed to participate in Montreal if it called itself “China.” Backed by the Americans, Taiwan said it intended to participate in the Montreal Games as China (the ROC). The IOC said that it could move the games elsewhere if Ottawa did not change its position, and it accused Canada of putting politics ahead of international sport, and of caving in to Beijing’s demands.

The IOC then proposed a compromise: a version of what happened at the 1960 Rome Olympics, when Taiwan had participated as “Formosa,” its name under Japanese occupation from 1895 to 1945.

Taiwan refused. Prime Minister Trudeau then offered a last-minute solution: Taiwan could fly the ROC flag and sing its own anthem in Montreal, but still would be denied entry to Canada if it called itself China. This concession was acceptable to the Taiwanese athletes, who were waiting to enter Canada, but their government in Taipei ordered them to return home. As a result, neither Taiwan nor the PRC participated in Montreal. In 1979, the PRC became an IOC member, and in 1984, both the PRC and Taiwan took part in the Los Angeles Games, with Taiwan calling itself “China (Taipei),” the name it uses today in international organizations.

Afterwards Trudeau said: “Of course I had to tell Taiwan that it could not attend the Montreal Games if it called itself China…There is only one China, and it is the PRC. We made the right decision. Our officials handled it well. Canada took criticism from other countries – they even called me a Nazi, comparing me to Hitler who excluded the Jews from the 1936 Berlin Olympics. We had a clear policy, it was logical and consistent, and we observed it.”

More than a few Canadians, however, felt Canada had unnecessarily put politics ahead of international sport. The United States continued to criticize Canada for having sacrificed Taiwan in order to maintain good relations with China. Beijing grudgingly acknowledged that Canada had observed the “one-China” policy. However, it complained that Taiwan was still a member of the IOC. Eight years would pass before the PRC finally competed in the Olympics. Foreign Minister Mitchell Sharp stated that Canada had not banned Taiwan to please the PRC, but to honour its policy commitments. “Our future relations with China will not be easy,” he said. “We are going to have our ups and downs with Beijing.”

B. Michael Frolic is a professor emeritus of politics at York University and an affiliated professor at the Munk School at the University of Toronto. In the 1970s, he served as the First Secretary at the Canadian Embassy in Beijing.

The Pandemic’s Impact on the Future of Work
Books for Understanding: Ukraine