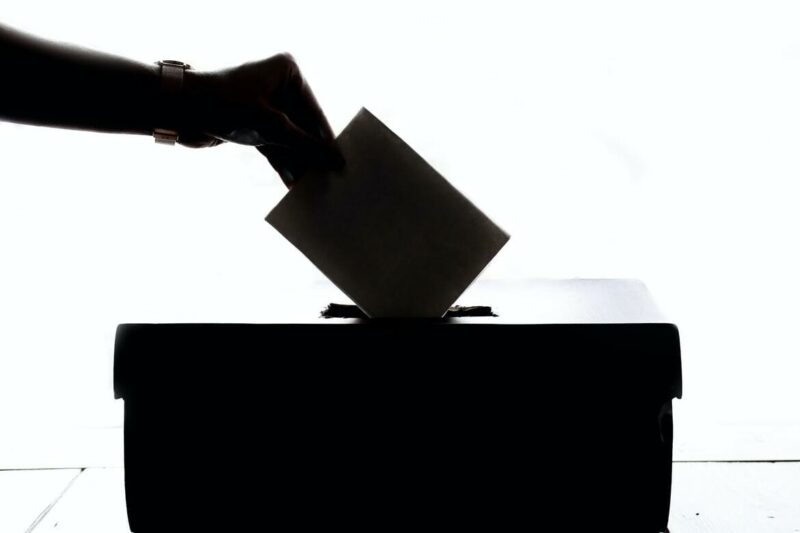 In this blog post, UTP authors Jack Lucas and R. Michael McGregor discuss their book Big City Elections in Canada which explores recent municipal elections in eight of Canada’s largest cities. They write that ” municipalities are the laboratories of Canadian political behaviour.”

Contrary to what the famous catechism suggests, Canadians live in more than two “political worlds.” In addition to their participation in federal and provincial contests, Canadians also vote in countless local elections: for mayor or reeve, city council, borough and borough council, regional chair and council, school board, park board, and on referenda and ballot initiatives on issues ranging from local land-use planning to nuclear disarmament. Canadians thus make more voting decisions locally than they do at any other level. This is a “political world” different from any other that Canadians inhabit.

With municipal elections just around the corner in many provinces, tens of millions of Canadians will soon be experiencing an important, but historically overlooked (at least by scholars) type of election. Though Cutler and Matthews once referred to city elections as the “poor cousins” in the field of political behaviour, fortunately their description no longer rings true. A great many Canadian scholars have turned their attention to studying these contests in recent years. Not only do local contests vary in significant ways from those held at the national and provincial levels, but cities themselves provide an extraordinary of level of variation between them; municipalities are the laboratories of Canadian political behaviour.

Big City Elections in Canada represents the latest addition to the rapidly growing literature in this subfield. The book explores recent elections in eight of Canada’s largest cities (Vancouver, Calgary, Winnipeg, London, Mississauga, Toronto, Montreal, and Quebec City). Cases were selected on the basis of population size, historical importance, and geographic diversity, as well as theoretically interesting institutional variation, including at-large and ward elections, large councils and small councils, partisan and non-partisan elections, ranked ballot and plurality elections. The book is built on data from the Canadian Municipal Election Study, the largest individual-level academic study of municipal elections ever undertaken anywhere in the world.

Big City Elections in Canada combines the work of many of Canada’s leading scholars in the fields of local politics and political behaviour, and it speaks to questions in both subfields. The volume is structured by city and each chapter is focused on a single election and is written by experts on the city under discussion. The authors provide a detailed overview of their case city and election (those held in 2017 and 2018). Here readers are provided with an in-depth discussion of historical and contextual factors unique to and relevant in each city. Next, the determinants of mayoral vote choice are identified, following a common set of analyses. We see here that the factors driving vote choice can vary considerably from one city to the next. This demonstrates variation between cities, but also shows that voting patterns differ at the local and national levels. In the third and final part of each chapter, authors pursue different research questions that take advantage of distinctive characteristics of their case studies to provide broader lessons for scholars of urban politics and political behaviour.

Some of these questions might also be asked at other levels of government, while others are of specific relevance to the local level. In the former category are analysis of the role of prospective voting and expectations of competitiveness (Bélanger and Daoust), the study of the rise of a third party (Couture and Breux), the effect of affordability concerns upon attitudes and behaviour (De Rooij, Matthews, and Pickup), and the disconnect between a population’s diversity and the officials elected to represent them (Tolley and Rayment). The remaining chapters focus on questions that can only be tackled in the unique, local context. Such analyses include examinations of how perceptions of provincial party ties bleed over into non-partisan local elections (Lucas and Santos), of how the adoption of a ranked ballot electoral system affects perceptions of an election outcome (Anderson and Stephenson), the shift in voting patterns in support of a non-partisan incumbent mayor (McGregor and Pruyers), and the effect that a concurrent plebiscite can have on voter turnout in other races (Moore). The research questions considered are varied, but they all share the fact that they can only be considered using data from the local level.

Big City Elections should be of interest to a varied readership. We hope that non-academic readers who are interested in municipal politics will enjoy the detailed analyses offered in our case studies. Scholars of political behaviour and urban politics will be attracted by the analyses that apply lessons from other orders of government to the municipal level, as well as the novel questions that can only be asked and answered with a municipal focus. For teaching, the volume will be particularly useful in courses (at the graduate and undergraduate levels) in the fields of urban politics and political behaviour.

Are We Close to Giving Up on Free Expression? Exploring the Various Challenges in Dilemmas of Free Expression
The Pandemic’s Impact on the Future of Work