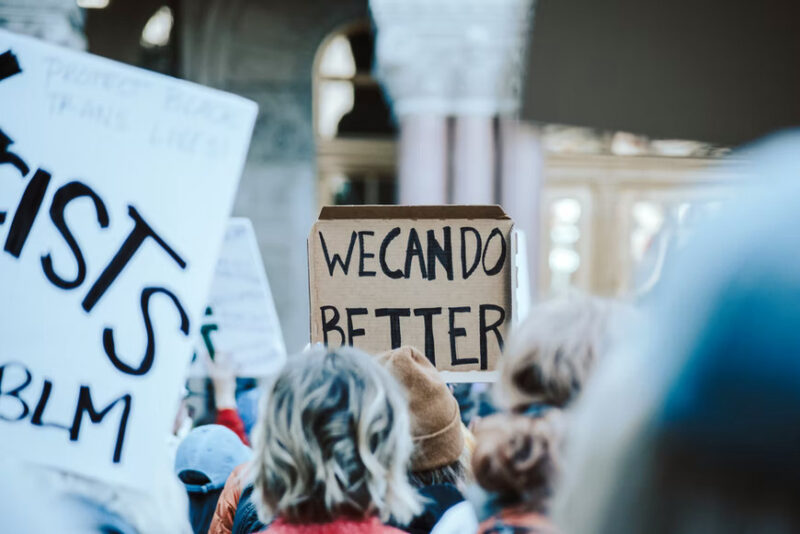 “I wanted to bring together a group of scholars from various backgrounds and disciplines to examine free expression in a way that pushes back against simplistic dichotomies and that engages in deep exploration of the nature of free expression and its limits.” In this blog post, UTP author Emmett Macfarlane discusses society and free speech within the context of his book Dilemmas of Free Expression.

Society faces grave threats from disinformation, hate, and political polarization. At the core of many of these issues stands a central democratic value: free expression. From social media to university campuses, free speech controversies generate an endless array of headlines and debate.

The various issues around expression are deeply complex and go to the heart of what it means to be part of a free and democratic society. Yet the public and media debates around free speech have not served us well. Far right populist characters falsely adopt the mantle of free speech warriors and rely on the right to free speech as a cudgel to push their views and, ironically, to silence others. And a spreading illiberalism among much of the rest of the ideological spectrum increasingly seems accepting of censorship and  de-platforming as methods to address perceived harms. Debate is reduced to “you can’t say that” versus “my free speech.”

This was the impetus for Dilemmas of Free Expression, a collection of nuanced, trenchant papers exploring a diverse set of issues relating to free speech. I wanted to bring together a group of scholars from various backgrounds and disciplines to examine free expression in a way that pushes back against simplistic dichotomies and that engages in deep exploration of the nature of free expression and its limits.

The result was a volume composed of political scientists, legal scholars, and philosophers exploring a wide array of topics implicating free expression. These include the challenges presented by social media and the online context; misinformation and disinformation as it relates to the integrity of our elections, climate change, and anti-vax conspiracy theories; hate speech; language rights; protest and counter-protest; compelled speech; defamation; de-platforming; censorship; and the university context.

In the few months since Dilemmas of Free Expression was published, we have witnessed the first use by the federal government of the Emergencies Act to respond to the “convoy” protests against pandemic measures, which occupied downtown Ottawa and various border crossings in brazenly illegal fashion. It raised contention over the limits of protest, the use of racist symbols, anti-democratic calls to bring down the government, and a slew of misinformation about the safety of vaccines. We have also witnessed the Russian invasion of Ukraine, and seen the response by social media organizations and governments to state disinformation about the war and questions raised about what to do next.

The federal government has pledged legislation to address disinformation and hate speech online, as well as to regulate social media and streaming platforms in much the same way it regulates traditional broadcasters. Universities remain confronted with the problem of how to address controversial speech, how to effect Indigenization, and how to promote diversity while retaining commitment to core values rooted in expressive freedom.

Some of these are traditional challenges but many are fundamentally new dilemmas, or at least old dilemmas in new contexts. The book and its contributors do not propose to have all the answers, but what it does, I hope, is clarify and bring perspective to the significant challenges we face in a way that helps scholars, policy practitioners, decision-makers, and citizens avoid the pitfalls of simplistic dichotomies and the lazy thinking that so often pervades these important debates.

The question that remains is whether there exists the political will to retain free expression as a central democratic value while addressing these varied challenges in more systemic and creative ways. We must be careful not to fall back on state censorship or regulation and the attendant risk of myriad unintended consequences, implementation challenges, and the general weakening of our democratic vitality.

Emmett Macfarlane is an associate professor in the Department of Political Science at the University of Waterloo.