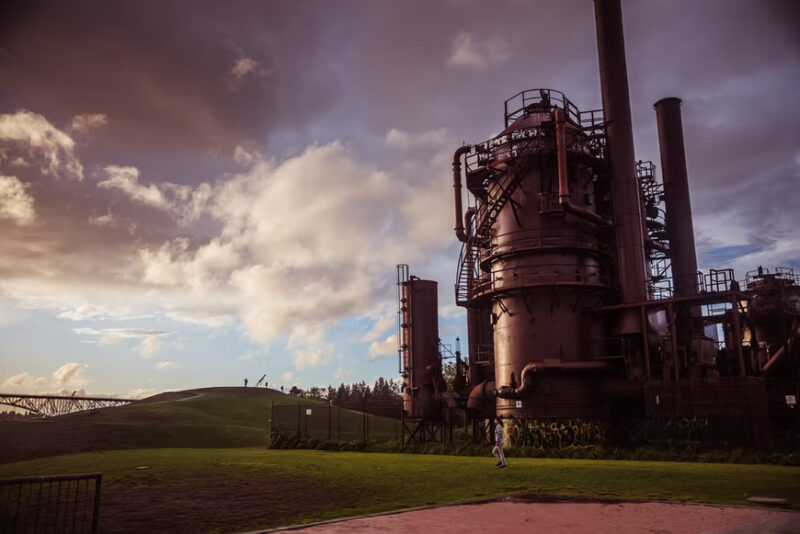 Profits and Power: Navigating the Politics and Geopolitics of Oil

Profits and Power sheds light on how the oil system works, its key players, and the political and geopolitical issues related to its use. Starting in the second half of the nineteenth century, the book traces the fascinating history of how oil production and its sale became the world’s most profitable business. Profits and Power shows how periods defined by shifts in price often dictated who controlled production, and who enjoyed the often enormous riches oil production generated. David A. Detomasi weaves together politics, geopolitics, and economics to provide a complete picture of how the system really works, and what direction it will take in the future.

Solved: How the World’s Great Cities Are Fixing the Climate Crisis

Taking cues from progressive cities around the world, including Los Angeles, New York, Toronto, Oslo, Shenzhen, and Sydney, this book is a summons to every city to make small but significant changes that can drastically reduce our carbon footprint. We cannot wait for national governments to agree on how to reduce greenhouse gas emissions and manage the average temperature rise to within 1.5 degrees. In Solved, David Miller argues that cities are taking action on climate change because they can – and because they must.

Oil in Putin’s Russia: The Contests over Rents and Economic Policy

Oil in Putin’s Russia offers an in-depth examination of the contests over windfalls drawn from the oil sector. Examining how the Russian leadership has guided the process of distributing these windfalls, Adnan Vatansever explores the causes behind key policy continuities and policy reversals during Putin’s tenure. The product of over ten years of research, including interviews with decision-makers and oil industry officials, Oil in Putin’s Russia takes an innovative approach to understanding the contested nature of resource rents and the policy processes that determine how they are allocated.

Oil is the source of wealth and economic opportunity. Oil is also the root source of global conflict, toxicity and economic disparity. When did oil become such a powerful commodity—during, and in the immediate aftermath of, the First World War. In The First World Oil War, Timothy C. Winegard argues that beginning with the First World War, oil became the preeminent commodity to safeguard national security and promote domestic prosperity.  This original and pioneering study analyzes the evolution of oil as a catalyst for both war and diplomacy, and connects the events of the First World War to contemporary petroleum geo-politics and international aggression.

There is no question that Africa is endowed with abundant natural resources of different magnitudes. However, more than a decade of high commodity prices and new hydrocarbon discoveries across the continent has led countless international organizations, donor agencies, and non-governmental organizations to devote considerable attention to the potential of natural resource–based development. This book places a particular emphasis on the actors that help us understand the extent to which resources could be transformed into broader developmental outcomes.

Why has Canada been unable to achieve any of its climate-change targets? Part of the reason is that emissions in two provinces, Alberta and Saskatchewan – already about half the Canadian total when taken together – have been steadily increasing as a result of expanding oil and gas production. How can Ottawa possibly get all the provinces moving in the same direction of decreasing emissions? To answer this question, Douglas Macdonald explores the five attempts to date to put in place coordinated national policy in the fields of energy and climate change – from Pierre Trudeau’s ill-fated National Energy Program to Justin Trudeau’s bitterly contested Pan-Canadian program – analyzing and comparing them for the first time.

Comprehensive and accessibly written for first-year or second-year undergraduates, the second edition of Global Ecopolitics provides students with a panoramic view of the policymakers and the structuring bodies involved in the creation of environmental policies. Detailing a considerable amount of environmental activity since its initial 2012 publication, this up-to-date second edition uses an applicable framework of systemic analysis and important case studies that push students to form their own conclusions about past efforts, present needs, and future directions.

Costly Fix: Power, Politics, and Nature in the Tar Sands

Costly Fix examines the post-1995 Alberta tar sands boom, detailing how the state inflated the profitability of the tar sands and turned a blind eye to environmental issues. It considers the position of First Nations, the character and strength of environmental critiques, and the difficulties that environmental groups and First Nations have had in establishing a countermovement to market fundamentalism. Throughout the book, Urquhart demonstrates that too many actors have done too little to prevent Alberta’s boreal forest from becoming a landscape sacrificed for unsustainable economic growth.

First World Petro-Politics: The Political Ecology and Governance of Alberta

First World Petro-Politics examines the vital yet understudied case of a first world petro-state facing related social, ecological, and economic crises in the context of recent critical work on fossil capitalism. A wide-ranging and richly documented study of Alberta’s political ecology – the relationship between the province’s political and economic institutions and its natural environment – the volume tackles questions about the nature of the political regime, how it has governed, and where its primary fractures have emerged.