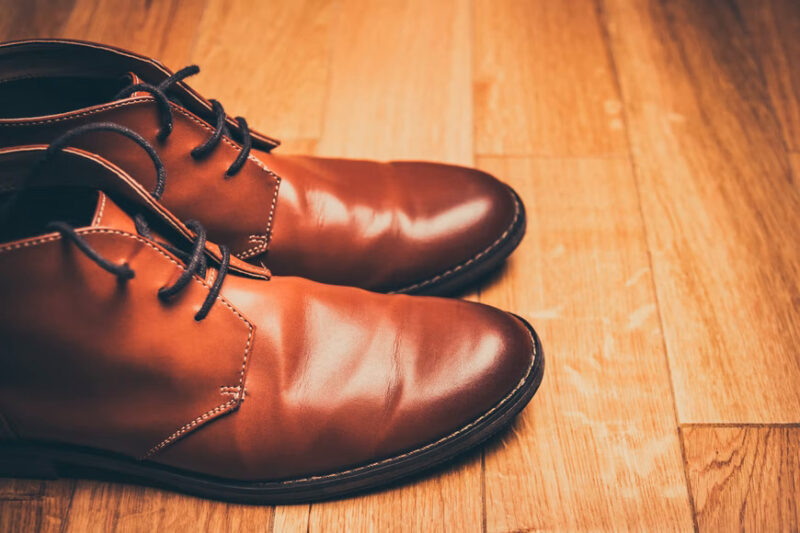 In this blog post, UTP author Zachary Austin Doleshal discusses his recent book In the Kingdom of Shoes and its relationship to celebrity.

In episode six of HBO’s fabulous and controversial show Winning Time, a young Magic Johnson sits through a barrage of pitches by shoe company executives, seemingly overwhelmed by his options. While it is clear to the viewer that he should go with the plucky Phil Knight and his upstart Nike, Magic makes the safe choice in Converse, the dominant name in athletic shoes at the time.

The scene left me thinking about Bata, the subject of my book In the Kingdom of Shoes, and its relationship to celebrity. While the book narrates the history of the company from 1894 to 1945, detailing its spectacular globalization and subsequent wartime difficulties, it says little as to the celebrity endorsement. Yet as I watched Magic negotiate the choppy waters of the mega shoe deal, it occurred to me that Bata in the interwar era has much to tell us about how shoes, sports, and celebrity have entangled histories. Looking at where they intersected at Bata offers the interesting conclusion that the singular athlete celebrity, the face of a shoe company, was far from inevitable.

After all, the team, the club, the collective, were the centre of Bata’s advertising strategy. Bata connected its shoes to sports from its inception when company founders Tomáš and his brother Antonin Jr. joined and partially funded the Sokol, the Czech nationalist gymnastic association during the fin-de-siecle. Far more interesting is what happened when the company grew massive in the interwar era, becoming the largest shoe company in the world. It was then that Bata revolutionized athletics in its hometown of Zlín. Sponsoring track and field, hockey, handball, boxing, tennis, cycling, and soccer teams, building stadiums, and hosting athletic competitions, Bata turned Zlín into an athletic powerhouse, with some of the best facilities, trainers, and athletes in all of Czechoslovakia (one of the greatest runners in history, Emil Zátopek, got his start running while a Bata employee in Zlín).

Bata put its logo on all of it. The Czechoslovak Champion Boxers, František Havelka and Julius Puskailer, went to matches wearing warm-up shirts with Bata on their chests. The champion women’s handball team played in uniforms with Bata on their shirts, and so on.

Looking back on its advertisements, though, reveals no celebrity athlete endorsement. Of the hundreds of full-size posters and thousands of newspaper and magazine advertisements I have seen from the period, I found none featuring a recognized athlete. This is interesting because one of Bata’s own, Ladislav Vácha, was a five-time Olympic medalist, winning gold in 1928. On top of that, Bata did use celebrity to sell its products in the interwar period. Perhaps the best evidence of this is a series of advertisements in 1935. In these Bata employed one of the most well-known actors in Czechoslovakia, Vlasta Burian, to sell its tires.

So the company knew and used celebrity to sell its products. Yet its focus for sports was to sponsor the team. Of course, such a strategy is far from lost. Consider the multi-million contracts between companies and college teams in the United States.

Still, I can’t help but to wonder about a world where Bata’s strategy won out, and Magic would have played for the Los Angeles Sports Club Converse, with no decision to make.

Zachary Austin Doleshal is a clinical assistant professor in the Department of History at Sam Houston State University.

Something within Me: An Excerpt
Q&A Interview with UTP Author Michael Lambek