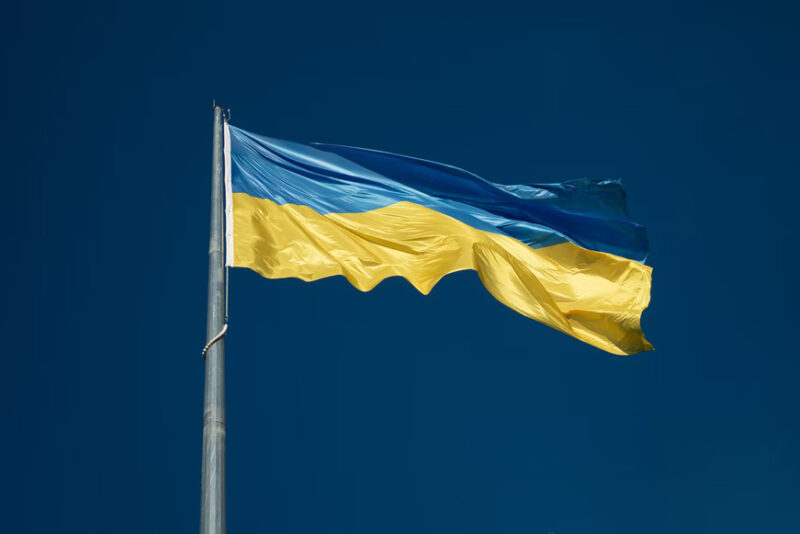 For more than thirty years, University of Toronto Press has been proud to publish books on the history, culture, and politics of Ukraine. This post, a follow-up to our previous blog post on this topic in February, features some of our more recent books on Ukraine, including several new paperbacks releases. You can find many more UTP books on our Ukrainian Studies subject page.

Breaking the Tongue: Language, Education, and Power in Soviet Ukraine, 1923–1934

By Matthew D. Pauly
In the 1920s and early 1930s, the Communist Party embraced a policy to promote national consciousness among the Soviet Union’s many national minorities as a means of Sovietizing them. The first detailed archival study of the local implications of Soviet nationalities policy in Ukraine, Breaking the Tongue examines the implementation of the Ukrainization of schools and children’s organizations.

By Anna Procyk
This book examines the intellectual currents in Eastern Europe that attracted educated youth after the Polish Revolution of 1830–1. Focusing on the political ideas brought to the Slavic world from the West by Polish émigré conspirators, Anna Procyk explores the core message that the Polish revolutionaries carried, a message based on the democratic principles espoused by Young Europe’s founder, Giuseppe Mazzini.

By Stephen Velychenko
In Painting Imperialism and Nationalism Red, Stephen Velychenko traces the first expressions of national, anti-colonial Marxism to 1918 and the Russian Bolshevik occupation of Ukraine. Velychenko reviews the work of early twentieth-century Ukrainians who regarded Russian rule over their country as colonialism. He then discusses the rise of “national communism” in Russia and Ukraine and the Ukrainian Marxist critique of Russian imperialism and colonialism. The paperback edition includes a new preface by the author.

Nikolai Gogol was born and raised in Ukraine before he was lionized and canonized in Russia. The ambiguities within his subversive, ironic works are matched by those that surround the debate over his national identity. This book presents a completely new assessment of the problem: rather than adopting the predominant “either/or” perspective – wherein Gogol is seen as either Ukrainian or Russian – it shows how his cultural identity was a product of negotiation with imperial and national cultural codes and values.

Scholars in Exile: The Ukrainian Intellectual World in Interwar Czechoslovakia

By Nadia Zavorotna
Narrated from a Ukrainian perspective, Scholars in Exile concentrates on the astounding efforts by Ukrainians to establish institutions of higher learning in the unique democratic spirit of Tomáš Garrigue Masaryk. The book also explores Ukrainian scholarly and professional societies, museum and archival collections, scholarly publishing, and little-known intellectual connections between Ukrainian émigré scholars and their colleagues in Czechoslovakia and various other European countries.

Lviv’s Uncertain Destination:  A City and Its Train Terminal from Franz Joseph I to Brezhnev

Lviv’s Uncertain Destination examines the city’s tumultuous twentieth-century history through the lens of its main railway terminal. Whereas most existing studies of eastern European cities centre their stories on discrete ethnic groups, milestone political events, and economic changes, this book’s narrative is woven around an important site within the city’s complex spatial matrix. It combines architectural, economic, social, and everyday life history.

By Stephen Velychenko
Propaganda in Revolutionary Ukraine is a survey of domestic government and party printed propaganda in revolutionary Ukraine. It is the first account in English to study these materials using an illustrative sample of printed texts and to assess their impact based on secret police and agitator situation reports.

By Yuliya Ladygina
Bridging East and West explores the literary evolution of Ol’ha Kobylians’ka, one of Ukraine’s foremost modernist writers. Investigating themes of feminism, populism, Nietzscheanism, nationalism, and fascism in her works, this study presents an alternative intellectual genealogy in turn-of-the-century European arts and letters whose implications reach far beyond the field of Ukrainian studies.

By Natalie Kononenko
Winner of the 2019 Association for Women in Slavic Studies Heldt Prize for Best Translation
Ukrainian epic, or dumy, were first recorded from blind mendicant minstrels in the nineteenth century, yet they reflect events dating back to as early as the 1300s. Ukrainian Epic and Historical Song provides new translations in contemporary English of these songs of family strife, war, and human dignity. It also explains the historical events celebrated in epic and other historical songs: fierce battles, rebellion against tyranny, the struggles of captivity, the joys of escape from slavery.

By Serhiy Bilenky
Winner of the 2017/18 Book Prize from the American Association for Ukrainian Studies
In the nineteenth and early twentieth century Kyiv was an important city in the European part of the Russian empire, rivaling Warsaw in economic and strategic significance. It also held the unrivaled spiritual and ideological position as Russia’s own Jerusalem. In Imperial Urbanism in the Borderlands, Serhiy Bilenky examines issues of space, urban planning, socio-spatial form, and the perceptions of change in imperial Kyiv.

Twilight of Empire: The Brest-Litovsk Conference and the Remaking of East-Central Europe, 1917–1918

By Borislav Chernev
Two separate peace treaties were signed at Brest-Litovsk – the first between the Central Powers and Ukraine and the second between the Central Powers and Bolshevik Russia. Borislav Chernev, through an insightful and in-depth analysis of primary sources and archival material, argues that although its duration was short lived, the Brest-Litovsk settlement significantly affected the post-Imperial transformation of East Central Europe. Chernev’s analysis expands beyond the traditional focus on the German-Russian relationship, paying special attention to the policies of Austria-Hungary, Bulgaria, and Ukraine.

The Near Abroad: Socialist Eastern Europe and Soviet Patriotism in Ukraine, 1956–1985

From the Soviet perspective, Eastern Europe was the near abroad – more accessible than the capitalist West, yet also unambiguously foreign. Observing their western neighbours, citizens of the USSR developed new ideas about the role of states, borders, and national identities in the Soviet empire. In The Near Abroad, Zbigniew Wojnowski traces how Soviet Ukrainian identities developed in dialogue and confrontation with the USSR’s neighbours in Eastern Europe.

By Mayhill C. Fowler
Mayhill C. Fowler tells the story of the rise and fall of a group of men who created culture both Soviet and Ukrainian. This collective biography showcases new aspects of the politics of cultural production in the Soviet Union by focusing on theater and on the multi-ethnic borderlands. It traces the growing overlap between the arts and the state in the early Soviet years, and explains the intertwining of politics and culture in the region today.

This post was written by the UTP marketing team.