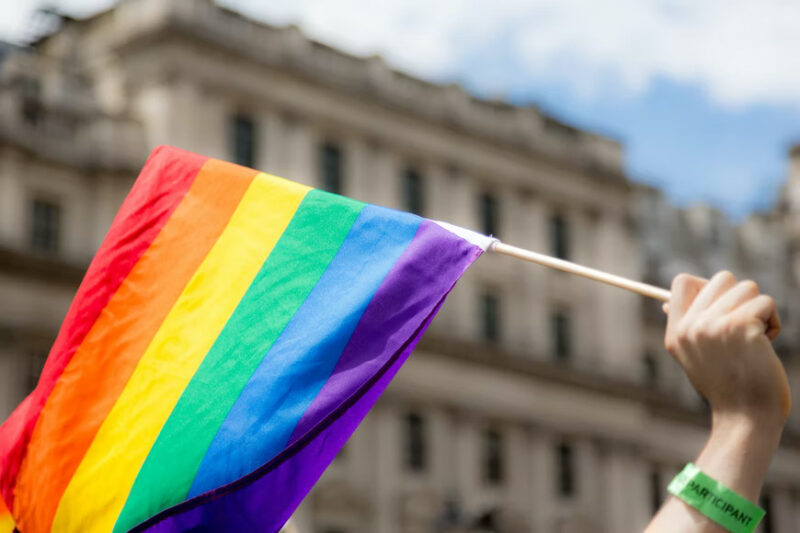 In honor of Pride Month, we are interviewing some of our authors who have published incredible books with UTP in Queer Studies. Read Samuel Clowes Huneke’s Q&A below:

What was the research process like for States of Liberation? What were some surprising things/sources you found during your research?

When I first started researching queerness in Cold War Germany seven years ago, my process really resembled wading out into an ocean of archival material. I cast lines out and saw what came back. States of Liberation covers a long period of history (over forty years) and deals with a topic that not much had been written on at the time, especially gay and lesbian activism in the 1970s and 1980s. I was fortunate to come across real treasure troves of information. The archive of the Stasi (East Germany’s secret police) was an especially rich source for the book. I found evidence there of gay espionage in Cold War Berlin, for instance. I also found concrete evidence of how and why the East German government advanced a deluge of pro-gay legislation and policy in the mid to late 1980s.I was also lucky to interview almost two dozen people who lived through the Cold War period and had firsthand knowledge of gay persecution and gay activism. For instance, I got to interview Peter Rausch and Ursula Sillge, two of the leaders of East Germany’s gay and lesbian movement. These are two tenacious, savvy activists who succeeded in forcing a communist dictatorship to pay attention to LGBTQ issues. More than virtually any other source, these oral histories shaped my understanding of the period and the book’s arguments.

Honestly, it was condensing everything I had found into a (relatively) short work of narrative history. I knew from the start that I wanted States of Liberation to be both comprehensive and readable. So I had to find a way of preserving all of the insights and experiences of individuals – experiences I had gleaned from oral interviews and from archives – while also fitting them into a narrative structure that would cover two countries and over forty years into just a couple hundred pages. I had to do a lot of deep editing to make it all fit. But I think the result is a history that moves along at a rapid clip and gives the reader an intimate sense of what it was like to be gay in East and West Germany.

I wrote States of Liberation for both academic and non-academic audiences, which is part of why structuring it as narrative history was so important to me. I do particularly hope that it reaches queer readers in both the Anglophone world and Germany. The story it tells about gay persecution and gay activism is a remarkable one that I think has many lessons for us today about the importance of resisatance and the difference that commited activists can make, even in countries as inflexible and authoritarian as East Germany was. In terms of the scholarship, it is really a book for both German historians and queer historians. I hope it encourages more German and European historians to take the history of sexuality seriously, and not just as a sort of ‘add on’ or a ‘soft’ topic but rather something that is deeply embedded in the politics and the societies and even the economics of the postwar era. For queer historians, I see part of my larger scholarly project as getting queer studies scholars to take the state more seriously, and so that is really the goal of this book. I hope queer studies readers look at the shifting relationships between queer people and the state in different contexts and take the historical contingency of those relationships seriously. I think this is important intellectually but also for activism in terms of how we think about the possibilities of politics.

Since it is Pride Month, we wanted to ask: do you have any favourite Queer Studies books or writers/scholars that you would recommend?

Of course! Among University of Toronto Press authors, Laurie Marhoefer is one of my absolute favorites. They published their first book, Sex and the Weimar Republic,several years ago- a book I found revolutionary and is a big reason why I aproached Toronto to publish my own book—and their second book Racism and the Making of Gay Rights just came out this spring. I love Javier Samper Vendrell’s The Seduction of Youth – another Toronto title. I have also found Paisley Currah, who just published Sex is as Sex does about the legal regulation of gender, to be one of the most innovative thinkers on queer issues today. And one of the books I’ve most admired recently is Evren Savci’s Queer in Translation.

Samuel Clowes Huneke is an assistant professor of history at George Mason University.