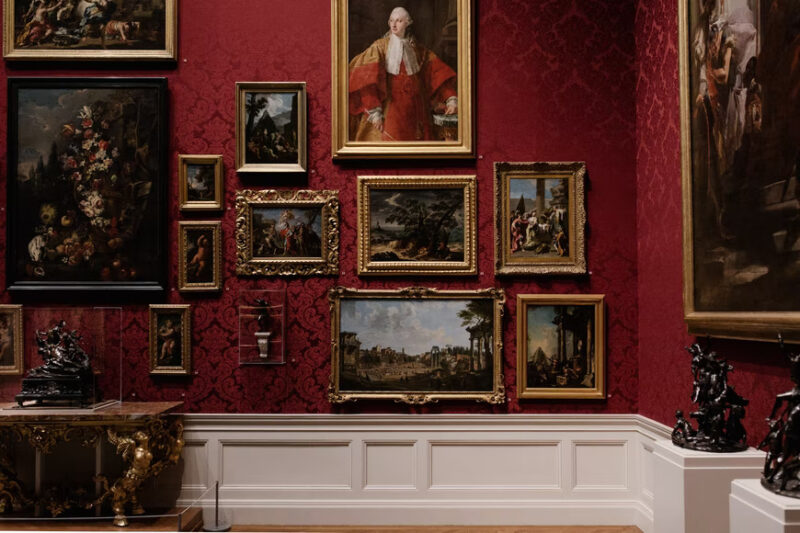 It’s that time of the week again! This Throwback Thursday Heritage series roundup consists of books focused on art!

Versified Prints: A Literary and Cultural Phenomenon in Eighteenth-Century France

The term “versified prints” is used to describe images that are accompanied by poetic explanatory text. They were immensely popular and diffused throughout Europe in the eighteenth century, and many were shown at the Salon du Louvre. With 112 full-page reproductions, Versified Prints offers an engaging and informative introduction to these intriguing works.

Antimodernism and Artistic Experience: Policing the Boundaries of Modernity

Antimodernism is a term used to describe the international reaction to the onslaught of the modern world that swept across industrialized Western Europe, North America, and Japan in the decades around the turn of the twentieth century. In describing the ways in which modern artists used antimodern constructs in formulating their work, the contributors examine the involvement of artists and intellectuals in the reproduction and diffusion of these concepts.

Twentieth-century art has usually been analysed in terms of intellectual aesthetic principles. But several important artists of this century were motivated less by aesthetic ideas than by spiritual values. Ann Davis considers the work of five of the most dynamic and innovative Canadian painters of the period: Bertram Brooker, Emily Carr, Lawren Harris, Jock Macdonald, and Fred Varley.

George Heriot: Postmaster-Painter of the Canadas

George Heriot is best known as a skilled landscape watercolourist and as the contentious deputy postmaster general of British North America from 1800 to 1816. He was also a travel writer and a poet. In this volume, a combination of biography and art history, Gerald Finley presents, for the first time, a rounded picture of Heriot, revealing his motives and ideals while also illuminating the texture of life in Canada during the early years of settlement.

The Arts in Canada: The Last Fifty Years

These essays were written to mark the fiftieth anniversary of the University of Toronto Quarterly. Northrop Frye and Guy Rocher write on general cultural trends; Hugh MacLennan and Gérard Bessette on fiction; Ralph Gustafson and Michèle Lalonde on poetry; Robertson Davies and Gratien Gélinas on drama; George Woodcock and Jacques Allard on non-fiction prose; Godfrey Ridout on music, and Aba Bayefsky and Humphrey N. Milnes on art.