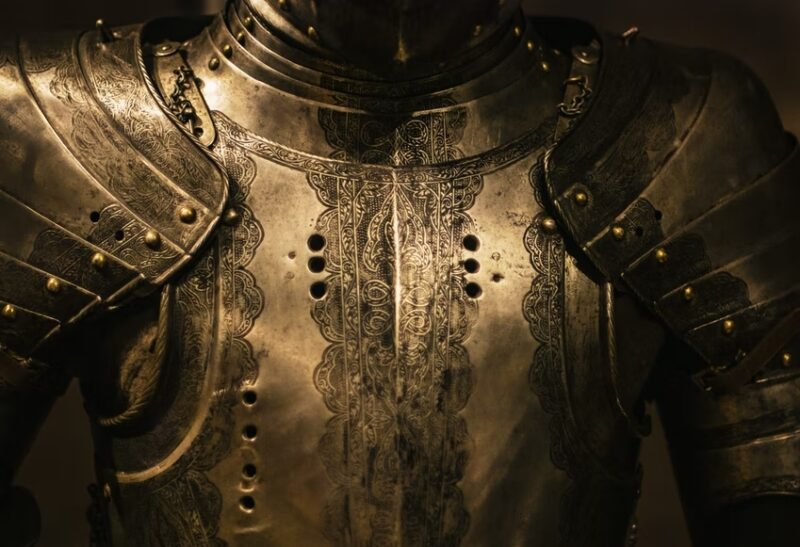 For this Throwback Thursday, we have compiled some backlist medieval studies reads from our Heritage series. Enjoy!

Arthur of England: English Attitudes to King Arthur and the Knights of the Round Table in the Middle Ages and the Renaissance

Today, popular imagination peoples the Middle Ages with damsels in distress and knights riding to their rescue. Of such knights, King Arthur and his companions are the most celebrated. This book examines medieval and Renaissance Arthurian literature, contemporary histories, chivalric theory and practice, popular myths and legends, folklore, etc., all to answer this question: How much credence did people generally place in this king who supposedly once ruled England?

If a reader of Chaucer suspects that an echo of a biblical verse may somehow depend for its meaning on traditional commentary on that verse, how do they go about finding the relevant commentaries? It was to the solution of such difficulties that R.E. Kaske addressed himself in this volume, setting out and analyzing the major repositories of traditional material: the liturgy, sermons and homilies, the pictorial arts, commentaries on individual authors, and a number of miscellaneous themes.

The Cast of Character: The Representation of Personality in Ancient and Medieval Literature

This book is concerned with the idea of character and the methods of representing it in ancient and medieval narrative fiction, and shows how late classical and medieval authors adopted techniques and perspectives from rhetoric, philosophy, and sometimes theology to fashion figures who define not only themselves but also their readers.

A Guide to Old English: Revised with Texts and Glossary

A Guide to Old English has established itself as the most thorough and most stimulating introduction to the language of medieval England. This edition includes ten basic texts, together with full notes and a comprehensive glossary, which convert the Guide into a self-contained course book for students beginning a study of Old English. The notes and glossary constantly refer to the grammatical explanations in the Guide, so that it is easy to follow.

The focus of this bibliography is the native literary tradition expressed in Irish and Welsh verse and prose from the earliest time to circa 1450. Priority is given to the most recent critical works and editions, provided that they supersede previous ones; however, earlier scholarly work and critical editions of texts that are now regarded as classics are also included. Bromwich includes only a few studies on early legal texts, historical background, ecclesiastical learning, hagiography, archaeology and art, and folklore.