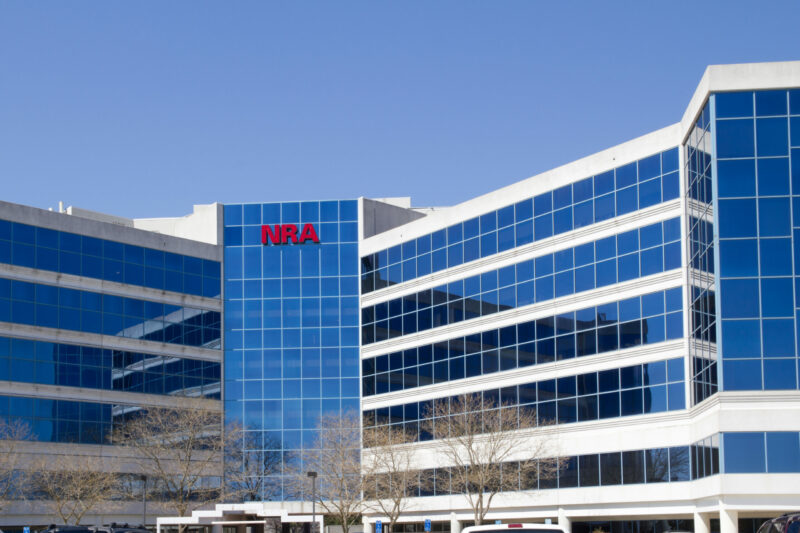 On Target: Gun Culture, Storytelling, and the NRA by Noah Schwartz explores why the NRA is so influential and how we can understand the group’s impact on firearms policy in the United States. The book looks at how the NRA both draws upon and shapes historical meta-narratives regarding the role of firearms in America’s national identity and how this is part of a larger effort to expand the community of gun owners. Read UTP author Noah Schwartz’s Q&A about his book below!

1) Tell us about when the idea for writing this book first came to fruition. Is there a story behind it? How did this topic get fleshed out?

The “eureka” moment for this book came when I was scrolling around the internet, and discovered that the National Rifle Association (NRA) had its own history museum. I have always been interested in how culture and history influence politics, and the idea of an interest group with a museum really caught my attention. What I found was that the way we think about the influence of the NRA is all wrong. When we picture the NRA’s influence, we often think about backroom deals and the influence of money in politics. My book makes the argument that it is the NRA’s ability to influence culture and focus the efforts of a politically motivated group of people, that let’s us understand its success.

2) What was the most challenging aspect of this project?

The most challenging part of writing this book was also the most exciting – my fieldwork. I travelled to Indianapolis and Virginia in the summer of 2019 to gain an insider’s perspective on the NRA. I attended the group’s annual meeting, a convention with tens of thousands of people, took NRA firearm safety classes, studied the NRA’s National Firearms Museum, and interviewed and went to the gun range with insiders and ordinary gun owners. Most scholars don’t learn to draw a Glock from concealment or fire an AR-15 as part of their research, which makes my project somewhat unique!

3) What was your experience working with the editor/editors of this book?

My experience working with Dan and the University of Toronto team could not have been better. After connecting with Dan at a conference in Nova Scotia, he really helped me to focus my message, and shepherd my project through the publishing process, despite the challenges posed by COVID-19.

4) What are you hoping the impact of On Target will be on how people understand the NRA/gun culture in the US? What do you want the readers main take-away to be?

I think scholars will be interested in the book because of how it contributes to our understand of interest groups in politics, and the relationship between culture, history, and policy. At the same time, I hope the book will help everyday people better understand the gun debate in America, which can seem strange to outsiders. I very deliberately chose to avoid taking a position on gun control with this book. Instead, I wanted people to engage with the other side in an era where social media bubbles increasingly separate us. I think readers who pick up On Target will finish with a better understanding of what guns mean to Americans who own them, and how this motivates gun owners to be politically active.

Noah S. Schwartz is an assistant professor of Political Science at the University of the Fraser Valley.

Letters from the Editor: Writing the Pitch into the Pitch
Reflections on Building Justice: Frank Iacobucci and the Life Cycles of Law