Home > Blog > A Deep Dive into Pop Culture and Power 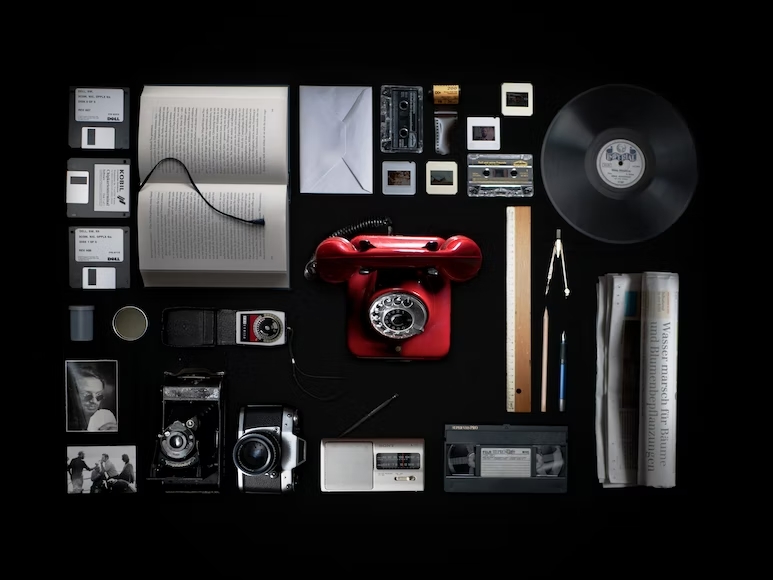 “In PC&P we treat ‘power’ as the ability to shape meaning-making in specific ways. Understanding how power works through media is necessary if media literacy is to support teaching for social justice.” Check out the following blog post that UTP authors Dawn H. Currie and Deirdre M. Kelly wrote about their book Pop Culture and Power.

As digital media deepen the reach of commercialized culture into our everyday lives, new challenges have emerged for educators. The all-too-common approach to media literacy is teaching students mechanical skills to fact-check or resist being “programmed” by pop culture messages – a reactive and static approach typically characterized as “critical thinking.” Pop Culture and Power (PC&P) instead treats popular culture as dynamic, endlessly producing representations of a social and natural world, inviting intervention and re-invention by citizens. Perceiving pop culture as opportunity rather than merely threat, we worked with K-12 educators to investigate how pop culture can be used to support teaching for social justice.

Critical Media Literacy (CML) invites people to engage critically with media – not simply celebrate or criticize media representations. This engagement entails three processes: an examination of the political economy of media production; an analysis of the conventions, frames, and ideologies of media texts; and an investigation of how and why audiences make diverse meanings of any given media offering.

A critical approach never loses sight of the fact that literacy, as the practice of reading, writing, and interpreting cultural representations, is not a neutral cognitive skill. As a social practice, literacy is shaped by power relations. Critical literacy aims to reveal these relations, taking literacy beyond “critical thinking” as an evaluation of media representations themselves. In PC&P, “critical literacy” takes this evaluation further, by asking questions such as: Who produced these media images? For what purpose? Who benefits? Who might be harmed?

CML encourages youth to recognize how media can work to sustain inequalities that characterize the status quo. Ads that dominate commercial culture provide perhaps the most obvious example. CML enables youth, as cultural producers, to understand that people have the power to challenge or reject such representations and to produce culture that reflects what they imagine could be a better world. PC&P does so by encouraging youth, as ethical media producers, to ask critical questions of their own media production.

In PC&P we treat “power” as the ability to shape meaning-making in specific ways. Understanding how power works through media is necessary if media literacy is to support teaching for social justice. Conventional approaches to teaching media literacy aim to inoculate youth from the negative effects of media consumption. Such approaches treat the power of media as domination, what we characterize as the exercise of “power over.” As a tool for teachers and teacher educators, we distinguish “power-over” from “power-to” and “power-with” when considering media engagement. The exercise of “power-to” by learners could entail creating or modifying a game. It could include resistance to dominant media, for example by writing a story or designing comics based on lived experience that talk back to received wisdom. “Power-with” comes from collaborating with others and can include solidarity. It is exercised during group work for class projects. “Power-over” is associated with systems of domination, like racism, heterosexism, class inequality, ableism, colonialism, and so on. An example would be public statues, monuments, or murals that present colonizers as benevolent heroes. But we also acknowledge that not all “power-over” works in harmful ways: teachers, parents, and guardians exercise “power-over” youth in teaching CML, for example.

We emphasize that power operates through media, not as media. It is not, for example, only the content of media that needs to be challenged, but also the relations and practices of its production. To address the harms of dominant settler culture, activities associated with Truth and Reconciliation have opened opportunities for Indigenous people themselves to produce and disseminate representations of their cultures. In short, power comes from social relations and the practices they promote, whether these relations take the form of corporate ownership promoting the drive for profits (e.g., of social media platforms like Facebook and Google) or of social movements using the Internet for political organizing (e.g., by #MeToo or #BlackLivesMatter).

Because we attribute the power of media to social organization and human practices, rather than the media messages or technology that are artifacts of human organization, it raises questions that support teaching for social justice. For example, who has access to media production? Who does not? Why? Who benefits from media production? How? This is why we refer to our particular approach as critical social literacy (CSL). We advance CSL as an exercise of “informed judgement” that supports ethical media engagement by youth, whether consuming, producing, or sharing media. It engages educators as well as learners in debates surrounding new social media: to what extent, and how, can youth, as everyday media users, exercise power-to and power-with through new social media, within but also beyond the classroom?

Young people are immersed in media culture, especially commercial culture, both inside and outside of school. Youth is a particularly heightened time to be thinking about identity, and young people are drawing upon media messages from pop music, TV shows, movies, and advertising as they think about who they are and who they want to become. To simply ignore or prohibit the media that youth consume or produce strikes us as unrealistic as well as unwise.  The alternative is to introduce and model asking certain types of questions about pop culture and media engagement. CSL offers teaching prompts about the personal, emotional, analytical, political, and ethical implications of the choices that go into using and creating media.

Far from frivolous, CML involves honing analytic sensibilities, and the teachers in our case studies readily linked CML to curriculum areas and learning goals for the grades they were teaching. In terms of parents worried about values embedded in pop culture, our approach would include prompts like: Are representations in the text fair? Will this text offend anyone? Who? Why? Does the text promote stereotypes? Does the text valorize or devalue the experience of others? Should I share this text? With practice, these sorts of questions could become habits of mind that help young people evaluate media content and their own media responses. By incorporating pop culture into their lesson planning, teachers can give students the opportunity to reflect on what they care about.

PC&P has been written with public school teachers, teacher educators, and educational researchers in mind. We also hope that anyone interested in media analysis will find our explication of CSL useful. We illustrate CML through case studies, designed by teacher participants, that use board games, film, music videos, and advertisements. The case studies are based on research in K-12 classroom settings; the tools that we present have been piloted in actual classroom settings. Also, in presenting the case studies, we consistently treat students as embodied meaning-makers, which means that we do not ignore how emotions can shape student (and teacher) responses to popular culture. In our concluding chapter, we created an extended practical illustration of the kinds of classroom activities our approach can inspire, using fairy tales as an accessible example of pop culture that can be adapted for a wide range of ages.

To help teachers, we include questions they can think about ahead of time to prepare media activities, both emotionally and otherwise. Regardless of the artifacts employed, PC&P offers a template for student interrogation of media messaging that promotes informed judgment, as well as a template for teacher reflexivity when designing media activities. By describing classroom activities that have been successful for other teachers, we direct readers to available published resources. We note that while teacher participants were interested in teaching media literacy, they did not teach “media studies” as a distinct subject; rather, participants designed activities that enhanced their mandated teaching across a number of subject areas.

We hope PC&P will inspire further research on classroom activities that can promote CSL across all grade levels. University-based proponents of critical and anti-oppressive pedagogies too often fail to engage in ongoing conversations with school communities (teachers, students, administrators, parents), and, as a result, they can be long on theoretical abstractions and short on concrete examples and strategies grounded in lived experience within specific schools. Our multi-phase research design was a response to this shortcoming. Unlike most studies, we do not rely only on teachers’ self-reporting on student learning. Instead, after the various teachers in our study had completed their curriculum units, we did group interviews with those teachers’ students. We also collected and analyzed student assignments as well as video-recordings of lessons. These rich data allowed us to show the diverse student responses and convey a fuller sense of what students had actually learned.

Q&A Interview with UTP Author Charles Hayter
Letters from the Editor: Writing the Pitch into the Pitch