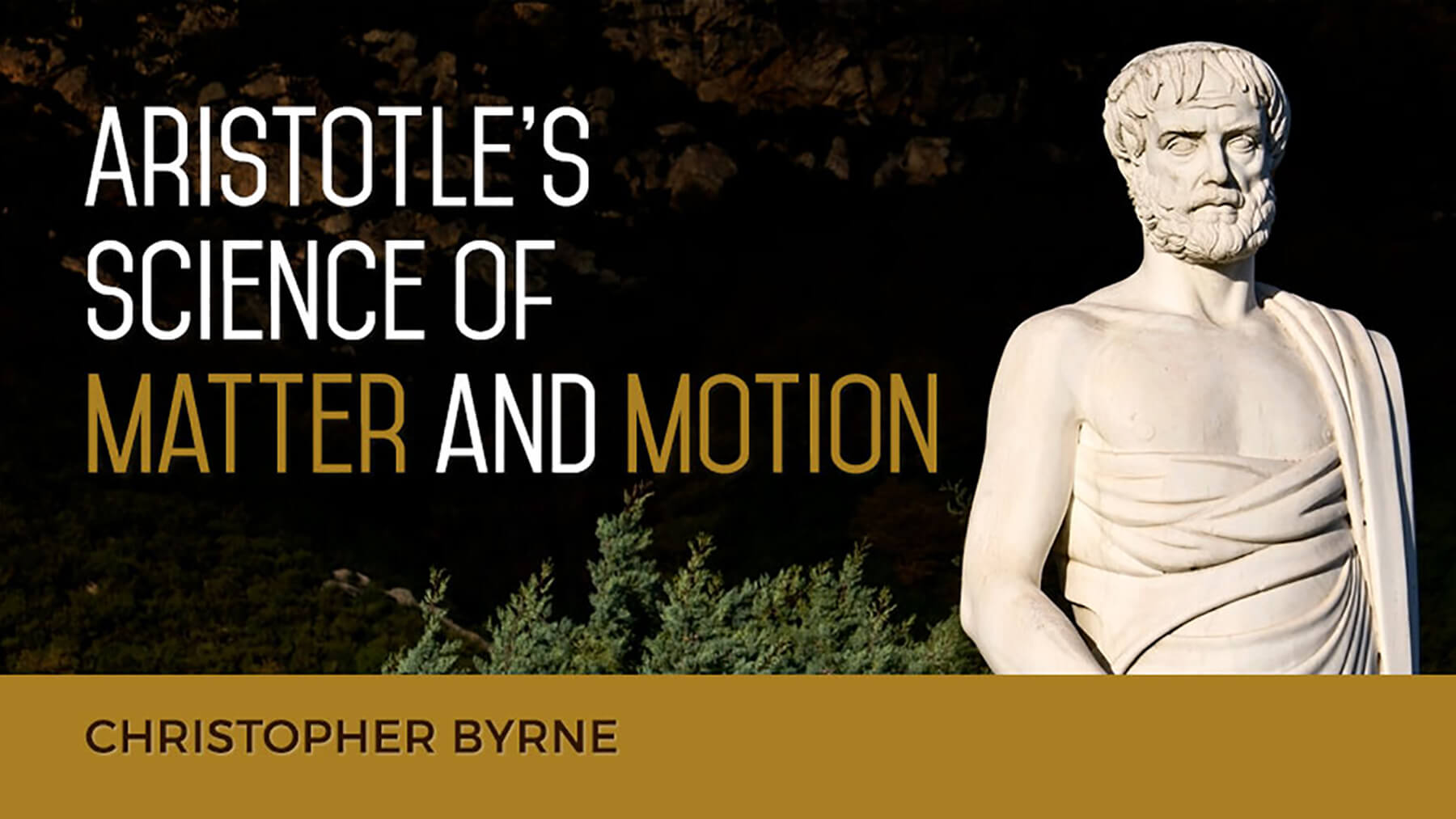 Although Aristotle’s contribution to biology has long been recognized, there are many philosophers and historians of science who call him the man who held up the Scientific Revolution by two thousand years. In this post, Christoper Byrne, author of Aristotle’s Science of Matter and Motion, criticizes these views, including that of Thomas Kuhn, a well-known historian and philosopher of science, who was one of many historians that labelled Aristotle of being the great delayer of natural science.

In his 1987 essay, “What Are Scientific Revolutions?,” Thomas Kuhn wrote that he came up with his idea of a scientific paradigm by reflecting on what was for him the enigma of Aristotle’s physics. On the one hand, Kuhn wrote, Aristotle clearly made significant contributions to logic, biology, and several other fields; on the other hand, Aristotle’s physics was worthless from the point of view of later physics – indeed, held up progress in physics – and contained many errors of logic and observation. Still, Kuhn wrote, given Aristotle’s contributions to logic and biology, the failure of his physics cannot be explained just by scientific incompetence on his part. Thus, we are faced with the puzzle of understanding how someone could be so good at logical reasoning and the minute inspection of biological organisms, but so wrong about the behaviour of physical bodies in general. It could only be the case, Kuhn concluded, that the basic beliefs about nature that had served Aristotle so well in his biology had fundamentally occluded his judgment when he turned to physics. More generally, Kuhn argued, Aristotle’s physics showed that beliefs about nature are not held piecemeal, but are part of a connected system. Claims about nature that by themselves seem arbitrary and wrong-headed, make sense within the context of a more general set of principles. Thus was the concept of a scientific paradigm born, as well as the attendant belief that scientific revolutions involve exchanging one scientific paradigm for another.

Kuhn admits that his view of Aristotle’s physics was the standard one at the time. One finds similar accounts of Aristotle in Sarton’s A History of Science (1952), Sambursky’s The Physical World of the Greeks (1956), Butterfield’s Origins of Modern Science (1957), and Westfall’s The Construction of Modern Science (1977). All of these accounts have in common the view that Aristotle’s account of nature is thoroughly qualitative and teleological, that is, that all change in nature involves the exchange of contrary qualities in perceptible objects, one of which is the distinctive perfection of the object undergoing the change and the other some type of deficiency in that kind of thing. Thus, every change is either a movement toward a telos, or final cause, or a movement away from that telos; in the first case, the change is natural, in the second, violent. Either way, all change in nature must be understood in relation to the specific perfection of the thing undergoing the change.

Kuhn took this interpretation of Aristotle’s physics to its logical conclusion; in so doing, he made clear its many flaws. Perhaps the best example of the way this interpretation misconstrues Aristotle is found in what Kuhn says about Aristotle’s account of locomotion. Kuhn argues that for Aristotle locomotion is a qualitative change; a change of place is a change of quality. Thus, place must be a quality. The difficulty, however, is that the qualities of perceptible objects move with them; examples of such qualities given in Aristotle’s Categories include colour and temperature, possessing a natural capacity or an acquired skill, say, an athletic ability, and properties such as being healthy or ill, and hard or soft. Place, however, does not belong in the category of quality; in his Categories, Aristotle lists the category of place separately from that of quality. He also explicitly states in his Physics that the place of an object does not move with it; on the contrary, a place has to remain and not move with the body that occupied it if one body is to replace another body in the same place. Thus, from the point of view of Aristotle’s Categories and Physics, claiming that a place is a quality is not only wrong, but a category mistake.

Kuhn made similar mistakes with respect to the role of matter as the substratum of change in perceptible objects and the scope of teleological explanation in Aristotle’s physics. I leave it to others to consider whether scientific revolutions are properly understood as paradigm shifts. I will also suspend for the moment the question of whether a set of causal principles and basic ontological commitments constitute what Kuhn calls a scientific paradigm. I do argue, however, that Kuhn was deeply wrong about the principles of Aristotle’s physics.

Click here to learn more about Aristotle’s Science of Matter and Motion.

Christopher Byrne is an associate professor in the Department of Philosophy at St. Francis Xavier University and author of Aristotle's Science of Matter and Motion

Mavis Gallant: Fighting the Get-It-All-In Syndrome
From the Archives to the Bookstore: Writing the History of the American Canoe Association Encampments