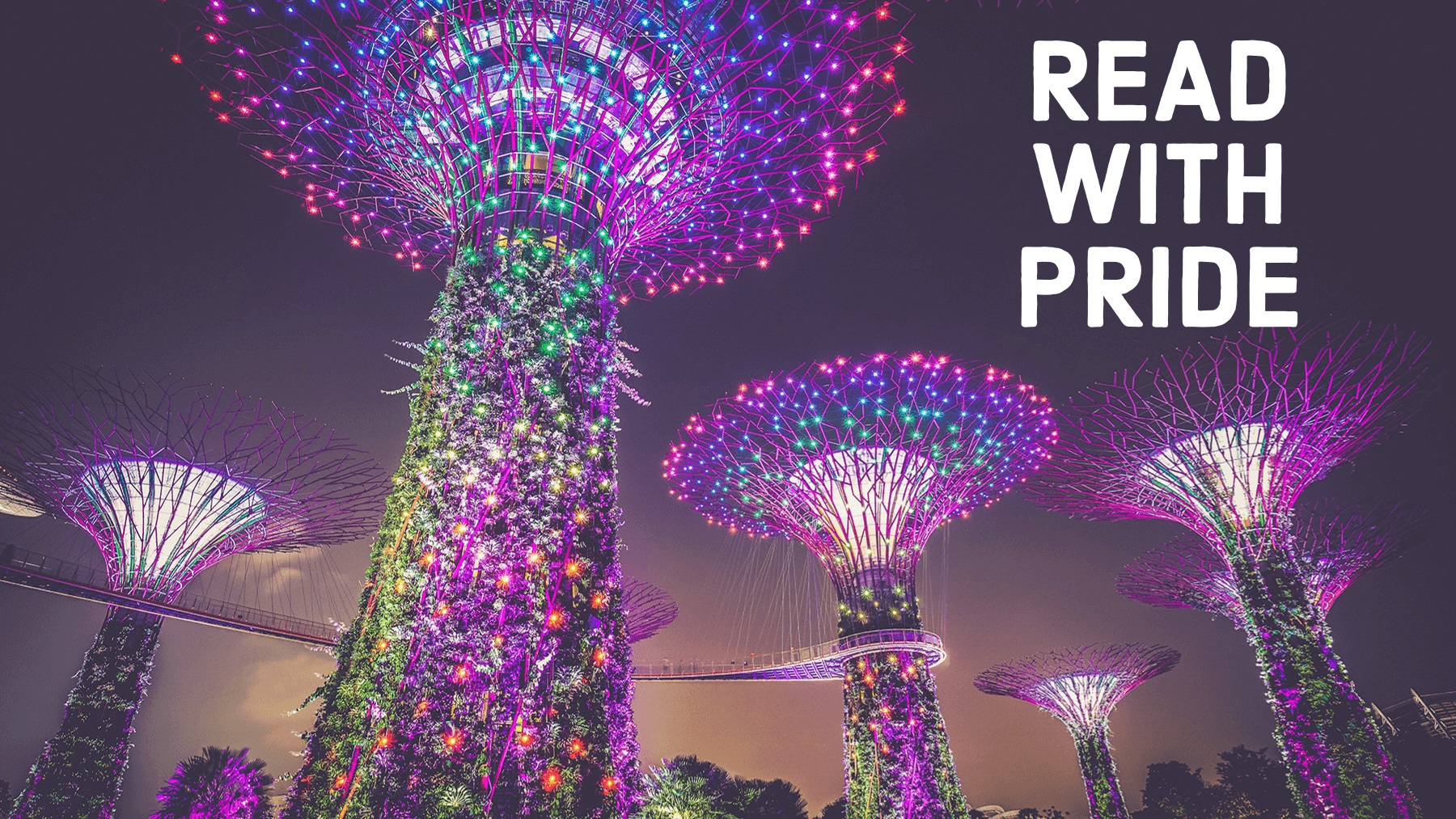 It’s Pride Month, and to celebrate we’re reaching out to some of our UTP authors and asking them to delve deeper into their books as well as share what Pride might look like this year. In this post, Robert Phillips, author of Virtual Activism: Sexuality, the Internet, and a Social Movement in Singapore, discusses the history of the LGBT movement, and in particular, examines how the movement has unfolded in Singapore over the last twenty years. 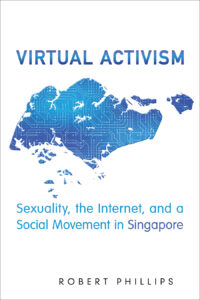 As I write this post, our world is changing quickly. Cities across the globe have been thrown into chaos borne from the financial and social uncertainties and the extended lockdown due to COVID-19. This chaos was compounded by the murder of George Floyd, an unarmed black man, by police in Minneapolis. For many, this was the last straw, and people have taken to the streets in a series of nationwide protests that in some cases have spread overseas. Critics of these peaceful protest marches have pointed out that they have sometimes been accompanied by great violence. While not excusing this violence, I cannot help but think that it is the natural result of the absolutely heartbreaking loss of life that we have seen in Minneapolis, Louisville, Atlanta, and elsewhere.

Last week I was speaking on a video call with two Singaporean colleagues, one currently based in London, the other in Singapore. While I had a pretty good idea of the answers before I posed the question, I asked if they had seen or taken part in any protests. The friend in London answered with a resounding “Yes!” explaining that he had spent a good part of the past few days on the streets. The friend still in Singapore answered that while many of his friends and colleagues wanted to take to the streets in protest and solidarity, the government had issued veiled warnings to not even think about it. Here in the West (I am writing from rural Indiana) we have many privileges not afforded others in this world, namely the right to peaceful protest.

June marks Pride Month, a commemoration of the 1969 Stonewall riots that sparked the beginnings of the LGBT Pride movement. Across the globe cities will be hosting festivals, marches, and gatherings (albeit modified due to COVID-19) of all sizes to promote visibility and equality for their LGBT residents. As a veteran of these events since the 1990s, I have come to appreciate their value, especially for young people struggling to make sense of their sexual and/or gender identities. Being able to see happy, well-adjusted, and successful LGBT individuals can be of great value to our youth and help them to adapt to a rapidly changing world. 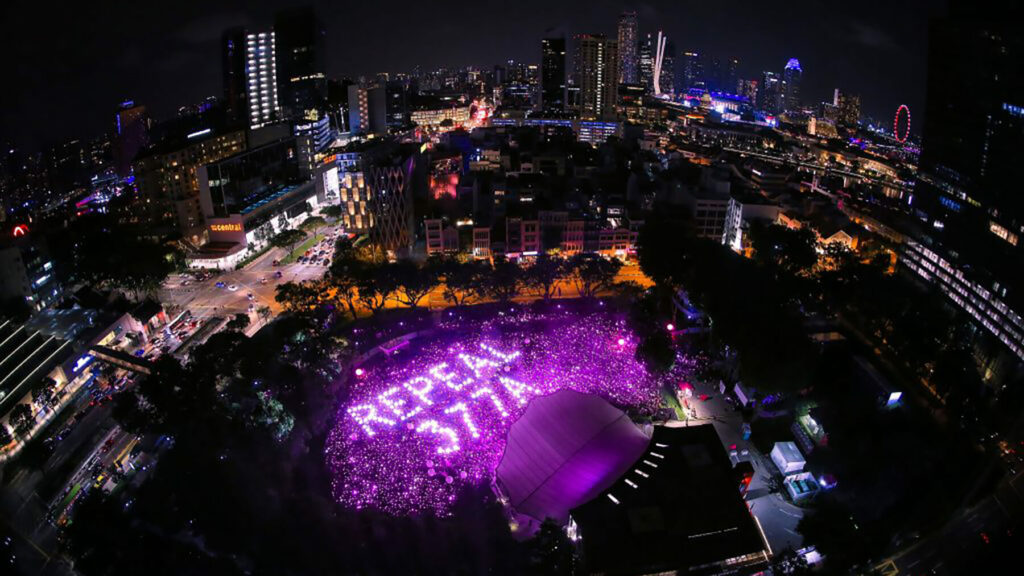 Pride Month events have been taking place globally for decades, but it was not until 2009 that the Singaporean LGBT communities were able to legally hold public gatherings. This was due to a number of factors including a blanket ban on public protests and codes in place that strongly discouraged the positive portrayals of LGBT individuals in the state-run media. More significant is the presence of Section 377A of the Singaporean Penal Code, which explicitly forbids sexual relations between consenting adult men. The Penal Code was adopted in 1871 when Singapore was a British colony and was basically identical to the 1860 Penal Code implemented in British India. When Singapore gained full independence in 1965, it maintained the Code. I should note that while 377A only applies to gay men and has only been enforced a few times in recent decades, the fact that the law exists at all affects the entire LGBT community. It was not until the early 1990s that LGBT activists began strategizing ways to remove Section 377A in hopes that eventually LGBT individuals would be accepted as full citizens under the law.

In my new book, Virtual Activism: Sexuality, the Internet, and a Social Movement in Singapore, I detail this struggle and delineate the trajectory of the efforts taking place in the city-state for full inclusion of all Singaporeans under the law. In the book, I trace the movement as it went from a two-page photocopied newsletter that was passed from person to person in the early 1990s to Pink Dot, a full-fledged public celebration of LGBT life and love that began in 2009 and continues to this day.

Because of governmental restrictions, organizers chose not to stage the event as a protest, but rather framed the event as one that promoted the freedom of all Singaporeans, including LGBT Singaporeans, to choose whom to love. The website promoting the event made sure that participants understood: “It is NOT a protest (emphasis in the original). It is a congregation of people who believe that everyone deserves a right to love, regardless of their sexual orientation.”

In the process of writing the book, it was brought to my attention that in providing a detailed analysis of the LGBT rights movement in Singapore, what I was actually doing was writing a type of pre-history of the movement – explaining how this movement, through fits and starts, came to be. As with any social movement, the LGBT movement in Singapore has taken time. As I note in the book, one of the reasons the government has used for not repealing Section 377A of the Penal Code is that it would upset and offend the older generations as well as Singaporeans who live a more “traditional” lifestyle. This is significant in that Singaporean culture is heavily influenced by Confucian thought in which conforming to societal norms is highly regarded. As such, rather than creating an outright protest, organizers chose instead to produce a family-friendly event with a focus on how family and culture are important to LGBT Singaporeans. Themes over the years have included “Focusing on our Families,” “Home,” “For Family, For Friends, For Love,” and “Where Love Lives,” among others. In doing so, LGBT organizers have attempted, somewhat successfully, to ease their fellow Singaporeans into an understanding that being LGBT is not simply about a sexual or gender preference, but rather about much bigger issues focused on family, love, and home.

One goal of this book is to help the younger generation of LGBT activists, in Singapore and elsewhere, understand that the types of activisms they are able to take part in today are built upon the trials and errors of the generations that came before. Public protests, in many instances, are able to successfully change minds and influence policy. In places where protest is not possible, events such as Pink Dot serve as a worthy substitute. These types of events, in which protest is not the main goal, are beginning to affect change in Singapore, as evidenced by the growing number of participants each year the event is held.

In a world overflowing with social media and the cultural emphasis on instant gratification, it is good to be reminded that sometimes protest does not always look like protest and that substantial cultural and societal change takes time.

Click here to find out more about Virtual Activism: Sexuality, the Internet, and a Social Movement in Singapore.

Get 50% off all Queer Studies titles until the end of June including Virtual Activism. Click here to view all the titles on sale.

Robert Phillips is an assistant professor of anthropology at Ball State University and author of Virtual Activism: Sexuality, the Internet, and a Social Movement in Singapore.