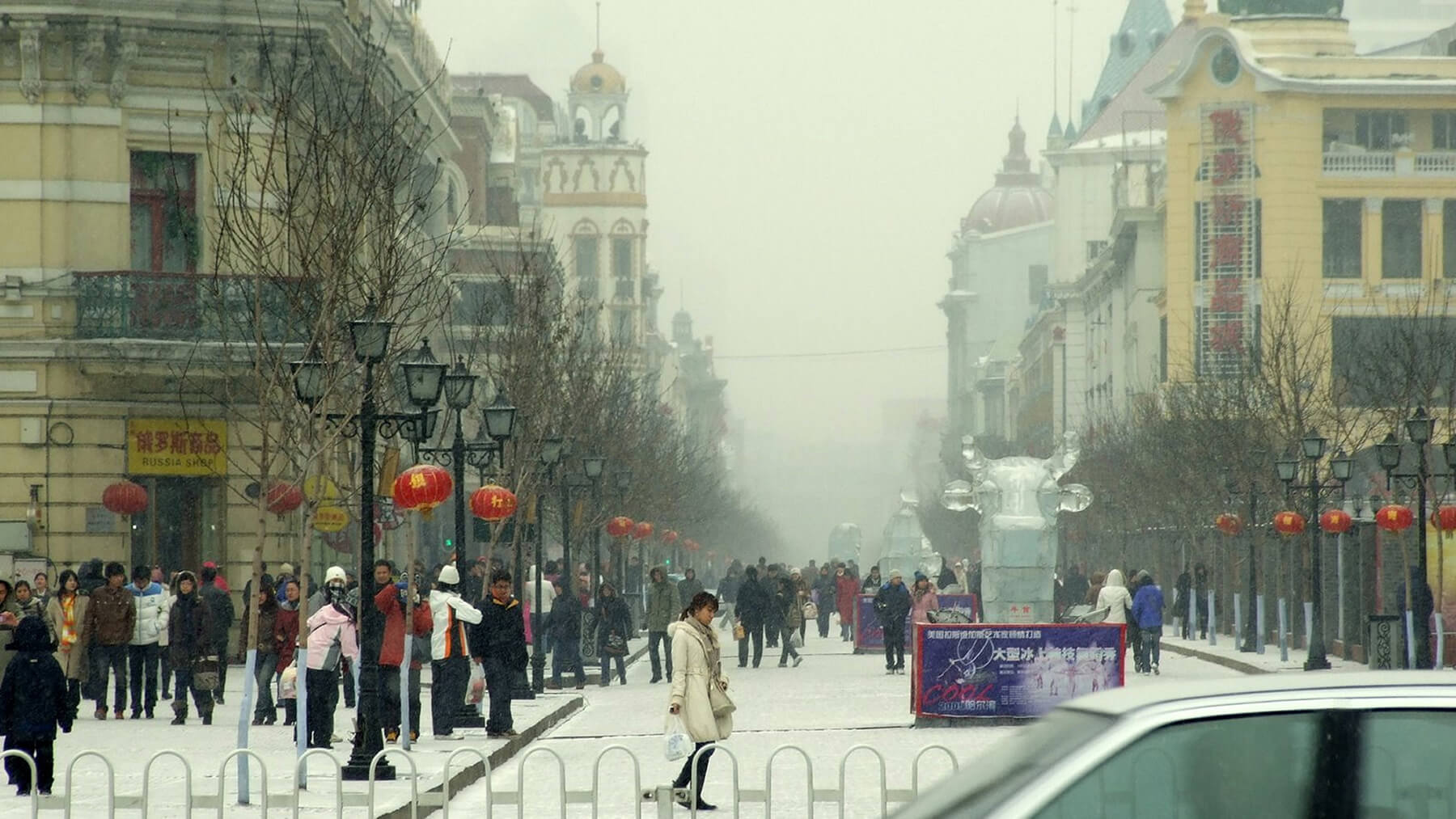 Harbin: A Cross-Cultural Biography offers an intimate portrait of early-twentieth-century Harbin, a city in Manchuria where Russian colonialists, and later refugees from the Revolution, met with Chinese migrants. In this post, author Mark Gamsa gives us a behind-the-scenes look into how his book came to life and tells us the personal story of Baron Roger Budberg, a physician who, being neither Russian nor Chinese, nevertheless stood at the very centre of the cross-cultural divide in Harbin. 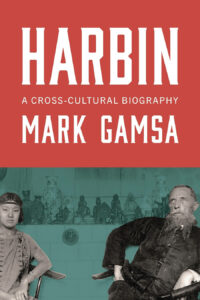 Harbin: A Cross-Cultural Biography is the product of scholarly interest and serendipity. As its subtitle indicates, it is both a history and a biography, telling two stories: the individual story of an eccentric European who aspired to become part of Chinese society in Harbin and the collective story of that city, with its Russian and Chinese societies, in the first half of the twentieth century. By and large, Harbin’s Russians rejected the idea of assimilating into China – just as most of Harbin’s Chinese kept their distance from the foreigners. The individual story is no less important than the collective, because, in flouting the norms, it is deeply revealing about them. By setting the history of a newly-founded city in Manchuria side by side with a person’s life, the book encourages reflection not only on the city and the main protagonist, but also on omnipresent and pressing issues of the twentieth century such as migration, the loss of roots, and the reinvention of identity.

If you came across this blog post by chance and are, not unexpectedly, unfamiliar with the geography of Northeast China or the history of Russian emigration, I should probably begin by explaining that my book is not the biography of someone called Harbin. Though “Harbin” may look vaguely like a Russian surname (look, but not sound: contrary to surnames such as Pushkin, or Putin, it is accented on the last syllable), it is a city in China. Today, Harbin is the capital of China’s northernmost province, Heilongjiang. But it does have a strong Russian connection: under the last Tsar, Nicholas II, in 1898, it was founded in Chinese territory to support Russia’s construction of the Chinese Eastern Railway, an extension of the Trans-Siberian.

Russian subjects enjoyed concession-like privileges in Harbin until 1920. A Russian municipal council ran the city’s affairs and the infrastructure of a Russian society beyond Russia’s borders had emerged, complete with newspapers, schools, hospitals, and theatres. Harbin offered many possibilities for employment, business, and education and thus was also a magnet for Chinese migrants from northern China. By the 1920s the Chinese were the majority in the city, residing not only in the suburb then called Fujiadian, which had remained under Chinese jurisdiction all along, but in all the city’s quarters, and they, too, had developed their own institutions. But the city’s makeup had altered in another crucial sense: after the October Revolution and especially following the defeat of the White Army in the Russian Civil War, Harbin became one of the places to which Russians fled from Bolshevik rule. Rather than colonialists, Russians in Harbin were from now on refugees and émigrés.

“Russian” Harbin included not just ethnic Russians but also Ukrainians, Jews, Poles, and members of the other nationalities of tsarist Russia; similarly, “Chinese” Harbin also included Manchus, Koreans, and Mongols. The Japanese stood apart from these two societies. Their victory in the Russo-Japanese War in 1905 had already given them a colonial springboard in southern Manchuria, and in 1931 the Japanese army occupied the entire region and soon established a puppet state there, Manchukuo. In the 1930s many Russians from Harbin repatriated to Soviet Russia, moved to other cities in China (above all Shanghai) or immigrated again to other countries. Japanese rule lasted until the end of the Second World War. In the summer of 1945, the Soviet army occupied Harbin (and the whole of Manchuria) but left the following year. When the Chinese Communist Party took over in 1949, the Russians were just a small minority in Harbin. Almost all of them left China in the 1950s, whether of their own free will or after being pressured to depart by the country’s new authorities.

The idea of researching the history of the half-century-long Russian presence in Harbin came to me when I first visited Harbin during the year I spent studying in China. Born in Latvia when it was part of the Soviet Union, I had Russian as my native language (because of immigrating to Israel, my second language became Hebrew); it seemed to make sense to try to combine that background with my recent initiation into Sinology. It was the winter of 1996. Harbin with its fragile Russian relics – a few dilapidated churches, words in a Sino-Russian pidgin that old people still remembered, stories they told, and food that seemed like the sinicized memory of Russia – was charming in the snow and the fierce cold; the idea, as well as the city, never let go. So I made the “Russian-Chinese encounter in Harbin” the subject of the doctoral dissertation I wrote at the University of Oxford. And it must have been in my second year while looking for sources on bandits in Manchuria (nicknamed hong huzi, “redbeards” in Chinese, they greatly troubled the Russians, who called them khunkhuzy), that I came across the name of Baron Roger Budberg: an old bibliography listed a German article by him on this subject from 1910.

I found and read it (thanks to my Riga-raised, German-speaking grandmothers, I had a grasp of the language and could get help with more difficult texts) and was surprised to hear the voice of a foreigner in Harbin who, untypically, admired the Chinese; it was just as obvious that he disliked the Russians. The next topic I turned to was the epidemic of pneumonic plague that ravaged Manchuria twice, in 1910 and 1920. Here again, Baron Budberg popped up: in a German internet portal for antiquarian books, I discovered that this physician, who was involved in combatting both epidemics, had written a richly illustrated history of these dramatic events, focusing on Russian-Chinese relations in their midst. Although I could find no copies in libraries in the United Kingdom, a shop in Hamburg, the city where the book was published in 1923, offered it at a bargain price. Getting that book changed the whole course of my research: here was a totally forgotten author, a Baltic German, who came to Harbin as a Russian subject during the Russo-Japanese War and stayed there for twenty years until his death; someone who married a Chinese woman, learned Chinese, and adopted Chinese ways. Everything I knew about Harbin indicated that Budberg was highly exceptional and thus a fascinating case in all these respects – though his idealization of China was mirrored by an ingrained bias against Russia.

I then began collecting everything by Budberg that I could lay my hands on: the next rarities I discovered were two books by him in Russian, which he published in Harbin, the memoir of two arrests and trials under charges of espionage and a short account, fittingly titled On Life, of his philosophical and religious views, in which West and East merged. The British Library had copies of both books and I started travelling to London twice a month by “coach,” the double-decker bus, to read them. In the next research trip to Harbin that I made from Oxford, I was naively determined to find Budberg’s traces there. I knew that he and his Chinese wife had a daughter, whom they gave the unique name Zhong-De-Hua, meaning a Chinese-German flower. With Budberg’s love for China in my mind, I imagined that his daughter stayed in Harbin. Perhaps, I might even meet her. Yet raising Budberg’s name in conversations with Chinese colleagues produced no result: even historians of medicine had never heard of him. I paced back and forth along the street that was the Budbergs’ last Harbin address, but their house had been demolished long ago. So was the cemetery. No one could tell me what happened to “the Chinese-German flower”.

The answer came from a very different direction. The genealogist of the Courland Knighthood, to which the Budberg family belonged, informed me that Baron Budberg’s daughter married a White Russian officer and immigrated with him to Belgium in 1927. Before leaving Oxford, I tried to put what knowledge I had about Budberg’s life in Harbin into the dissertation I submitted in 2003. In an article in the journal Past & Present (published already after I returned to Israel and began teaching in Tel Aviv University), I explained why his insider’s perspective on the plague epidemics was especially valuable. But then the real breakthroughs happened: in summer 2005, Budberg’s grandson allowed me to visit him in Liège. Over three days, he showed me the photographs and objects that his late mother had brought with her from Harbin and told me the story of his parents’ emigration. Nothing in my academic career has been as moving as that meeting. However, I soon became engrossed in my teaching duties and in other writing. The “Harbin project” had to be shelved until March 2009, when I located and contacted by email a grand-niece of Budberg’s, a professor of sociology in Chile. Much to my astonishment (both that such sources existed and, even more, at the generosity and trust of their keepers in making them available to me), I immediately received scans of an unpublished family memoir by Budberg’s sister along with Budberg’s letters to her from Harbin over twenty years. Photographs from family albums followed.

That was the moment when I realized that I had treasures in my hands. I had to write a book exploring the history of Harbin through the prism of Russian-Chinese relations, and using the precious material by and about Baron Budberg that I had discovered and obtained. I was familiar with his Baltic and Manchurian landscapes and through my research, I got to know them better. The main challenge was to decide on the structure and strike the right balance and tone. Fortunately, I had friends who, infected by my enthusiasm for this investigation, helped me in many ways. Still, it took me much longer than anticipated to finish the book, and rejection of the project by various academic publishers almost made me give up at times. I knew I would no longer be confronted by editors’ boilerplates and had come to the right place once Stephen Shapiro, the acquisitions editor at University of Toronto Press, actually read the rough typescript I had sent him and made thoughtful comments on it. I am very pleased with the way the book has turned out and I hope that it will attract readers interested in both history and biography.

Click here to find out more about Harbin: A Cross-Cultural Biography

Image Below: Mark Gamsa (seen with a copy of Baron Budberg’s memoirs, at a lecture about him in the National Library of Latvia in Riga) teaches modern Chinese history at Tel Aviv University. He is also the author of two monographs on the translation and reception of Russian literature in China and a textbook on the history of Manchuria. CC: Kristiāns Luhaers, National Library of Latvia, December 2019

Mark Gamsa is an associate professor in the School of History at Tel Aviv University and author of Harbin: A Cross-Cultural Biography.

Semiotics: The Study of Meaning (Part 1)
From Exclusivity to Inclusivity: Making Archaeology an Equitable Profession