Home > Blog > The Need for Employers to Recognize and Reduce Ageism 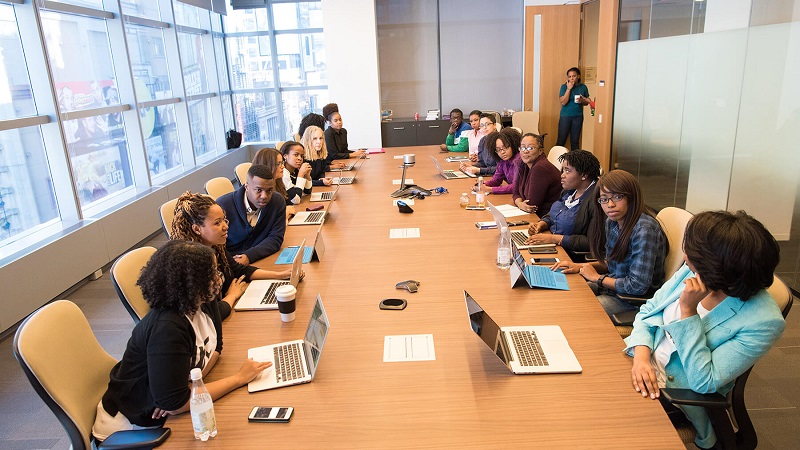 The Canadian population is aging, bringing with it an increasing number of social and economic challenges, including an aging workforce. In her new book, Ageism at Work: Deconstructing Age and Gender in the Discriminating Labour Market, Ellie Berger explores the subjective experiences of older workers in Canada and examines employers’ attitudes towards older workers quantitatively, while also exploring their first-hand accounts about them through qualitative inquiry. In the first of two blog posts, author Ellie Berger discusses some of those first-hand accounts and provides suggestions for employers to help reduce ageism in their organizations.

Ageism in the labour market is a topic that has been increasingly gaining momentum in recent years with the aging of the Canadian population. In addition, the employment context has changed drastically in the last year as a result of the COVID-19 pandemic. People are increasingly working from home, the need for paid sick leaves has been amplified, organizations have been forced to downsize and as a result let go of their most expensive (and often older) workers, and the increased demands on women in particular have been heightened. Even in the best of times, once unemployed, older workers have the hardest time finding work due to ageism in the labour market. My research studies presented in Ageism at Work provide a rare glimpse into the ideologies held by employers and the ensuing consequences faced by older workers as a result. I conducted surveys and interviews with employers and older workers at various points in time and discovered that ageism is very much at play in the workforce.  As a result of these ageist attitudes, practices, and the growing number of older workers who are staying in the labour market longer, we can expect to see an increase in age discrimination complaints in the coming years if employers do not change their behaviours. This blog post will highlight some of the areas where I found ageism and provide suggestions for employers to help reduce ageism in their organizations and avoid age discrimination lawsuits in the future. In another blog post I will focus on what older workers can do to counteract ageism.

After surveying employers across Canada from a range of industries, I found that attitudes toward older workers varied depending on company size, employers’ age, and employers’ gender, with older females from smaller companies having the most positive views. Following this national survey, I decided to talk to employers firsthand and interview them about their views regarding older workers and the aging workforce in general. While employers expressed positive views in some areas, such as loyalty, dedication, and reliability, negative views surfaced with respect to their practices related to retaining, training, promoting, and especially hiring older workers. Employers told me that individuals over the age of forty-five, and particularly those over the age of fifty-five, must be “exceptional” in order to be hired. Negative views were related to perceptions around older workers and technology, productivity, training, flexibility, and financial costs often related to fears about being “stuck” with older workers as a result of the elimination of mandatory retirement. While generally unaware of this, employers often used an ageist discourse with older workers, such as telling them they were “overqualified,” or that they would not “fit in” to the “fast-paced” organizational culture. They even discussed reviewing older workers’ résumés for signs of age and discarding those with earlier graduation years, for example. Once an interview took place, employers would physically assess a potential job candidate’s age and one even stated, “When you’re sitting down and you invite someone into an interview room … you start watching their physical abilities… if someone’s looking creaky and shaky … you don’t hire them.” Here the intersection of ageism and ableism suggests that being in poor health can make one appear older and consequently less desirable to an employer.

Ageism also intersects with sexism in the labour market. Women are often seen as older at younger ages than men and may have gaps in their work history as a result of caregiving, which can penalize them with respect to one of the few strengths associated with older workers – that of experience. In addition, gendered ageism often came into play when physical appearance was assessed; wearing “young-looking clothes” enabled men to be considered “youthful” and “hip,” whereas women who did this were considered “cougars” or deemed to be dressing in their “daughter’s clothes.” Furthermore, attractiveness was tied to youth for women in particular. For example, when explaining why he tended to hire younger workers, one employer stated, “They [restaurant clientele] want to see young, pretty girls. Generally in food services people want to be served by younger pretty staff because they are easy on the eyes. They don’t want to have older wait staff who are also worn out and not as friendly. … People don’t want non-attractive people serving them, and the older we get the less attractive we become.”

In this blog post, I have provided a few examples of what constitutes ageism. There are many other examples that arose during the course of my research with employers and older workers that are spelled out in Ageism at Work. Employers need to be made aware of what constitutes ageism to avoid age discrimination lawsuits and improve the employment outcomes for older workers. More education is needed for employers, managers, human resource professionals, and workers of all ages. Diversity and sensitivity training in workplaces needs to start including age as a variable and look at the intersection between ageism and sexism. Programs should focus on preventing ageist attitudes and practices with respect to hiring, training, promoting, and retaining older workers. For example, policies that are intended to be age-neutral, such as offering training to workers, could still result in ageist practices if managers are only selecting younger workers to engage in training programs. Ageist language in job advertisements (e.g., “digital natives”) and interview settings needs to be avoided. Further, only offering health benefits to workers under the age of 65 is now seen as an ageist practice after the Talos v. Grand Erie District School Board case. Whether or not employers are aware that their language is in fact ageist, there are ramifications to their actions.

In addition to being educated about ageism, employers need to develop innovative programs and practices that target workers of all ages. These organizations can be rewarded with “Best Employer” or “Age Friendly” awards, which will encourage other workplaces to follow suit. Practices that include reciprocal mentoring, where older workers pass on their experience to younger workers and younger workers pass on their knowledge of technology, for example, can be used. Age friendly practices could also include the ability to restructure work when necessary, work flexible hours, work from home, and provide paid leaves for health or caregiving – most of which have increased in importance for workers of all ages during the pandemic.

With the aging of the workforce, retaining and recruiting older workers will become critical and reducing ageism and making workplaces more age friendly should be at the forefront of employers’ policies and practices. Ageism at Work provides a glimpse into some of the areas where ageism is occurring and provides recommendations on how to improve issues of ageism in the future. Employers need to take advantage of the strengths that older workers can bring to their organizations and it is only by critically examining their own policies and practices in the current employment landscape that this will be able to occur.

Click here to find out more about Ageism at Work: Deconstructing Age and Gender in the Discriminating Labour Market.

Ellie Berger is an associate professor in the Department of Sociology & Anthropology at Nipissing University.