Home > Blog > Can You Afford to Be an Art Worker? 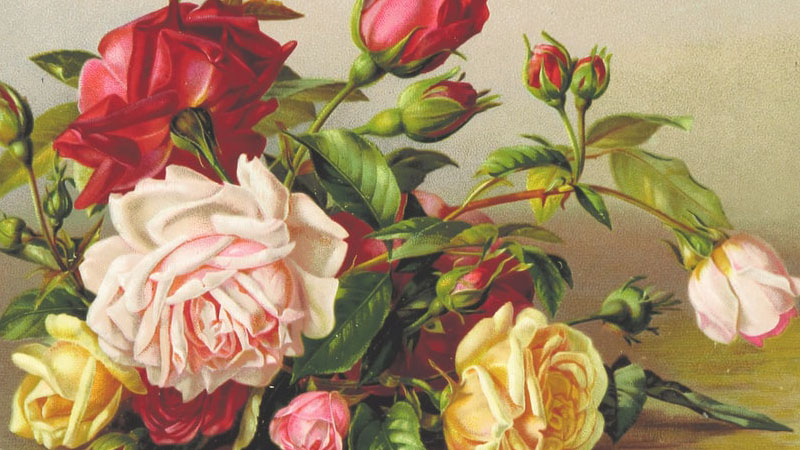 The pandemic has affected many industries and artists are no exception to this, since many people in creative/artistic fields have been suffering financially. In this blog post, UTP author Katja Praznik discusses one of the main questions that drove her to write her book Art Work: Invisible Labour and the Legacy of Yugoslav Socialism: Why should artists not be paid and have the same labour rights as any other kind of worker?

Recently, when I opened my email, an interesting sequence of subject lines and titles awaited me in my inbox: “More and More Cultural Workers on the Brink of Survival” – “Are you For Sale?” – “Fair Pay for Artists: Exhibition Payment Symposium.” The first one was an article featured as the first piece in an editorial newsletter of a newspaper in Ljubljana, Slovenia that discussed a recent report about the effects of the pandemic on workers in the arts and in the creative sector. The poverty among art workers is increasing, with more than half of them considering giving up their profession, divulged the article. The second email was from a university colleague who sent me a link to a feature published in a mainstream US newspaper about a podcast. The author, choreographer Miguel Gutierrez, begins the first episode by recounting how professional dancers are not getting paid for dance and have to make a living by doing other kinds of non-artistic jobs, from working as strippers to Pilates or yoga instructors, etc. The third one offered an antidote and a sigh of relief. At the end of September in Helsinki and streamed also online, a symposium organized by several international and national artists associations discussed income models for visual artists that are based on paying the labour of artists rather than relying on artists selling works of art (objects).

The three titles deftly address some of the key topics of my book Art Work: Invisible Labour and the Legacy of Yugoslav Socialism where I narrate the history of the territory that once was socialist Yugoslavia through the lens of artists who have found themselves “on the brink of survival” just like many other artists across the globe. Why they are (no longer) getting paid for their labour, which appears to have become invisible, and why they lack workers’ rights are two central questions that lead my story. Art work in socialist Yugoslavia, I argue, came under the spell of a shiny but very problematic aura, one with which artists who never lived in a socialist country tend to be quite familiar. It is the aura that turns the labour of an artist into an act of creation that presumably comes effortlessly from the inner depth of the creative self. The labour of an artist is neither seen nor defined as work. It is not work, it is creation. The visibility of an artist is her invisibility as a worker. Thus, the concept of good working conditions doesn’t apply and neither does fair payment. Quite the contrary: it becomes suspicious if you get paid for doing art work. Art work, some might argue, is “not for sale” and thus artists having second “real” jobs is completely normal and acceptable. Getting paid for what you do is considered by some as selling out.

There is a price to be an artist after all. To boot, there was the fourth email further down in my inbox. It contained a copy of the book The Creativity Hoax, in which authors explain how the inflated idea of creativity became a key term of neoliberal ideology and how it is abused today to make workers more exploitable. Emphasizing the creative aspects and vocational realization, the glow of creativity tricks particularly younger generations in the developed first-world countries into miserable, unstable, or to use a more euphemistic term, flexible working conditions. The process and deterioration of working conditions and security for artists is precisely the story that also took place in socialist Yugoslavia, and in this story freelance artists were an exemplary case. But what is interesting in the Yugoslav case is that what deteriorated first was not necessarily the payment itself but the idea that artists are workers and therefore it was easy to take away the workers’ rights (sick leave, maternity leave, etc.). As Art Work details, Yugoslav cultural policy during early stages of socialism protected art workers and their labour and social rights. However, shifts in economic policies during the 1970s that emphasized market logic played on ideas of art as realm of freedom and creativity. This in turn made it easier to separate artists as workers and artists as creative individuals and restructured working conditions of artists. The conditions for art work were no longer based on welfare, social security, and workers’ rights and leaned toward models based on self-employment that turned art workers into socialist entrepreneurs with much lower incomes and access to less or no social security and labour rights.

The call for “fair pay for artists” then seems like a remnant of a labour discourse returning from a socialist past, but one that became increasingly popular and necessary in the past two years across the globe. Initiatives and campaigns that call for fair payment for the labour of artists abound, and Art Work explains why this is significant. If artistic labour is not recognized as work, and artists as workers, then exploitative working conditions are not far away.

You might be familiar with the feminist argument and critique of women’s work as unrecognized labour – that is a quintessential form of invisible labour. Because my argument is that artists experience a similar kind of invisibility of their labour, I decided to make a comparison between the two. But while one form of invisibility invokes the other and the parallels are striking and obvious, this comparison between women’s work and art work is also interesting in terms of the differences it reveals and the nature of art work’s invisibility. When people say art is not recognized as labour, people think “well of course not,” whereas with women they will often say “true.” If we address the issue of unpaid domestic labour, women benefit, but with art it becomes complicated precisely because calling artists workers and considering them from a labour point of view appears to take away the only reward that artists often get – admiration that they are exceptional, and exceptionally creative. But why should they then not be paid and treated as workers with labour rights?

This is one of the key questions that drove me as I was writing Art Work and that maintains me in my quest to untangle the paradoxical yet exploitative nature of art work. When I argue that artists should be paid for their labour (the process) including workers’ rights and not merely for the results (may this be a book, a film, a piece of music, public art, a play, an installation, a performance etc.), I often get the following retort: “If we were to pay the artists then there would be too much bad art, or what about the bad artists?” But we paying and granting labour rights to other comparatively similar intellectual work even when it is performed poorly or if the outcome is not necessarily good/positive/successful. Is a doctor not paid when the patient dies on the operating table? Is the lawyer not paid when they lose a case in court? Is a professor not paid when a student doesn’t pass the exam?

If art work is recognized as labour, as I argue in Art Work, it becomes a strategic political tool that can help artists demand and struggle for workers’ rights and fair payment – it doesn’t take away from the excellence of their work. Quite the contrary, artists today are increasingly recognizing that labour discourse is their solution. The “Fair Payment for Artists Symposium” being the case in point. However, while it appears that there is a growing pressure to finally accept that artists need to be paid for their work and that they can’t rely merely on selling works of art, there is a danger to reduce workers’ rights to fair payment. The problem of invisible artistic labour and the paradox of art as a labour that is not recognized as such, I argue in Art Work, is not merely the lack of payment but the exploitative working conditions.

Katja Praznik is an associate professor in the Department of Media Study/Arts Management Program at the State University of New York at Buffalo.

How Has University Press Publishing Changed?
Bella Coola and After