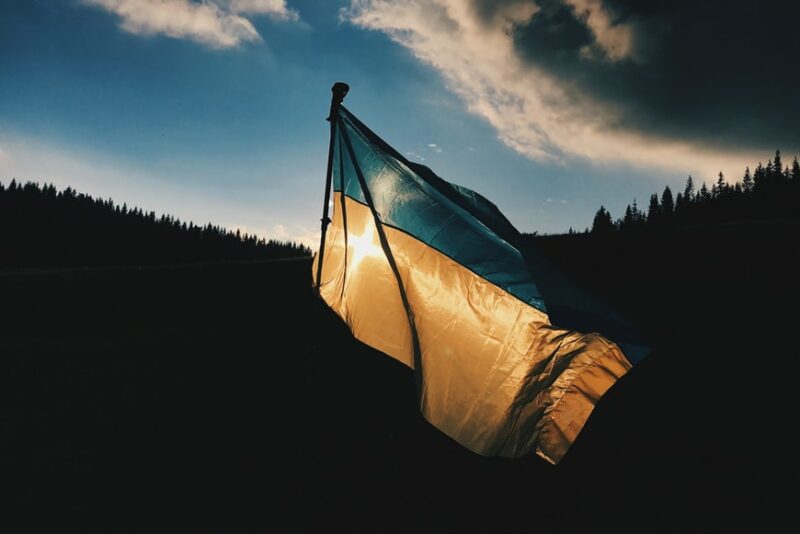 The recent Russian invasion of Ukraine has once again shown the importance of understanding Ukrainian history and current affairs. While the political relationship between Ukraine and Russia has always been an important issue, they are only a small slice of Ukrainian politics, society, and culture. The ten books recommended below cover a wide range of topics important to contemporary Ukraine.

A History of Ukraine: The Land and Its Peoples, Second Edition

First published in 1996, A History of Ukraine quickly became the authoritative account of the evolution of Europe’s second largest country. In the second edition, chapters cover the Crimean Khanate in the sixteenth and seventeenth centuries, the Italians of the Crimea and the Black Death, the Karaites, Ottoman and Crimean slavery, Soviet-era ethnic cleansing, and the Orange Revolution. Comprehensive, innovative, and geared towards teaching, the second edition of A History of Ukraine expands our conception of the Ukrainian historical narrative.

Ukraine and Russia: Representations of the Past

The question of where Russian history ends and Ukrainian history begins has not yet received a satisfactory answer. In Ukraine and Russia, Serhii Plokhy discusses many questions fundamental to the formation of modern Russian and Ukrainian historical identity. He investigates the critical role of history in the development of modern national identities and offers historical and cultural insight into relations between the two nations. Plokhy shows how history has been constructed, used, and misused in order to justify the existence of imperial and modern national projects, and how those projects have influenced the interpretation of history in Russia and Ukraine.

Forging a Unitary State: Russia’s Management of the Eurasian Space, 1650–1850

Covering two centuries of history, Forging a Unitary State is a comprehensive account of the creation of what is commonly known as the “Russian Empire,” from Poland to Siberia. In this book, John P. LeDonne demonstrates that Russian imperial leaders aspired to create not an empire but a unitary state defined by an obsessive emphasis on centralization and uniformity. The standardization of local administration, the judicial system, tax regime, and commercial policy were carried out slowly but systematically over eight generations, in the hope of integrating people on the periphery into the Russian political and social hierarchy.

The tumult of Ukraine’s Orange Revolution and its aftermath exposed some of the deep political, social, and cultural divisions that run through the former Soviet republic. Examining Odessa (Odesa in Ukrainian), the Black Sea port that was once the Russian Empire’s southern window onto Europe, Kaleidoscopic Odessa provides an ethnographic portrait of these overlapping divisions in a city where many residents consider themselves separate and distinct from Ukraine. Tanya Richardson draws on her participation in history lessons, markets, and walking groups to produce an exemplary study of urban ethnography.

Superfluous Women tells the unique story of a generation of artists, feminists, and queer activists who emerged in Ukraine after the collapse of the Soviet Union. With a focus on new media, Zychowicz demonstrates how contemporary artist collectives in Ukraine have contested Soviet and Western connotations of feminism to draw attention to a range of human rights issues with global impact. Mapping out several key changes in newly independent Ukraine, she traces the discursive links between distinct eras, marked by mass gatherings on Kyiv’s main square, in order to investigate the deeper shifts driving feminist protest and politics today.

Yuri Andrukhovych is one of Ukraine’s preeminent authors and cultural commentators. My Final Territory is a collection of Andrukhovych’s philosophical, autobiographical, political, and literary essays, which demonstrate his enormous talent as an essayist. This volume broadens Andrukhovych’s international audience and will create a dialogue with Anglophone readers throughout the world in a number of fields including philosophy, history, journalism, political science, sociology, and anthropology. My Final Territory showcases Yuri Andrukhovych’s unique voice and provides insight into Ukrainian experience of nationality and identity.

In Total Wars and the Making of Modern Ukraine, 1914–1954, George O. Liber argues that the continuous violence of the world wars and interwar years transformed the Ukrainian-speaking population of East Central Europe into self-conscious Ukrainians. Wars, mass killings, and forced modernization drives made and re-made Ukraine’s boundaries, institutionalized its national identities, and pruned its population according to various state-sponsored political, racial, and social ideologies. In short, the two world wars, the Holodomor, and the Holocaust played critical roles in forming today’s Ukraine. A landmark study of the terrifying scope and paradoxical consequences of mass violence in Europe’s bloodlands, Liber’s book transforms our understanding of the entangled histories of Ukraine, the USSR, Germany, and East Central Europe in the twentieth century.

Energy has been an important element in Moscow’s quest to exert power and influence in its surrounding areas both before and after the collapse of the USSR. With their political independence in 1991, Ukraine, Belarus, and Lithuania also became, virtually overnight, separate energy-poor entities heavily dependent on Russia. The Politics of Energy Dependency explores why these states were unable to move towards energy diversification. Through extensive field research, Margarita M. Balmaceda reveals a complex picture of local elites dealing with the complications of energy dependency and, in the process, affecting the energy security of Europe as a whole.

Ukrainian Women Writers and the National Imaginary: From the Collapse of the USSR to the Euromaidan

Since the collapse of the Soviet Union, the Ukrainian literary world has not only experienced a true blossoming of women’s prose, but has also witnessed a number of female authors assume the roles of literary trendsetters and authoritative critics of their culture. In this in-depth study of how Ukrainian women’s prose writing was able to re-emerge so powerfully after being marginalized in the Soviet era, Oleksandra Wallo examines the writings and literary careers of leading contemporary Ukrainian women authors, such as Oksana Zabuzhko, Ievheniia Kononenko, and Maria Matios. Her study shows how these women reshaped literary culture with their contributions to the development of the Ukrainian national imaginary in the wake of the Soviet state’s disintegration.

Gender, Politics and Society in Ukraine

Gender, Politics, and Society in Ukraine is the first collection to examine how political, social, and economic transitions in post-Communist Ukraine have transformed gender roles and relations within the country. Leading Western and Ukrainian scholars and practitioners address a wide range of effects associated with and reinforced by these transitions – including the breakdown of the general welfare system, the lack of progress in the development of the healthcare system, gender inequality in political representation, the patriarchal nature of nation building, human trafficking, domestic violence, changing conceptions of fatherhood and masculinity, homelessness, and LGBTQ issues – from a variety of methodological and disciplinary perspectives.

Blood of Others: Stalin’s Crimean Atrocity and the Poetics of Solidarity

In the spring of 1944, Stalin deported the Crimean Tatars, a small Sunni Muslim nation, from their ancestral homeland on the Black Sea peninsula. The gravity of this event, which ultimately claimed the lives of tens of thousands of victims, was shrouded in secrecy after the Second World War. What broke the silence in Soviet Russia, Soviet Ukraine, and the Republic of Turkey were works of literature. Blood of Others presents these works as vivid evidence of literature’s power to lift our moral horizons. Rory Finnin provides a compelling and timely exploration of the ideas and identities coursing between Russia, Turkey, and Ukraine – three countries determining the fate of a volatile and geopolitically pivotal part of our world.

Canada, China, and the Olympics
Strategic Control, Sam Brannan, and the Connected Car