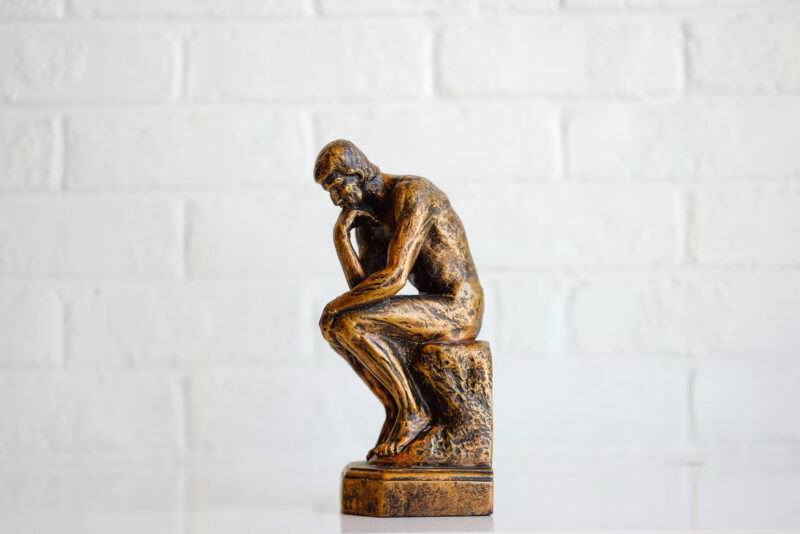 “… I wanted my lecture to be grounded in anthropology but speak to philosophers. A stereotype of philosophy is that its subject is concepts, whereas it has been said (by Tim Ingold) that anthropology is ‘philosophy with the people in.’” UTP author Michael Lambek recently gave us us some wonderful and informative answers about his book Concepts and Persons.

Can you tell us about the Tanner Lecture and why you decided to speak on the topic of Concepts and Persons?

The Tanner Lecture is a prestigious event hosted annually at a number of universities. I am an anthropologist but I was invited to deliver the lecture by the Department of Philosophy at the University of Michigan. So I wanted my lecture to be grounded in anthropology but speak to philosophers. A stereotype of philosophy is that its subject is concepts, whereas it has been said (by Tim Ingold) that anthropology is “philosophy with the people in.” Actually, anthropologists have recently begun to think harder about concepts, while philosophers have long considered people as well. Putting the two together – looking at how people deploy concepts as well as how concepts describe and shape persons – was a way for me to create a kind of conversation between the disciplines, a mutual acknowledgment. I also argue that our relations with concepts can be compared to our relations with persons; we develop specific attachments to them, we exercise judgment with respect to our acknowledgement of both, and we are also susceptible to treating them badly or infelicitously.

What do you hope the impact of having your lecture in book form will be? What do you want readers to take away or understand about the intersection of anthropology and philosophy?

A discrepancy between the two disciplines has been that while philosophers often see their job as one of clarifying mistakes in western thought, anthropologists, myself included, work to show the rationality in non-western systems of thought. One contribution of philosophy has been Gilbert Ryle’s articulation of category mistakes, in which thinkers mistakenly try to compare, relate, or distinguish two things as if they were of the same logical type or order, or simply commensurable with one another, when in fact they are not. Ryle famously addressed the mind/body problem in this way. In my lecture I describe a young man on the island of Mayotte (in the western Indian Ocean) where I have conducted fieldwork for many years, who described himself as unable to move forward after the death of his mother, prevented from doing so by angry spirits who once possessed his mother. I argue that his impasse could derive in part from a category mistake on his part, a confusion between two incommensurable concepts of “spirits” that are found in Mayotte. In other words, I suggest that concepts developed within the discipline of philosophy help anthropologists to understand and formulate descriptions of what they observe going on in the world. What anthropologists in turn offer philosophers is real-world circumstances and dilemmas rather than the hypothetical ones they tend to pose as well as introducing them to new or foreign concepts as contextualized within particular systems of thought or forms of life.

An additional contribution from philosophy that I draw upon in the lecture is Elizabeth Anscombe’s conceptualization of “putting under description.” Any given human act can be put under multiple descriptions (with respect, for example, as to whether and to what end it is intentional). It seems to me that what I observe in the course of my ethnographic fieldwork is largely people putting things under description, often in terms originally foreign to my own, such as describing a particular act or condition as one of sorcery rather than, say, as bad luck. What I in turn describe then is those acts of description, including local debates or conflicts over an appropriate description for a given act, event, or set of circumstances, over what, as Wittgensteinians put it, we – or rather, they – say when.

Following the Tanner format, the original text of the lecture was pre-circulated to three distinguished commentators – here Jonathan Lear, Sherry Ortner, and Joel Robbins – who were selected by my hosts and who presented their responses on the day following the lecture. They had already been pre-circulated to me so that I could prepare my response in turn. The notes were included in the original text, not added later. They are lengthy because my lecture was ambitious and I had too much to cram in. In addition, I wanted to acknowledge predecessors and contemporaries whose ideas I have drawn upon or who have developed arguments similar to or supportive of mine, for example, W. B. Gallie’s classic paper on what he called “essentially contested concepts,” but also many other thinkers whose work I want to bring into the conversation. The three commentators challenged me to think harder about my ideas and I hope that is evident in my responses to them, which were presented at the time, but which grew and matured as I began preparing the manuscript for publication. By prior agreement with the commentators neither the lecture itself nor their responses were changed from the original version.

What was the most challenging or surprising aspect of working on this project?

It was a challenge to develop the confidence in my ability to produce a lecture up to the standards of the Tanner. The only two anthropologists to precede me in delivering the lecture at Michigan were Clifford Geertz and Marshall Sahlins, both of whom I admire immensely and both of whom have been much more influential in the discipline than I could ever be. One of the things I did to prepare was to read prior Tanner lectures, including theirs, and references to some of those lectures are also in the notes. Most surprising to me was discovering that in large part I was mediating the ideas of Claude Lévi-Strauss and Clifford Geertz that had been juxtaposed in my education almost 50 years earlier such that their respective positions were perceived to be distinctly opposed to one another. I hope my work may show how they are not.

What was your experience working with the editor/editors of Concepts and Persons?

This is not the first book I have worked on together with my editor, Jodi Lewchuk. She is remarkably supportive and insightful, while always maintaining high standards. People have told me they admire the cover and she certainly had a hand, or rather an eye, in resolving my indecision about it. I am working on my next book with Jodi as well and I am also the academic editor of the Anthropological Horizons monograph series that she runs so ably for the press. So we have an excellent working relationship. More generally, UTP maintains some of the very highest standards in academic publishing with respect to all stages of review and production.

Michael Lambek is a professor emeritus of anthropology at the University of Toronto Scarborough. He held a Canada Research Chair in the Anthropology of Ethical Life, and was elected a fellow of the Royal Society of Canada in 2000.

Shoes and the Celebrity Athlete
Books for Understanding: Oil and Gas