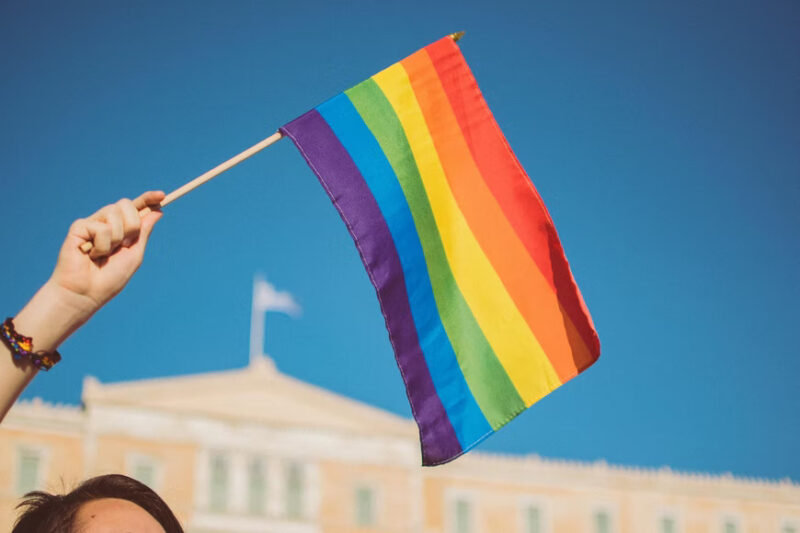 In honor of Pride Month, we are interviewing some of our authors who have published incredible books with UTP in Queer Studies. Read Laurie Marhoefer’s Q&A below:

What was the research process like for Racism and the Making of Gay Rights? What were some surprising things/sources you found during your research?

Oh my gosh, I had a super exciting and surprising day in the archives in Berlin that really changed the book. This started out as a book about the racism in Magnus Hirschfeld’s theories, and it’s about that too, but then it took a different turn at the end of my research process, when I found out that Li Shiu Tong had begun to write a book about his own theories of sexuality. Li is the younger guy in my book, the medical student from Hong Kong who was Hirschfeld’s assistant on his world lecture tour. He lived in Vancouver at the end of his life. He was way more important than historians have previously thought. He supported Hirschfeld. He was his boyfriend. He also influenced his ideas. But until now Li has just been a footnote in biographies of Hirschfeld, and I think that’s not right. Li had his own ideas, and they departed from some of Hirschfeld’s! In Vancouver when he was old, he began to write a book about him and Hirschfeld and about Li’s own theory of sexuality. But when he died, it was almost thrown away. It ended up in Berlin. When I found out about his book I went to Berlin, to the Magnus Hirschfeld Society’s archive. They have the only copy of it. It was almost thrown away after Li died in Vancouver in 1993. A neighbor rescued it from the garbage. LI’s notes for the book are there, too. That was hugely exciting to see and it really changed my book. Li Shiu Tong became a much bigger part of my book; my book is a biography of him, as well as of Hirschfeld. I also ended up liking Li a lot more than Hirschfeld.

The hardest thing was to do justice to Li. That was because Li didn’t leave behind many papers in which he wrote about himself and his life. We don’t know if that’s because he didn’t save much, or because no one though his papers were important enough to save. Maybe the neighbor who pulled his book manuscript and other stuff from the garbage didn’t pull out everything. I had to cobble things together and also deal with the fact that so many of the gay white men who wrote about Li were racist, Hirschfeld included. But a portrait of Li’s life comes through, nevertheless. Li’s own book was the most valuable source for me.

What was your experience working with the editor/editors of this book?

It was fantastic. I love working with UTP. Stephen Shapiro in particular really helped me. We had some early conversations when I was planning the book that I found really encouraging and that helped me come up with the structure. The book has a weird structure. It’s half biography and half intellectual history. Kind of a mash-up. But I really like how it turned out.

I hope that in this book people will find the important story of a queer Asian Canadian man, Li Shiu Tong. There isn’t enough queer Asian Canadian and Asian American history from the first half of the twentieth century! Li was so important to the history of gay rights, though. His story is fascinating. And his theory of sexuality is amazing – he thought most humans were queer! I also hope that people will re-evaluate Magnus Hirschfeld because of this book. He’s a fascinating guy, too, and some of what he did was good. He also had really dark moments. His thought contains a persistent and strong anti-Black racism. He was misogynistic. His ideas about disabled people were horrible. We have to confront all that. He was so important in the history of gay rights. The guy basically invented gay rights politics as it came to be in the 20th Century. We have to confront his racism and his other bad ideas. At the same time, his story also shows that it didn’t have to be that way. Even he saw that gay rights could be a broad and anti-racist, anti-imperialist politics. He went another way at the end. But even he saw the possibilities for a better gay politics. Gay politics has to fight racism. It can’t ignore racism. His story, and the story of his love affair with Li, demonstrates that.

Since it is Pride Month, we wanted to ask: do you have any favourite Queer Studies books or writers/scholars that you would recommend?

Yes! Richard Fung’s films and essays – everyone check out his website! Audre Lorde’s memoir Zami. Kevin Mumford’s book Not Straight, Not White – I love the parts on Lorraine Hansberry, James Baldwin, and Bayard Rustin. Amber Jamilla Musser’s work, too, so important and cool, check out her website. C. Riley Snorton’s Black on Both Sides – trans histories – super cool. David Eng’s Racial Castration is a classic, just an amazing book. Anna Hájková’s work on queer Jewish women and men during the Holocaust is transforming the field. Everyone watch Paris is Burning if you have not already. I really enjoyed Framing Agnes, too, about trans people and the UCLA clinic, it’s just out! Something I’m reading now and loving is Guttermann, Her Neighbor’s Wife – wow, a lot of 1950s housewives were having queer sex! Sam Huneke’s new book on the two Germanies and gay men and politics, States of Liberation, also with UTP! People who are into queer German history should also read Craig Griffith’s new book on gay liberation, The Ambivalence of Gay Liberation.

Laurie Marhoefer is the Jon Bridgman Endowed Associate Professor in History at the University of Washington.