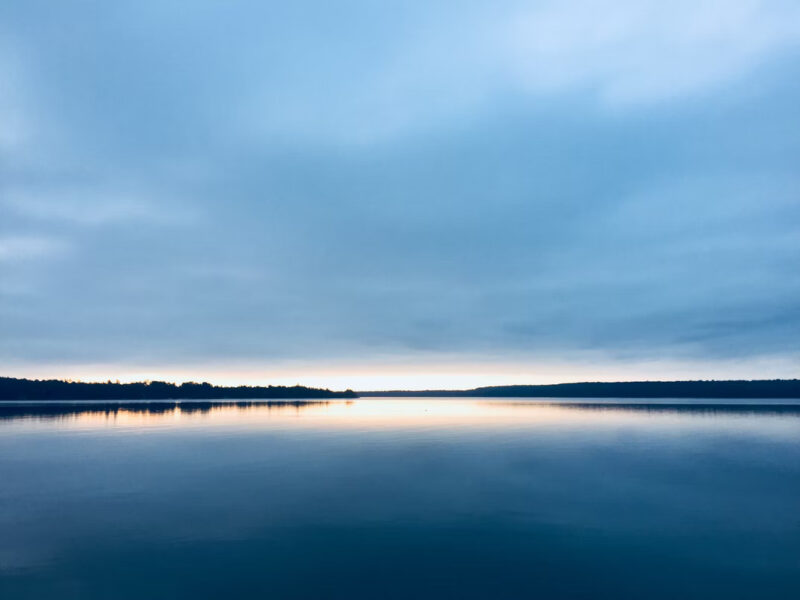 In honor of Indigenous Heritage Month, we interviewed UTP author Lianne C. Leddy who published her book Serpent River Resurgence with us earlier this year. Here are her Q&A answers:

What was the research process like for Serpent River Resurgence? What were some surprising things/sources you found during your research?

I came to this study because of my interest in community and family history and my own lived experience – I am Anishinaabekwe and also the daughter of a settler miner; I’m a member of Serpent River First Nation and I grew up in Elliot Lake. This book was originally based on my dissertation research, which I completed at Wilfrid Laurier University in the Tri-University Program in History. It looks at the environmental and wellness impacts that uranium extraction at Elliot Lake had on Serpent River First Nation, focusing on the Serpent River watershed and the Noranda acid plant, which made sulphuric acid. I also emphasize the activism of community members in addressing these issues.

My research methodology combined archival and Indigenous oral history research, which readers will be able to see throughout the book. I visited Library and Archives Canada, the Archives of Ontario, the Laurentian University Archives, and used the holdings at the libraries of Serpent River First Nation and Elliot Lake, respectively. I also relied on the Elliot Lake Standard, which was invaluable to the study of local events as they unfolded. I will share that the most powerful and inspiring part of the process was learning from Elders in the community, including my own grandmother. I heard her tell these stories years before when I was a child and watched and learned from her when she was still an active community member on Serpent River First Nation Council and a school board trustee. I’m not sure there were big surprises per se, but interviewing my grandmother in a formal context, even though it was at her incredibly familiar kitchen table, was a lot more stressful and intimidating than I had anticipated!

As I take up a new position in the History department at Laurier this summer, I’ve been reflecting on the roles of Indigenous historians as we work on Indigenous histories throughout what is now Canada. Increasingly, Indigenous scholars are pushing the scholarship in our discipline into more recent temporal periods and challenging long-held assumptions about the timelines of decolonization in Canada with the understanding that reconciliation is still very much a work in process. This is an exciting time for Indigenous history in Canada, and I hope that my work contributes to these important discussions. June is Indigenous History Month, and as Canada continues to be confronted with its colonial past and present, it is crucial that we have Indigenous peoples leading these discussions now and throughout the year.

Since it is Indigenous History Month, we wanted to ask: do you have any favourite Indigenous Studies books or writers/scholars that you would recommend?

I think it is important to read personal narratives and histories of Indigenous peoples written by Indigenous thinkers, and I use that word purposefully. As Anishinaabe thinker and educator Basil Johnston wrote in the early 1990s, there is a long western tradition of seeing Indigenous literatures as lacking rigour and relevance: “What has prevented the acceptance of Indian literature as a serious and legitimate expression of native thought and experience has been indifferent and inferior translation, a lack of understanding and interest in the culture and a notion that it has little importance to offer to the larger white culture.”[1] As Johnston and others have argued, the reality is that we have long traditions to continue as Indigenous writers. In my introduction to Indigenous Studies class, I’ve assigned A Mind Spread out on the Ground, a moving autobiographical account by Haundenosaunee writer Alicia Elliott. I highly recommend Unreconciled: Family, Truth, and Indigenous Resistance, by Serpent River First Nation member Jesse Wente, which was a Globe and Mail best book of the year in 2021.

Who are the Indigenous scholars that have most influenced or inspired you?

In many ways, I’ve learned a lot and benefitted from the work done by trailblazing Indigenous scholars. Not only did their works provide an example of what is possible when we meld our traditions and stories with the historical discipline, but they have also been generous with their experience in sharing it with emerging scholars. Canadians should read the works of Kim Anderson, Alan Corbiere, Susan Hill, Robert Innes, Brenda MacDougall, Mary Jane Logan McCallum, and Winona Wheeler. They are also board members of Shekon Neechie, an Indigenous history website that features thoughtful posts on both current and historical issues from Indigenous perspectives.

Lianne C. Leddy is an associate professor of indigenous studies at Wilfrid Laurier University and a member of Serpent River First Nation.